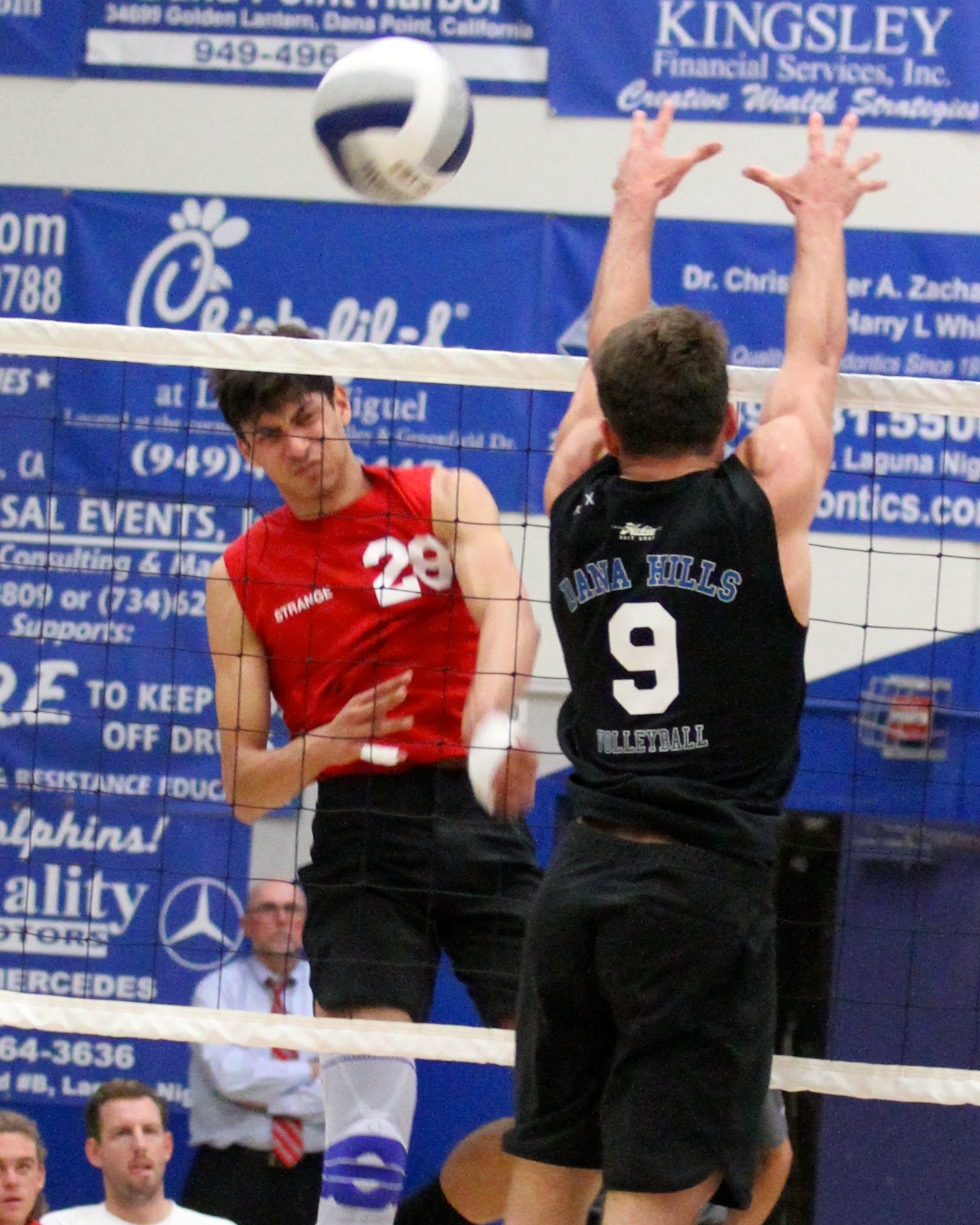 Tritons Volleyball Swept Away By Dolphins

Last season, the Dana Hills boys volleyball team jumped out to early 2-0 set advantages against San Clemente in both of their South Coast League tilts, only to see the Tritons storm back and win in five sets on both occasions.

On April 2, in their first meeting of the 2015 season, the Dolphins again led 2-0 early but overcame last year’s woes by sweeping the Tritons in the third.

San Clemente was led by outside hitters Brandon Hopper and Aaron Strange, who each had eight kills. Liam Walsh had 11 digs and Markus McGuire had 24 assists.

San Clemente will host Laguna Hills in a league matchup on April 14.

The San Clemente boys lacrosse team led Great Oak by two goals after the first quarter of play in their nonleague match on April 7. The Tritons were able to maintain that lead the rest of the way and held on for an 18-14 victory over one of the better teams in the Southland.

San Clemente held a 5-3 lead after one quarter and Great Oak mounted a comeback in the second. Great Oak tied it up with the Tritons 8-8 just before the half, but San Clemente’s Branden Wilson scored a last-second goal to give the visitors a one-goal lead at the midway point.

Garrett Eslick, Eric Zoe and Jack Renard scored three consecutive goals for San Clemente to start the third. Both teams exchanged goals for the rest of the game but Great Oak could not overcome the deficit.

Renard finished with seven goals to lead all scorers. Elsick scored five and Wilson had three.

The Tritons will return to South Coast League play April 14 in a game against rival Tesoro.

Baseball in the Mix at Boras Classic Tournament

Coming off the high of winning the National High School Invitational tournament two weeks ago, the San Clemente baseball team fell flat against Mission Viejo and their ace pitcher Patrick Sandoval when they returned home on March 31. Sandoval pitched a complete game gem and the Diablos won, 3-0. It was the first loss of the year for San Clemente.

The momentum of the top ranked team in CIF-SS Division 2 was only halted for a moment, however, as the Tritons bounced back with consecutive league wins over Laguna Hills and San Juan Hills on April 1 and April 2, respectively.

San Clemente (14-1, 3-1 league) entered the Boras Classic tournament at JSerra Catholic on April 7 and won their opening match against Chatsworth, 3-1. Senior Will Tribucher picked up the win for San Clemente following a five-inning shutout effort.

San Clemente was set to face Alemany in the tournament quarterfinals on April 8. Results were not available at press time.