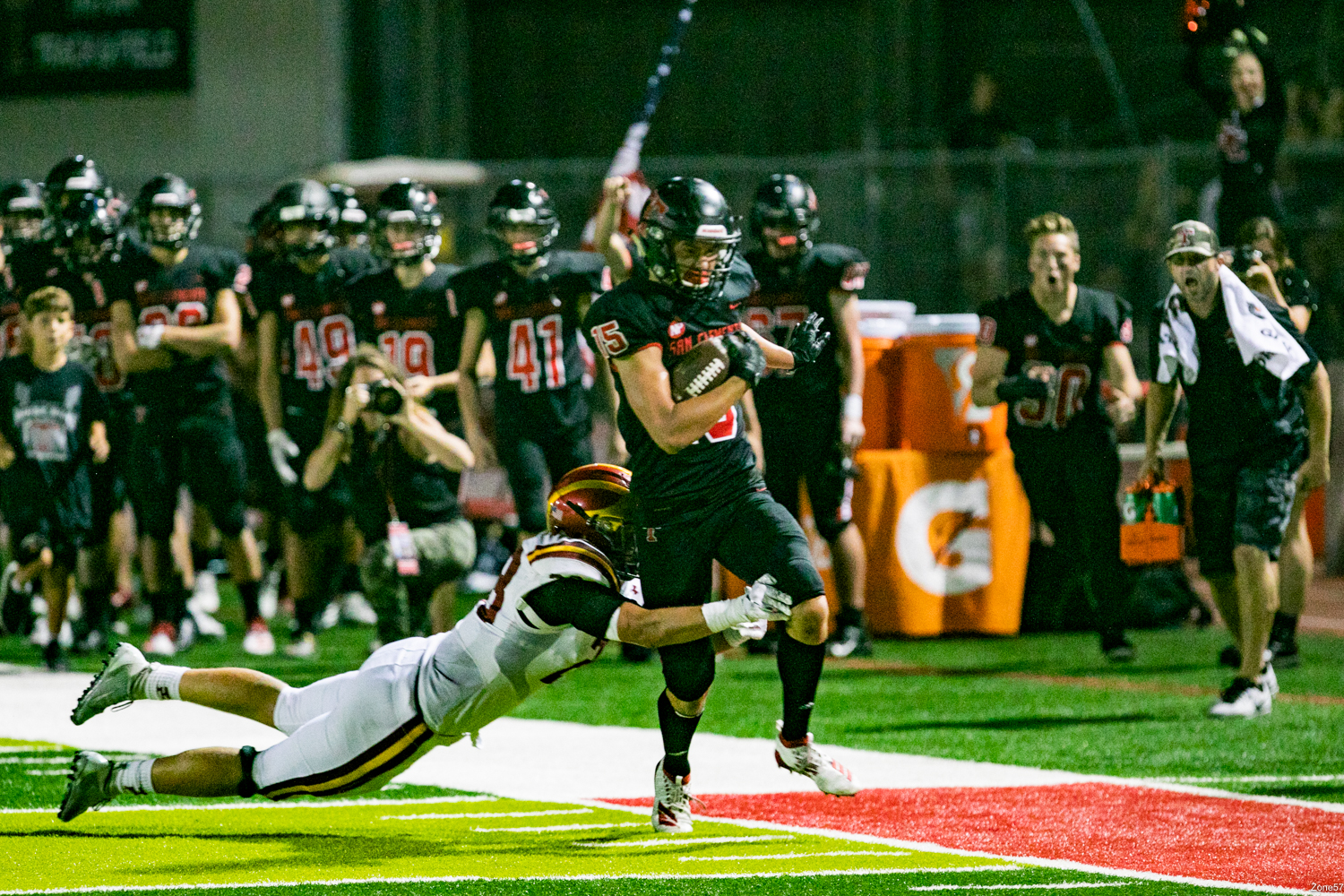 On Friday, Oct. 11, the Tritons demolished El Toro on the road with five interceptions from five different players in a 42-3 rout. San Clemente (7-1, 2-0) held the Chargers to 186 yards of total offense and minus-2 yards rushing.

In their two meetings since El Toro moved back up to the South Coast League, San Clemente has outscored the Chargers, 105-16, while winning both games.

Capo Valley is coming off a 63-13 home loss to Mission Viejo. In their first season under head coach Sean Curtis, the Cougars alternated big wins and big losses through their nonleague schedule and came off a bye week to open league against the Diablos, ranked No. 4 in Division 1 and 2.

The Tritons beat a senior-laden Capo Valley team last season, 35-26, and will be favored to beat the Cougars again to set up a league title grudge match at Mission Viejo on Oct. 25.

After dropping a four-set match to Tesoro on Thursday, Oct. 10, the San Clemente girls volleyball team was still in line to repeat as league champions, although this season’s title will be shared.

The Tritons went undefeated and relatively unchallenged on the way to the Sea View League title last season, but Tesoro provided plenty of pushback this season. The teams’ first match on Sept. 24 went San Clemente’s way in a five-set thriller, and Tesoro evened the score with a strong second-match performance.

With both San Clemente and Tesoro slotted for CIF-SS Division 2, a coin flip will determine seeding. CIF-SS brackets will be released on Oct. 19, with wild-card matches on Tuesday, Oct. 22 and first-round matches on Thursday, Oct. 24.