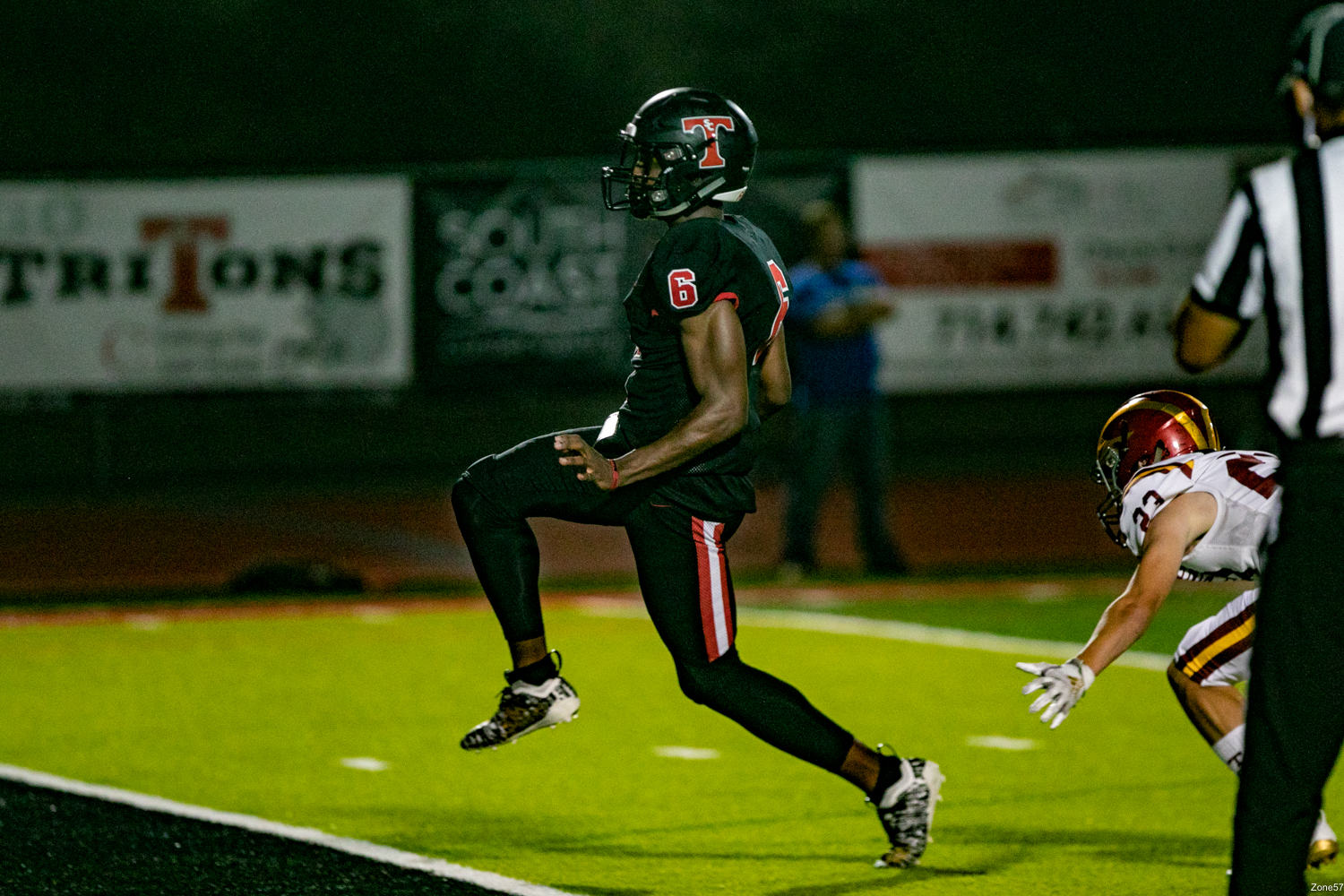 San Clemente football had its stage to make a statement and made the most of it on Friday, Oct. 4.

With all eyes of the town on them for homecoming and all eyes of the Southern California football community on them for Fox Sports West’s Game of the Week, the Tritons had another spectacular defensive effort and an incredible performance by quarterback and cornerback Nick Billoups to defeat Tesoro, 44-28, in both teams’ South Coast League opener.

San Clemente (6-1, 1-0) forced six turnovers, including two interceptions by Billoups, and scored 31 points off those turnovers. Billoups returned an interception for one of his five touchdowns on the night, with two rushing touchdowns and two passing touchdowns.

The Tritons have collected an astonishing 25 turnovers in seven games this season.

Tesoro (6-1, 0-1) had been marked as a contender for second place in the South Coast League, but the Titans, ranked No. 6 in Division 3, now sit behind San Clemente and still have league favorite Mission Viejo, ranked No. 4 in Division 1 & 2, to contend with in their season finale on Nov. 1.

San Clemente scored a big win over a fellow Division 1 & 2 foe on Saturday, Oct. 5, to move up in the CIF-SS rankings.

The win pushed the Tritons (10-2, 3-0) up to No. 11 in the latest rankings. The top eight teams will make up the Division 1 playoff bracket. As of now, San Clemente figures to be a top seed in Division 2 come playoff time.

The Tritons return to South Coast League play against Tesoro on Oct. 15 and host rival Dana Hills on Oct. 17.