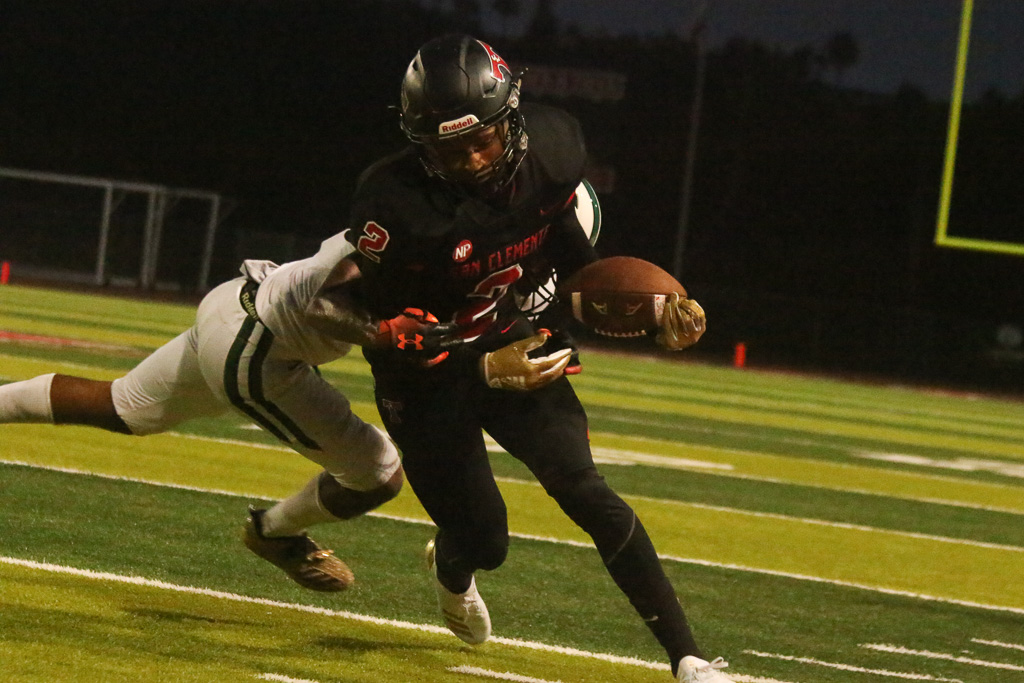 San Clemente football will play its most important game of the season on Friday night.

The Tritons’ playoff hopes will be made or broken when it travels up the road to Capistrano Valley as the teams fight for second place in the South Coast League and the last guaranteed playoff spot out of the league.

San Clemente (4-4, 2-0) has responded well in league with a strong win at Tesoro and a blowout win over El Toro, 63-13, on homecoming night. However, if San Clemente does not win either of its final two games against Capistrano Valley and Mission Viejo, the Tritons would likely finish in third place and below .500 overall, which would make them ineligible for the Division 1 playoffs.

Capistrano Valley (6-1, 0-1) opened league play last week with a surprising effort at Mission Viejo. The Cougars scored the game’s first two touchdowns and held strong against the Diablos with a tie into the fourth quarter. Mission Viejo ultimately won, 31-24, but the Cougars’ play was not overlooked.

Capo Valley is led by senior quarterback Nathan Manning. Manning, who is also an all-CIF baseball player, is completing 60 percent of his passes for 1,895 yards and a whopping 30 touchdowns.

San Clemente (26-7, 8-0) was winless in the South Coast League last season, but the Tritons have rebounded strongly into the Sea View League.

San Clemente hosted University for its season-finale senior night on Wednesday, Oct. 10, but results were not available at press time.

CIF-SS playoff brackets will be released on Saturday, Oct. 13 with the first round matches taking place on Oct. 18

San Clemente now turns back to league play and an opportunity to put the league title on ice at Dana Hills on Tuesday, Oct. 16