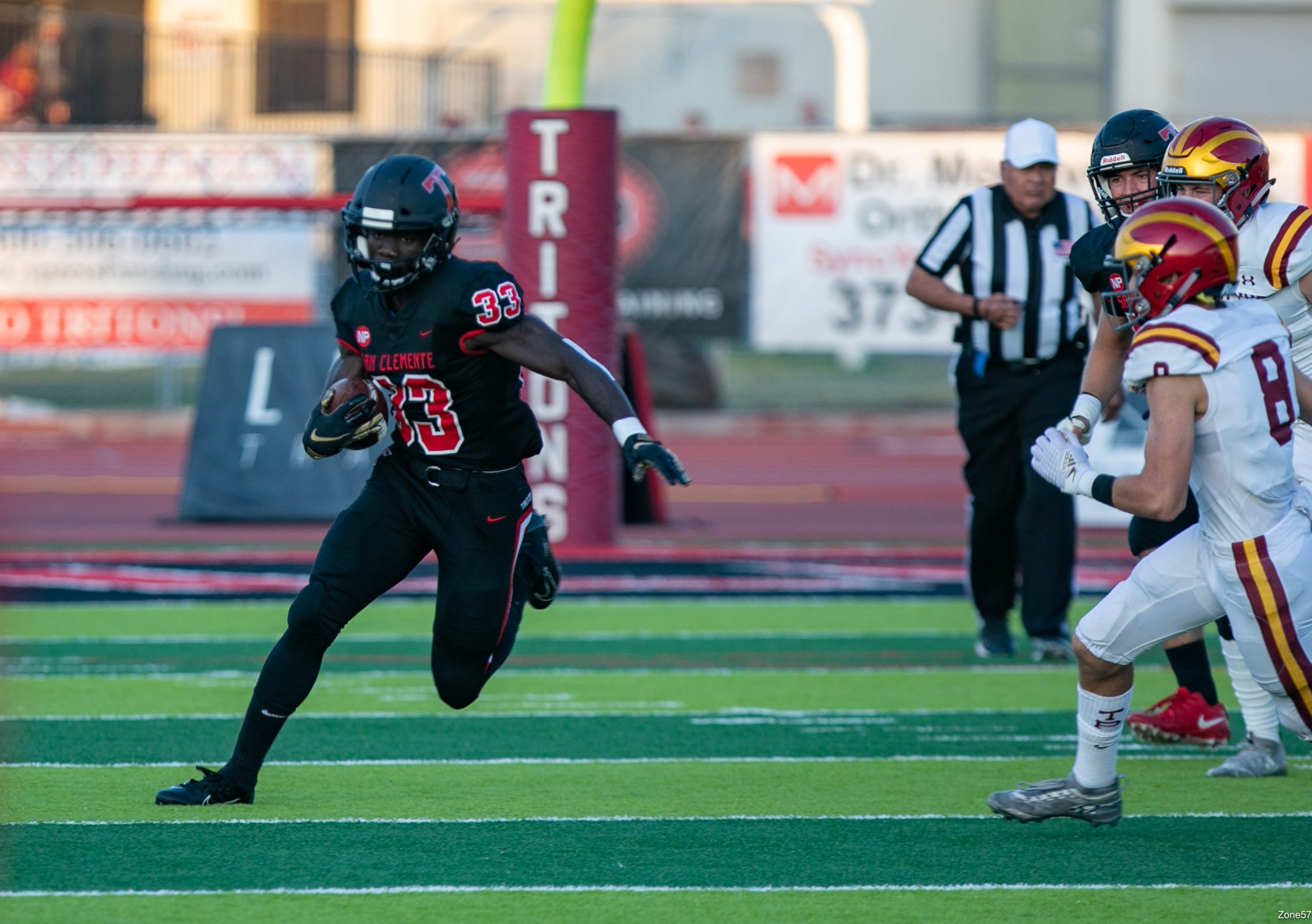 This was supposed to be game week.

The San Clemente football team was supposed to host its season opener against Oceanside on Friday, Aug. 21.

Instead, as has been written over and over since the mid-March coronavirus shutdown, the wait continues.

As of Thursday, Aug. 20, instead of the season opener being one day away against Oceanside, the scheduled kickoff to this football season is 141 days away at Torrey Pines on Jan. 8. Instead of having completed two weeks of full practices, official football practices are 116 days away on Dec. 14.

Even the limited conditioning camps that Capistrano Unified School District teams initially had been given clearance to start have taken on an extra wait time. Those workouts, that were originally scheduled to take place on July 6 before being canceled, were given the go-ahead to begin on Tuesday, Aug. 18, as students throughout the district started their school year via distance learning. San Clemente football won’t begin those workouts until this next Tuesday, Aug. 25.

Of course, what’s a couple extra days at this point?

Triton football players were given the week to settle in to their distance learning schedules before starting up the group conditioning exercises next week.

The conditioning camps will be conducted without equipment and in groups of nine players with a coach. The workouts will be socially distanced, with arrival and exit times staggered for each group. Everyone involved will get daily temperature checks and wash their hands coming in and out of the facilities.

After weeks of Zoom meetings and workouts posted on social media, players and coaches will take what they can get as the countdown marches on into a new era of high school sports.

As San Clemente High alumnus Sam Darnold prepares for his third season in the NFL, the New York Jets’ behind-the-scenes web show, One Jets Drive, detailed his journey from San Clemente High School to USC to the NFL in its second episode on Aug. 11.

In the portion focused on his early days in San Clemente, Ortiz highlighted Darnold’s early and evident next-level athleticism.

“I met Sam when he was about 5 years old,” Ortiz said in the episode. “Sam was kind of like the local legend as a young kid being at the youth camps, football camps, soccer camps of being the next phenom in our local town.”

Darnold showcased his abilities in multiple sports, including football and basketball at SCHS.

“As a kid, you have so much pent-up energy,” Darnold said. “For me, I just wanted to compete no matter what. You played as many sports as possible.”

The episode also featured segments on Darnold’s recruiting to USC and his Trojan career, with special emphasis on his memorable 2017 Rose Bowl performance.

One Jets Drive can be found on the Jets’ social media pages and at newyorkjets.com under the “video” tab.