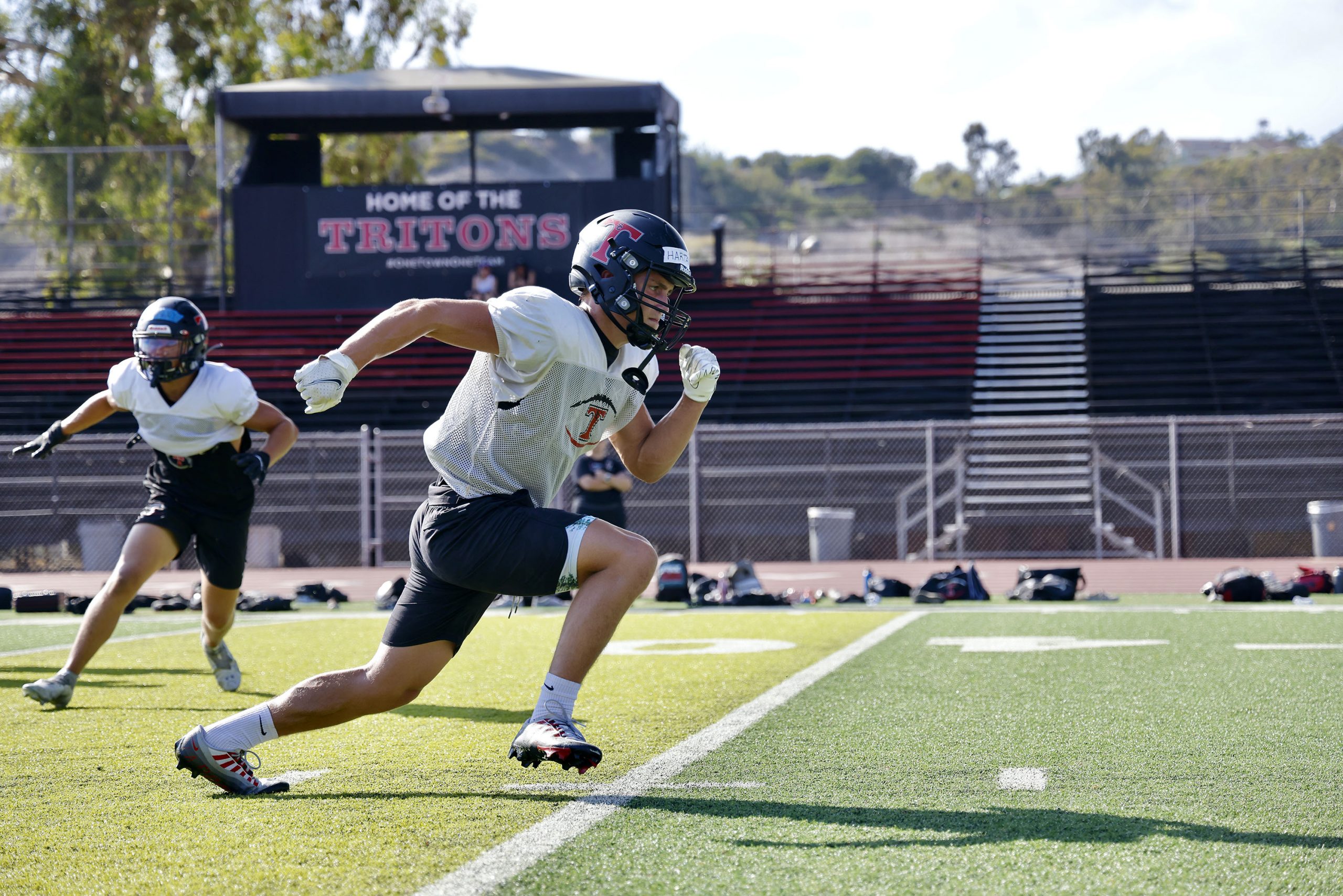 The Battle for the Base kicks off another high school football season on Friday, Aug. 19, as San Clemente travels south across Camp Pendleton to Oceanside High School.

This will be the sixth installment of the series, with the Tritons winning the four previous editions over the Pirates.

Friday will be a good opening test of San Clemente’s physicality. Oceanside is never short on size, and that continues with Roberto Garcia and Daniel Herrera on both sides of the line of scrimmage. Garcia is listed at 6-foot-4, 315 pounds, and Herrera is listed at 6-foot-2, 315 pounds. They’ll open lanes for returning running back Georgie Nau, and they’ll try to disrupt a San Clemente offense looking to reestablish itself after an up-and-down 2021.

Junior Broderick Redden will likely be leading that Tritons offense as the starting quarterback. Redden and junior Dylan Mills, a JSerra transfer, had battled it out for the top spot throughout the offseason, but Mills’ eligibility was still pending a CIF-SS decision as of press time on Wednesday. Redden will get the early opportunity to put his stamp on the position, especially if Mills is subject to a transfer sit-out period, which would last until late September.

While some fall sports get into action right away, including football and girls volleyball, a few more are still down the road.

Boys water polo kicks off on Aug. 31 at Beckman, but the Tritons don’t play their first home match until league play against Tesoro on Oct. 5.

Boys and girls cross country gets going in earnest on Sept. 10, as the girls race at the Laguna Hills Invitational and the boys travel to Hawaii for the Iolani Invitational.

Girls golf and girls tennis also get started next month.