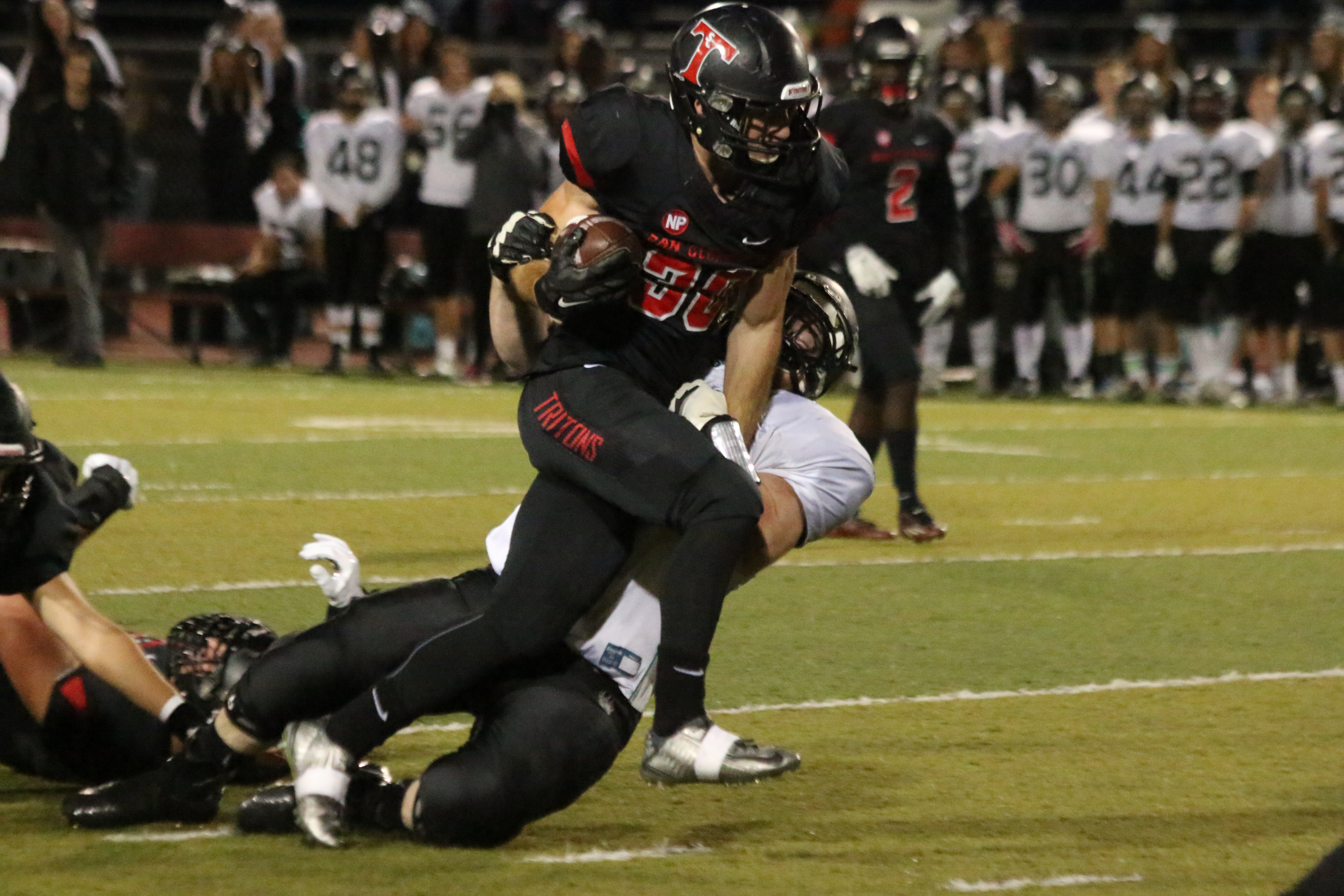 San Clemente will carry the momentum of their four-game winning streak into this week’s first-round playoff matchup against Sunny Hills.

Sunny Hills finished fifth in the competitive Freeway League and earned an at-large berth in the playoffs as a result of their scheduling.

The Lancers won only one game in league play but had three tough-luck losses. Sunny Hills lost to Troy, Sonora and Fullerton by a combined nine points. Both Troy and Sonora made the playoffs.

On offense, the Lancers rarely pass and, instead, tout a run-oriented attack. Through 10 games, Lancers quarterbacks attempted only 53 passes compared to 329 carries. Senior running back David Cabral leads the team in rushes (144) and yards (773). Running back Brandon Castelo is averaging 96.3 yards per game in seven games played.

After running through their first two playoff opponents, the San Clemente girls tennis team came up against Corona Del Mar, the No. 2 overall seed, in the quarterfinals of the CIF-SS Division 1 Championships. Corona Del Mar defeated the Tritons 14-4.

San Clemente defeated Viewpoint and Newport Harbor in the first and second round, respectively.

A coin flip to determine who would earn the South Coast League’s No. 1 spot in the CIF-SS Division 1AA playoffs did not fall in the San Clemente girls volleyball team’s favor. As a result of the coin flip loss the Tritons, playing as the league’s No. 2 team, traveled on the road to open the playoffs against Flintridge Sacred Heart on Nov. 10.

The Tritons were pushed to the brink, but ultimately came away with a five-set victory.

Senior Connor Dunne claimed the individual title at the Sea View League cross country finals on Nov. 5. Dunne’s time of 14:48.8 around the course at Irvine Regional Park was 15 seconds better than the second-place finisher.

The San Clemente boys water polo team is set to open the CIF-SS Division 2 Championships on the road against Damien on Nov. 12. Damien won the Baseline League and finished the regular season as the No. 6-ranked team in Division 2.

San Clemente finished the regular season with an 11-16 overall record and placed third in the South Coast League.

The San Clemente girls soccer program will be holding their annual alumni game on Nov. 25. The game will take place at Thalassa Stadium at 5:30 p.m.

Alumni who wish to participate are being asked to contact head coach Stacy Finnerty at slfinnerty@capousd.org. For more information, visit the program’s website www.schsgirlssoccer.com.