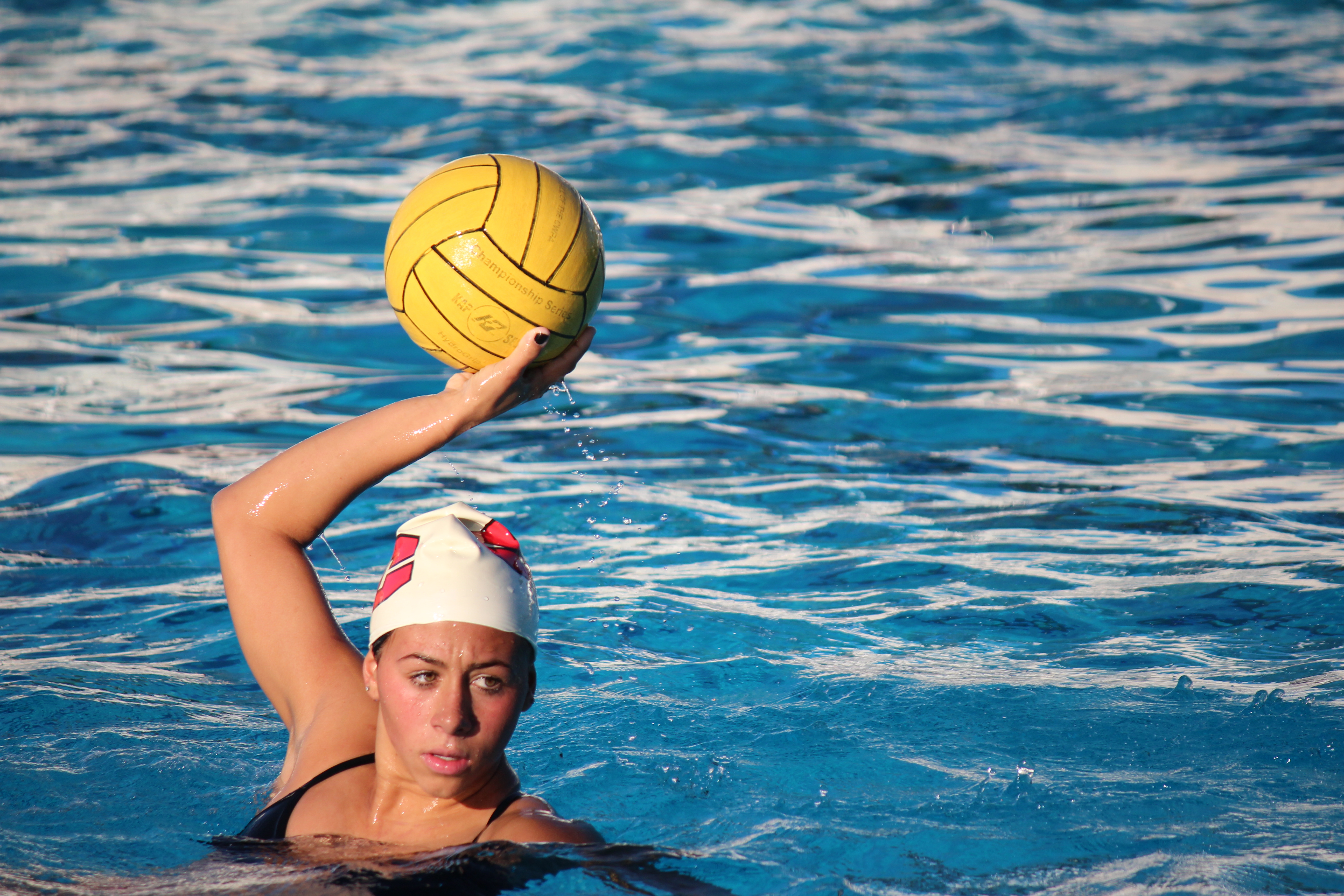 A second half offensive surge put the San Clemente girls water polo team over on Edison 9-7 on December 5 in the team’s opening game of the season.

The Tritons (1-0) and Chargers were deadlocked 5-5 after the first half of play but the Tritons were able to outscore their opponent 4-1 in the final two quarters to seal the nonleague win.

The Tritons had several players contribute on offense and they were led by Alaina Cousineau, who tallied a team-high three goals. Sabrina Schundler scored twice while Rachel Brownell, Marissa Echelberger, Brigette Kimbrough and Cassidy Smithson all scored once.

The Tritons will head north to the Villa Park Tournament from December 12-14 before hosting CIF-SS Division 2 powerhouse Mater Dei on December 17. The Monarchs are currently ranked No. 2 in the divisional standings. The Tritons are ranked No. 4.

Senior linebacker Garrett Fernandez was named to the defensive first team. Fernandez recorded 55 total tackles on the season and had one sack.

Senior safety Collin Zines was named to the defensive second team. Zines led the team with 69 total tackles and averaged 6.9 per game. Zines had one interception and forced one fumble on defense. Zines also played receiver, where he caught 12 passes for 138 yards and one touchdown.

At the Coast View Athletic Association meeting in November, it was decided that San Clemente will play in the Sea View League next season. San Clemente will be joined by Trabuco Hills in the move. The Tritons went 0-4 in league play in 2013 and the Mustangs went 2-2.

Dana Hills and San Juan Hills are moving from the Sea View League to the South Coast League, essentially swapping places with the Tritons and Mustangs.

The San Clemente boys soccer team started their 2014 campaign with a convincing 4-0 road win over Escondido on December 5. The Tritons (2-0) followed that up with a 3-1 win over Santa Ana on December 7.

The Tritons junior goalie Cole Martinez has been seldom tested in the early going, having made four saves in 150 minutes played. Martinez recorded his first shutout of the year against Escondido.

The Tritons were set to play a nonleague contest against rival Dana Hills on December 11. Results were not available at press time.

A December 13 nonleague match against El Toro is up next for the Tritons.

The Chargers are off to an impressive 5-0 start to their season, which includes a first-place effort in the Harold S. Young Tournament last week.

The last time the Chargers and Tritons squared off, in January, El Toro came away with a 2-1 upset victory. That snapped a 13-match Tritons unbeaten streak.

Matches against Santiago-Corona, Yorba Linda, Downey and Righetti are on tap for the San Clemente girls soccer team when they take the field at the Soccer With Hope Tournament in Yorba Linda this week.

Two high-profile invitational meets await the No. 7 ranked San Clemente wrestling team in the coming days. The first will take place at the Edison Beach Bash Invitational on December 13. The next day the Tritons are set to compete in the Mater Dei Invitational.

The tournaments will serve as a primer for the Tritons before they head into South Coast League duals competition.

San Clemente’s first league dual meet will be a tough one. The Tritons will travel to Laguna Hills on December 17 in a meet that could decide the league title. Last year San Clemente ended the Hawks 20-year undefeated streak in league play and the Tritons went on to claim the South Coast League duals trophy.

When the San Clemente boys basketball team opened their season with a tournament game against Woodbridge on December 2, the Warriors narrowly edged the Tritons in a 69-67 win. On December 10, the Tritons had a chance at getting some revenge when they hosted Woodbridge in a nonleague game.

But this time the Warriors did not allow the contest to be so close. Woodbridge stifled the Tritons (1-4) in the second half, outscoring them 31-20, to earn the victory.

The Tritons will host Steele Canyon in a nonleague game on December 12.

The San Clemente girls basketball team went 3-1 at the South Coast Tournament at University High School from December 4-7, including a win over Woodbridge in the silver medal game.

The Tritons (3-1) recorded a 61-52 win over University on December 4 before falling to Foothill 65-43 in the second game. A convincing 70-46 win over Woodbridge sealed the second-place finish for the Tritons.

Seniors Jessica de Gree and Kathleen Hartmann were named to the all-tournament team and the two seniors are a main reason why the Tritons are off to a hot start.

De Gree has been the Tritons go-to scorer, having scored at least 11 points or more in all four games played. In the games against Foothill and Woodbridge, de Gree recorded 22 points and 10 rebounds and 19 points and 10 rebounds, respectively. She’s been this productive all while shooting 71 percent from the field.

Hartmann averaged just above 11 points per contest throughout the tournament and dished out a season-high four assists in the win over Woodbridge.

The Tritons will host Fairmont Prep on December 14 before heading out of state to take part in the Las Vegas Holiday Classic, where they will face tough competition from throughout the Southwest.