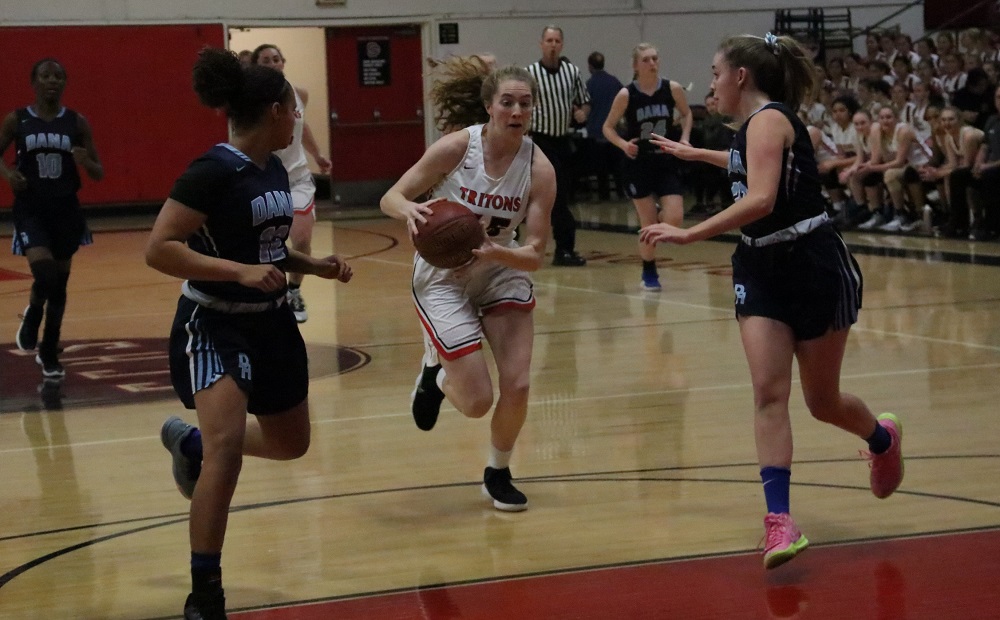 The San Clemente girls basketball team has not won a league title since 2014-15 and had not beaten Aliso Niguel since that same season, the last before current head coach Keri Husbands began her tenure.

The Tritons don’t have that league championship yet, but they took a major step forward by overcoming their Wolverines demon on Tuesday, Jan. 14.

Ella Gardiner brought a monster 19-point, 26-rebound effort, and Jessie Blaine added her own double-double with 17 points and 14 rebounds as San Clemente held on for a 52-50 win over Aliso Niguel at San Clemente High School.

Aliso Niguel had won its previous 15 South Coast League games and had won eight straight against the Tritons until this week.

San Clemente plays at Capistrano Valley on Thursday, Jan. 16 and then plays Los Osos in the Norco Extravaganza on Saturday, Jan. 18.

The Tritons return to league play at Dana Hills on Jan. 23 and host Tesoro on Jan. 28. San Clemente closes the regular season at Aliso Niguel on Feb. 3.

San Clemente boys soccer (15-1-2, 1-0-1) remains the top team in CIF-SS Division 1 with another week at No. 1 in the latest rankings. The Tritons beat Capistrano Valley, 2-0, and played a scoreless draw at Mission Viejo to open league. San Clemente hosted San Juan Hills on Wednesday, Jan. 15, but results were not available at press time. Tritons next host Capistrano Valley on Jan. 24.

San Clemente girls water polo (6-9) is ranked No. 18 in the Division 1 and 2 poll going into the South Coast League. The Tritons open the single round of league play at Aliso Niguel on Thursday, Jan. 16 and host El Toro on Jan. 21 and Tesoro on Jan. 23. San Clemente plays at Dana Hills on Jan. 30 before the league tournament.