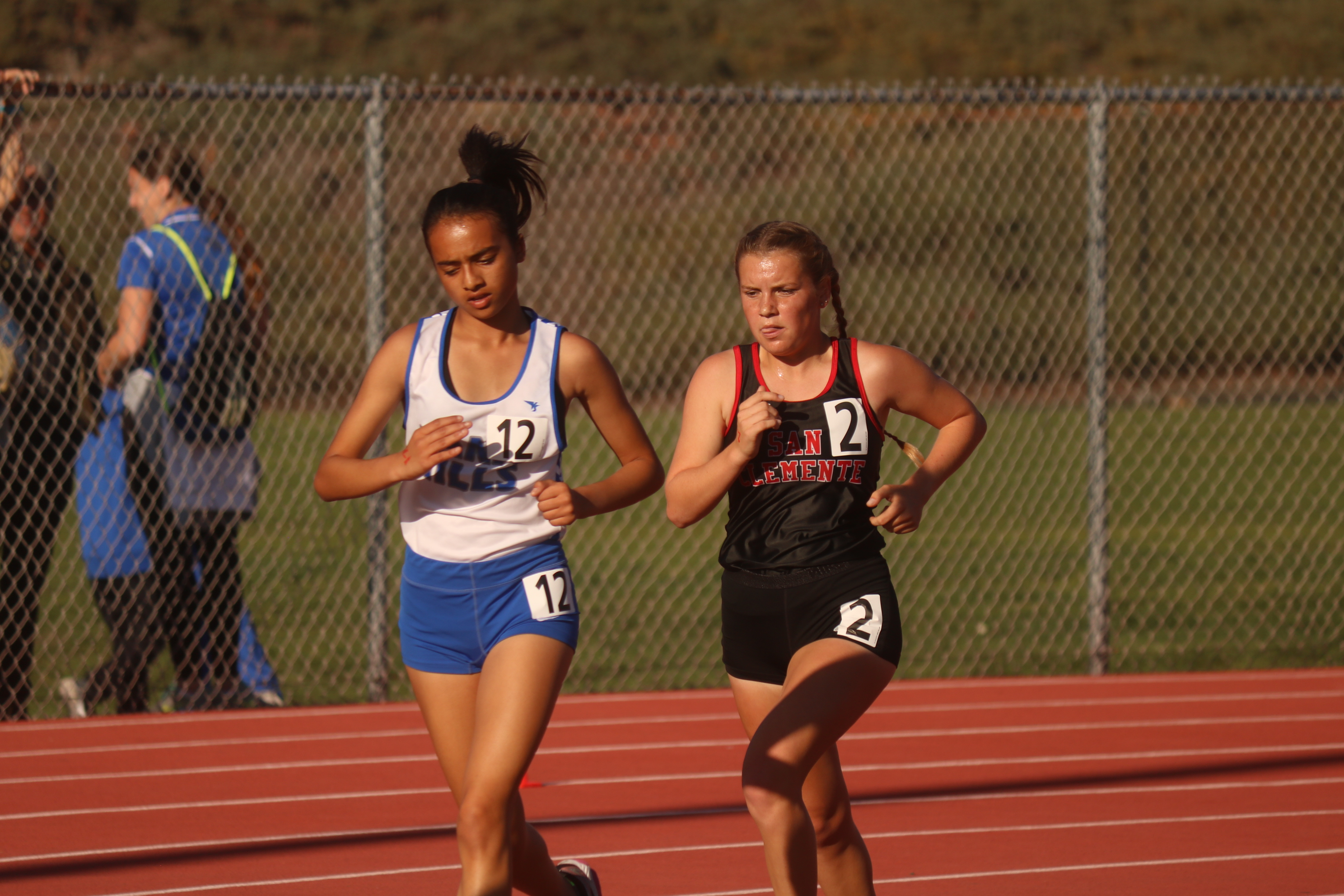 The focus for San Clemente girls track and field will be in the 1,600-meter and 3,200-meter on Saturday, April 14 in the Orange County Championships at Mission Viejo High School.

With the ACT scheduled that morning taking out the Tritons’ sprint and relay groups, senior Chandler Horton and sophomore Hana Catsimanes will handle the spotlight for San Clemente. They’ll each battle deep, talented and familiar groups in the distance races.

As a freshman last season, Catsimanes finished fourth in the 1,600, one second from the podium and six seconds from first place. However, nine of the top 10 from that race return this season, including the entire top five.

Catsimanes has the third-best county time this season in the 1,600, a time of 5:02 on March 9. Her personal record of 4:55 that she posted in winning last season’s South Coast League title would top the list this season.

Horton has a chance to put a stamp on her senior season in the 3,200.

Horton was the South Coast League champion in the event last season at 11:01 but did not run the race at OC Championships. Last season, she ran in the 1,600 and finished ninth.

In the 3,200, only four of the top 10 placers from last year’s OC Championship race return, but three of the returners were in the top five last season.

Horton has the county’s fourth-best time this season with a personal record of 10:54 on March 24 at the Azusa Meet of Champions. All three of the top four times were posted at that event.

San Clemente played its first game in 12 days and first league game in 17 days, but the break did no favors to change the Tritons’ South Coast League fortunes so far.

On Tuesday, April 10, San Clemente cut its deficit to two runs in the sixth inning at Capistrano Valley, but the Cougars added three runs in the bottom of the sixth to win, 6-1.

San Clemente is now winless, 0-3, in the South Coast League, regarded as the toughest in the CIF-SS. The Tritons dropped one-run decisions in their first two league games.

Softball Gets Back Into Schedule

San Clemente will play its first game in 13 days when the Tritons host Aliso Niguel on Thursday, April 12. It will also be San Clemente’s second game in 22 days.

The Tritons’ one game they did play was a strong win in their league opener, 8-0 over Capistrano Valley on March 29. It was a promising sign for San Clemente, which won just one league game last season.