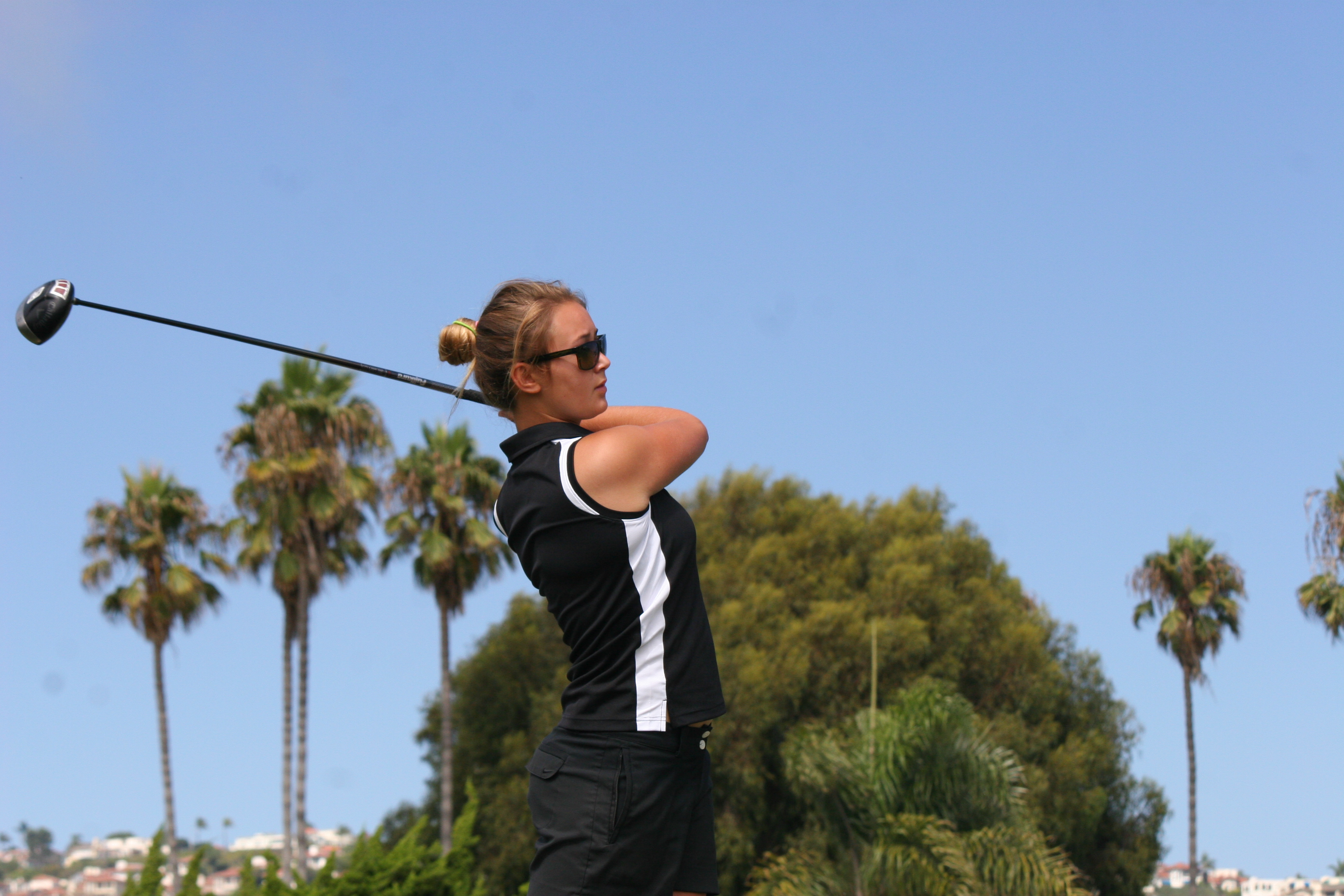 For scores, in-game updates news and more for all of the San Clemente High School fall sports programs, follow us on Twitter @SouthOCsports.

The Tritons (4-2, 2-0 league) first toppled the Dolphins on their home course at El Niguel Country Club on Sept. 23. San Clemente senior Alex Cooper led the way with a 36 (E) on the front nine to earn medalist honors.

The second match of the series, at Bella Collina Towne & Golf Club on Sept. 25, was closely contested. Cooper carded another 36 (E) to earn co-medalist honors in a narrow 211-214 San Clemente victory. The Dolphins Tori Hummel also shot a 36.

San Clemente had a busy week and played host to the Rainbow Sandals-Lady Triton Invitational at the San Clemente Municipal Golf Course on Sept. 26. Torrey Pines won the event while the Tritons finished eighth overall.

On Sept. 29, San Clemente finished fourth out of 24 teams at the Long Beach Wilson Invitational.

The first matchup was against Huntington Beach on Sept. 23. The Tritons were led by junior outside hitter Cali Hoye’s 26 kills in a three-set sweep of the Oilers.

The wins capped off a difficult nonleague schedule for the Tritons, who will open league play with a match against San Juan Hills (6-7) on Oct. 2.

At the event, San Clemente played three teams ranked inside the top-10 of their respective CIF-SS divisions.

The Tritons (5-5, 1-0) started the tournament off with a 12-11 overtime win over Agoura on Sept. 26. Chase Hamming had 10 goals in the victory over the No. 7 ranked team in CIF-SS Division 1. Colton Hamming had five assists and goalie Adam Sandor recorded nine saves.

At the start of the season, head coach John Stephens said the key to the San Clemente girls tennis teams’ success in 2014 will depend on their balance and depth. If the Tritons past two games are any indication, that balance appears to be emerging mid-season.

The Tritons defeated Capistrano Valley 11-7 and Laguna Beach 10-8 on Sept. 24 and Sept. 29, respectively. The win over the Cougars evened the Tritons South Coast League record at 1-1.

In the match against Laguna Beach, Neilson shifted to singles play, where she, along with teammates Sammy Neilson and Lindsay Hung, won two sets.

The Tritons were set to play a league match against Aliso Niguel on Sept. 30. Results were not available at press time.