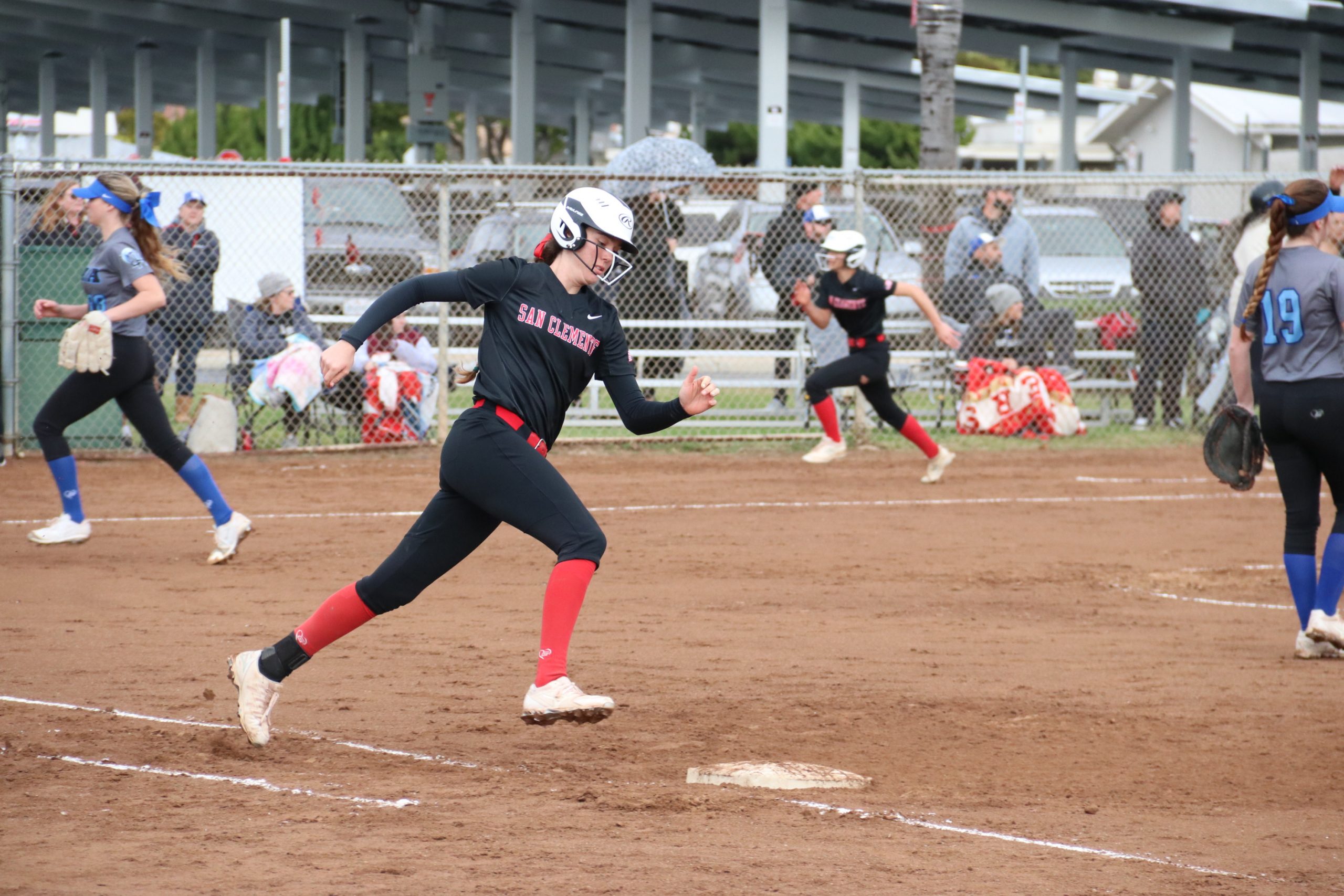 San Clemente softball continued its effort to find its footing under new coach Jasmine Watson, going 2-2 in the past week.

During tournament play at Laguna Hills on March 2, senior Samantha Kowalski struck again with her second walk-off hit of the season, this one a grand slam that broke a scoreless tie and lifted the Tritons to a 4-0 victory against the Hawks.

From there, the Tritons fell, 5-1, against Aliso Niguel on Friday, March 4, to finish that tournament and move on to the next.

The Tritons sit at 4-5 heading into a battle at San Juan Hills on March 10.

With a .500 record heading into the previous seven days of play, San Clemente matched its success through two reported games.

The Tritons first defeated San Juan Hills, 12-8, on March 2 behind an offensive outburst from Aidan Kaffi and Nick Favero, who scored four goals each, and returning all-league senior Dane DeCollibus, who had a hat trick of his own.

The Tritons traveled to Huntington Beach on Wednesday, March 9, but results were not available at press time.

San Clemente will next host Newport Harbor on Friday, March 11.

The Tritons head to San Marcos on Friday, March 11.

Another team working through its first season under a new coach in Jo Bisch, San Clemente fell at Huntington Beach, 3-0, on Thursday, March 3, to drop to 1-3 on the year.

During the Best of the West Tournament hosted by Poway, the Tritons shared Pool 2 with Mira Costa (Manhattan Beach), Del Norte (San Diego), and Campolindo.

The Tritons also lost, 2-1, to Thousand Oaks on Saturday, March 5, the final day of the tournament, according to MaxPreps.

The Tritons play at Corona del Mar on Thursday, March 10.