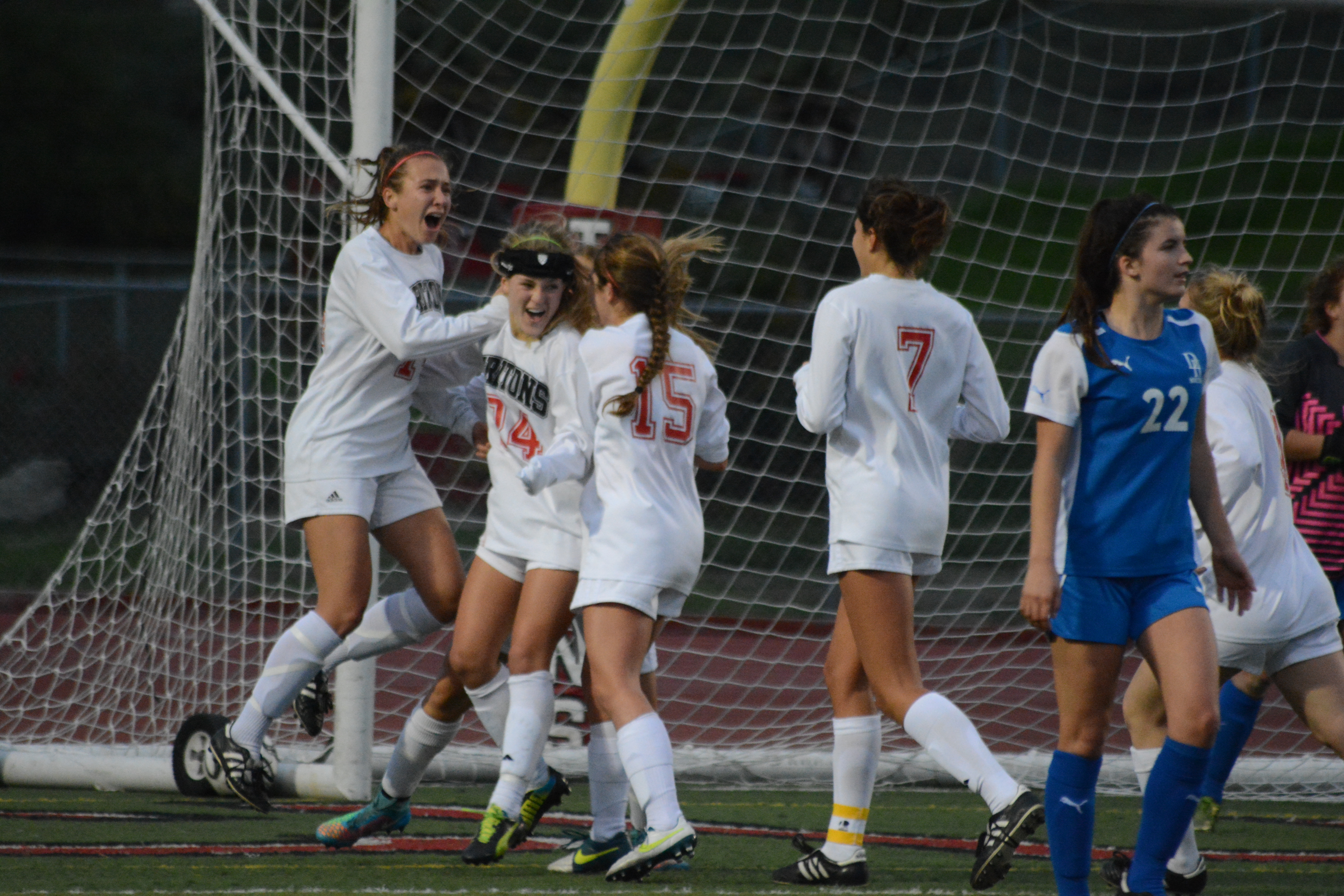 When the season began, it seemed like a majority of the San Clemente High School girls soccer roster was in need of a trip to the doctor. Injuries piled up and the team needed to come together fast.

San Clemente got out to a rocky start but now, with more and more players returning healthy to the lineup by the day, the Tritons are beginning to click into high gear.

With an influx of healthy players to the roster, San Clemente head coach Stacy Finnerty said her team focused on returning to the basics for the matchup against the Dolphins. The Tritons defense kept a clean sheet for a third straight game and controlled possession for most of the match in the wining effort.

“I think the reason we were successful (today) is we just went back to our roots. Just really trying to pay attention to the technical, the possession and not get hyped into who’s scoring and the goals against and the pressure and the monkey on our back about what we are doing, aren’t doing. And it worked for us today,” Finnerty said.

Sophomore goalie Lauren Brzykcy and the San Clemente (4-8-2, 2-2 league) defense posted their third straight shutout in league play. Brzykcy had been sidelined earlier in the season with an injury but returned at the start of league.

San Clemente’s Sophia Spralja opened up the scoring 22 minutes in after corralling a Dolphins clearance out of the box and burying home the put-back to give the Tritons a 1-0 lead.

In first half stoppage time Ellie Winkelmann, another player who recently returned from injury, scored on a curling shot from just outside the box that found the top right corner of the net.

The second half was much of the same for San Clemente, who outshot the Dolphins 6-1 over the final 40 minutes and scored again when Sydney Becker reeled in a nice long ball and beat the keeper to make it 3-0 at the 63-minute mark.

“We’ve just never had a group so I think it’s nice today they all finally clicked and found each other so I’m really excited,” Finnerty said.

The healthy Tritons lineup will have a chance to pull above .500 in league play when they host first-place Aliso Niguel on Jan. 29.

After two games played, the San Clemente boys basketball team finds themselves in first-place in the South Coast League standings. The Tritons (11-7, 2-0) most recently pulled off a wire to wire, 59-40 victory over league opponent El Toro at home on Jan. 16.

San Clemente’s win was never in doubt against the Chargers, as they built on an eight-point halftime lead and took a 49-29 lead into the fourth quarter.

The Tritons were set to travel to play Mission Viejo (5-13, 1-1) in a league game on Jan. 21. Results were not available at press time.

The San Clemente girls basketball team has settled into a winning groove over the last 10 days, recording three consecutive wins and totaling 65 or more points in each contest. Following a nonleague win over Lakewood on Jan. 10, the Tritons’ (11-7, 2-1) offense exploded against Aliso Niguel and Laguna Hills, respectively, in league play.

The Tritons posted a season-high in points against the Wolverines in a 79-44 win on Jan. 13 and followed up with a 74-32 trouncing of Laguna Hills on Jan. 15.

San Clemente is looking for a third straight South Coast League title and one of the major roadblocks standing in the way of their quest for a 3-peat is San Juan Hills (9-9, 2-0). San Juan Hills won the Sea View League last season and has yet to miss a beat since joining the South Coast League. The two teams will face each other on the Stallions home court on Jan. 22.

The Tritons (12-4-2, 4-0) have not lost a match since Dec. 20. Since that 1-0 loss to Servite over one month ago, the Tritons claimed the Oceanside Classic Tournament hardware and have won three consecutive league games. During the eight-game win streak San Clemente has produced five shutouts and has scored two or more goals seven times.

The team’s most recent win came in a 4-0 victory over San Juan Hills on Jan. 16. Senior forward Matias Ledesma scored a goal and tallied two assists in the win.

The Tritons have been one of the hottest teams in the area and appeared in the latest CIF-SS Division 1 polls in the No. 8 spot on Jan. 20. Following the match against Mission Viejo, the Tritons will face South Coast League rival El Toro, the current No. 3 team in Division 1, on Jan. 23. El Toro touts a 7-0-5 overall record but has not played as difficult a schedule as San Clemente. The Jan. 23 match will give the victor an inside track to the league title.

The Tritons (9-6, 1-1) pulled off wins over Mater Dei and Dos Pueblos before falling to Newport Harbor and Orange Lutheran at the event. San Clemente played the Lancers in the fifth-place game but came up short, 12-8.

San Clemente, ranked No. 3 in the CIF-SS, returned to league play on Jan. 20 and easily defeated Tesoro 20-5. Cassidy Smithson led the Tritons with six goals and two assists.

San Clemente was set to play rival Dana Hills on Jan. 21. Results were not available at press time.