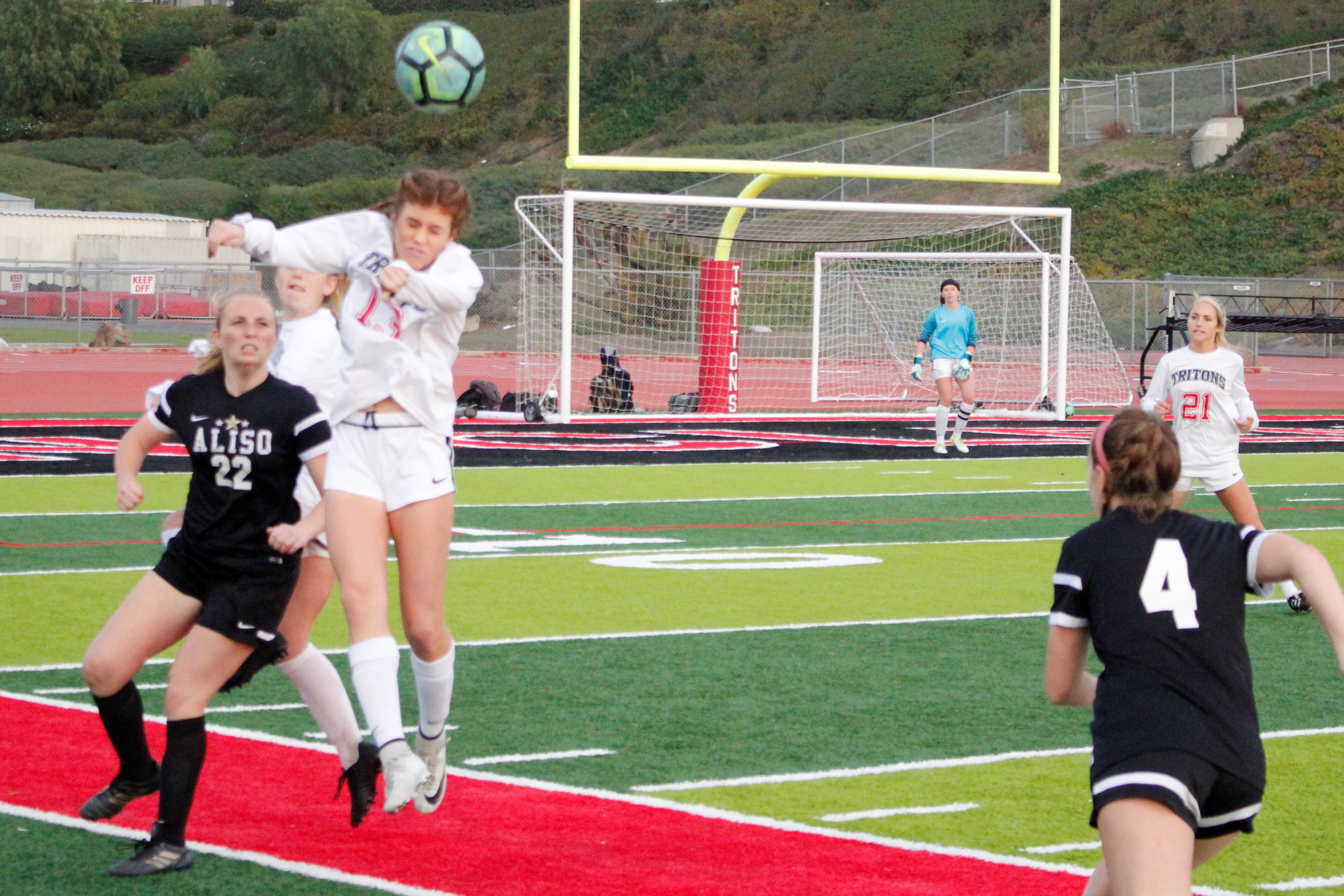 Girls Soccer on Top of League

The Tritons (14-1-4, 3-0-1) are unbeaten through the first run of the South Coast League and are on a seven-game unbeaten streak from their only loss of the season, 2-1, against Los Alamitos in the Excalibur Tournament on Dec. 27.

San Clemente has only allowed two goals in league, their sixth and seventh allowed all season, with Kelsey Bland collecting two shutouts. Bland had a nine-save shutout against Aliso Niguel on Jan. 16.

The Tritons have also had a balanced offense in league with six different goal scorers of their seven league goals. Senior Rylee Kerr has two league goals.

San Clemente remains the class of the South Coast League and has proved it with its firepower.

Through four wins in four league games, the Tritons (9-5, 4-0) are averaging nearly 15 goals per game while allowing just under three goals on average.

Ten players have scored league goals for San Clemente with Brooklyn Aguilera leading the way with eight. Aguilera leads the team with 31 goals this season. Caroline Christl, second in goals, scored six goals in a win over Mission Viejo, 17-2, on Jan 22.

San Clemente, No. 15 in the Division 1 & 2 combined poll, played Dana Hills on Jan. 24, but results were not available at press time. The Tritons continue against El Toro on Tuesday, Jan. 30.