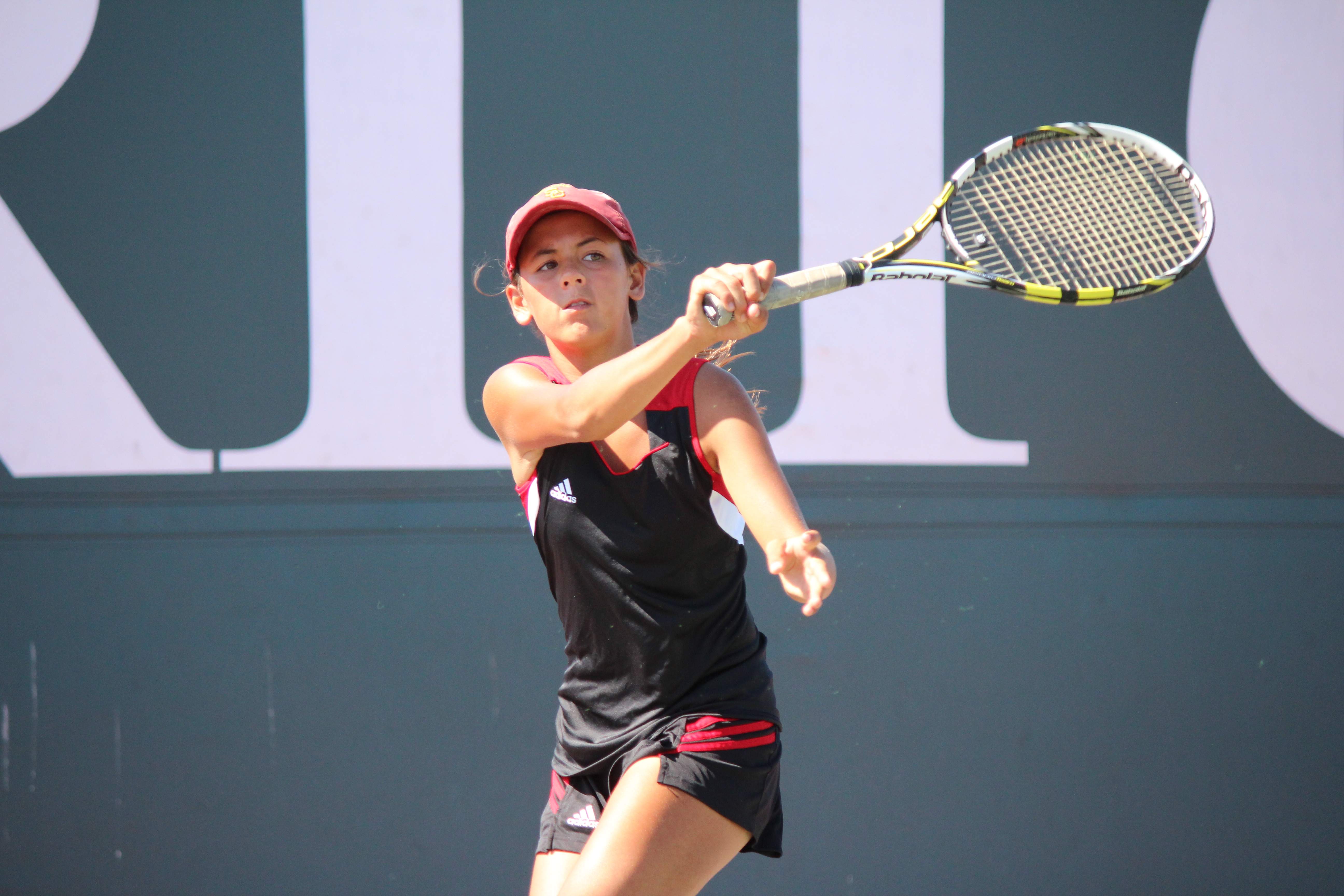 For scores, in-game updates news and more for all of the San Clemente High School fall sports programs, follow us on Twitter @SouthOCsports.

The San Clemente girls tennis team is in the midst of a streak that is putting them in position to contend for the South Coast League title.

On Oct. 2, the Tritons defeated Dana Hills 11-7, handing the Dolphins their first loss in league competition since 1991. One week later, San Clemente got a strong effort from their doubles teams in another upset victory over Tesoro.

The Tritons beat Tesoro, who was previously ranked in the CIF-SS Division 1 coaches’ polls, 10-8 on Oct. 9. The doubles units went 7-2 on the day, ensuring the win.

On Oct. 14, San Clemente continued their winning ways with a 10-8 victory over Capistrano Valley on the road. The Tritons were able to navigate around the Cougars’ standout singles player Katie Ta, who swept all three of her matches without dropping a point.

Following the three big wins, San Clemente is now ranked No. 10 in the CIF-SS Division 1 polls. They will host Aliso Niguel on Oct. 16.

The loss to Dana Hills came on the heels of the Tritons’ 2-2 effort in the California Challenge Tournament from Oct. 10-11 and snapped a three-game unbeaten streak in league play.

The Tritons will now travel to play San Juan Hills in another league match on Oct. 21.

The San Clemente boys cross country team kept their momentum going following a seventh-place finish in Division 1 at the Clovis Invitational on Oct. 11.

San Clemente pulled off a major win at the Sea View League Cluster Meet last week and continued their tight pack running up north at Clovis.

In terms of overall placement, San Clemente finished 38th out of 156 teams at the Clovis meet.

The season has been going well for the Tritons, who are looking to qualify for the CIF-SS Finals for the first time since 1995.

“I’d say it’s been a pretty good mix all around. They’re pushing each other to work harder,” head coach Dan Johnson said. “We’re definitely going to be let down if we don’t make it to CIF Finals and beyond this year.”

The Tritons will compete in the Orange County Championships at Irvine Regional Park on Oct. 18. San Clemente will be seeded inside the top-15 at the meet, according to Johnson.

Girls Golf Bounces Back With Sweep over Wolverines

After a tough luck loss to South Coast League rival Tesoro on Oct. 1, the San Clemente girls golf team responded with back to back wins over Aliso Niguel on Oct. 7 and Oct. 9.

Senior Alex Cooper carded three birdies and one bogey on the front nine of El Niguel Country Club on Oct. 9 to shoot a 34 (-2) and earn match medal honors in a 200-219 victory.

Despite having four runners place inside the top-25 at the South Coast League Cluster Meet at Irvine Regional Park on Oct. 8, the Tritons finished in fourth place. That’s the breaks when dealing with the competitive South Coast League, which features three teams inside the CIF-SS Division 1 top-10 rankings.

The team will head to the Orange County Championships at Irvine Regional Park on Oct. 18. The Tritons finished third at the high-profile meet last season.