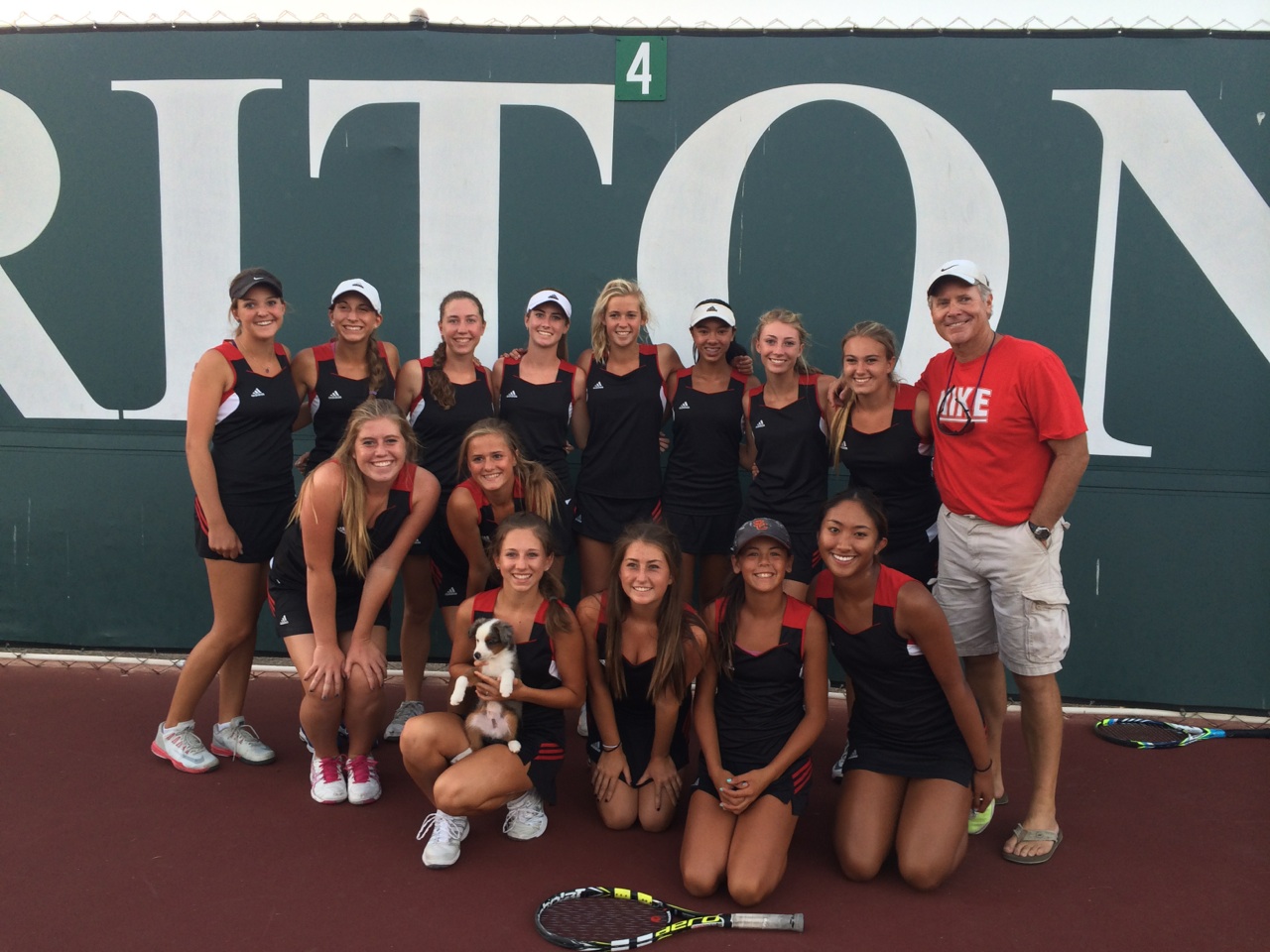 For in-game updates, scores, news and more for all of the San Clemente High School fall sports teams, follow us on Twitter @SouthOCsports.

For the first time in program history, the San Clemente girls tennis team earned a share of the South Coast League title. The Tritons finished the regular season with a 13-3 overall record, including a 6-2 run in the competitive league. The Tritons share the league honors with Dana Hills. The league title is the first in the program’s 35-year history.

The Tritons could have won the title outright, but lost to Dana Hills 11-7 in the final league match of the year.

The South Coast League finals were held at Laguna Niguel Racket Club on Oct. 28. Because of their first-place finish in league, the Tritons earned four entries in both the singles and doubles format of the event.

The San Clemente girls volleyball team got hot at the right moment late in the season.

On Oct. 21, the Tritons were jostling for position with Tesoro and Dana Hills at the top of the South Coast League standings with four games remaining on the schedule. The Tritons responded by winning three consecutive games to put them in first place.

The three wins guaranteed the Tritons (13-7, 6-1 league) a share of the league title. San Clemente’s last match of the season will be against Dana Hills on Oct. 29. If the Tritons win, they will claim the league title outright. Results were not available at press time. If San Clemente loses, Tesoro (10-5, 4-2) can hope to tie for first with a win over Capistrano Valley on Nov. 3.

Over the course of the Tritons last three games, junior outside hitter Cali Hoye ignited the offense by averaging just over 21 kills per match. She also averaged just over 16 digs per match during the same stretch.

Junior Libero Camille Davey had a season-high 37 digs against San Juan Hills on Oct. 21 and recorded 36 in the sweep of Tesoro.

In the first meeting between Dana Hills and San Clemente on Oct. 14, the Dolphins defeated the Tritons in five sets.

The 67th Mt. SAC Cross Country Invitational was held on Oct. 25. The historic meet is usually an indicator of where teams are at midway through the season and shows how things might shape up come time for the postseason.

The San Clemente girls cross country team finished ninth in the Division 1 sweepstakes race at Mt. SAC. Senior Katie Carroll led the team, posting a time of 19:03 for a 50th-place finish. Senior Kelsey Carroll finished 91st with a time of 20:21. Kelsey Carroll has been the Tritons top runner this season and has three medals on the year.

The South Coast League finals now await the Tritons, who will look to gain ground on the rest of the competitive field at Irvine Regional Park on Nov. 6. The Tritons head coach Dave Proodian said the team will need a strong finish at the league meet if they are to earn a wild card at-large berth into the CIF-SS Championships.

The San Clemente boys cross country team’s varsity squad got some rest this week, as head coach Dan Johnson decided to send seven junior varsity runners to Mt. SAC to compete instead. The Tritons underclassmen finished 21st out of 22 teams in the varsity race.

The Tritons will compete in the Sea View League finals at Irvine Regional Park on Nov. 5. The boys team won the league preview meet back on Oct. 7.

In order to have a shot at catching the Dana Hills boys water polo team in the South Coast League standings, San Clemente will need to win out in league play before their rematch with the Dolphins on Nov. 4. So far, the Tritons are two-thirds of the way there.

San Clemente defeated El Toro and Tesoro on Oct. 21 and Oct. 23, respectively, both by the score of 9-6.

The wins put San Clemente (14-11, 3-1) in solo second place in league, behind Dana Hills. The Tritons will host Mission Viejo on Oct. 30 before traveling to play the Dolphins next week in a game that could decide the league title.

The Tritons outscored Tesoro 5-2 in the second half of their Oct. 23 game, breaking what was a 4-4 tie at halftime. Hamming led the way with four goals and Sandor recorded 14 saves.

San Clemente will close out their regular season with a home game against El Toro on Nov. 6.

After claiming second at the South Coast League finals, San Clemente senior Alex Cooper earned a berth in the CIF-SS Individual Regional, which was held at Dad Miller Golf Course in Anaheim on Oct. 27.

Cooper carded a 79 (+8) at the 18-hole event, missing the cut for the CIF-SS Individual Championship by four strokes.

As a team, the Tritons finished second in the league standings and will enter the CIF-SS Southern Team Division Championships on Oct. 30. The Tritons will tee it up at the Costa Mesa Country Club Mesa Linda track, looking to be one of the top-3 teams in the tournament, which will earn them a berth in the next level of competition.