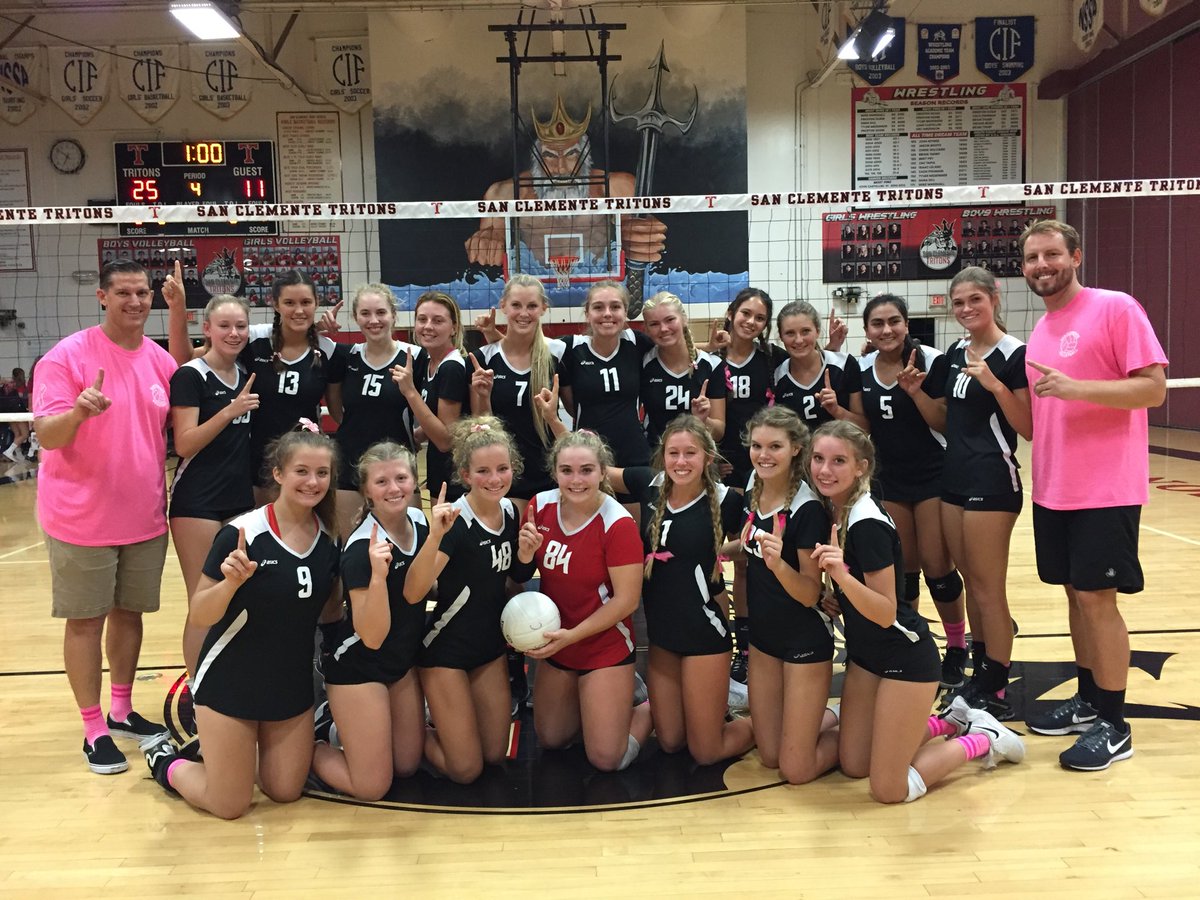 The Tritons (22-8, 8-0) finished league unbeaten after a winless South Coast League campaign a year ago.

Tesoro had swept its previous three matches between the last match against the Tritons and Thursday’s match.

San Clemente finishes up the regular season on Wednesday, Oct. 10 with senior night at home against University.

All seems right now for the San Clemente football team.

After a bumpy 1-4 start and four-game losing streak, the Tritons (3-4, 1-0) have won back-to-back games with complete efforts.

San Clemente’s defense has stepped up in big ways over the last two games. The Tritons have collected 27 tackles for loss, 10 sacks and three interceptions. They’ve also seemingly played their best when San Clemente has needed it most, late in the fourth quarter.

Brendan Costello has continued to be the beating heart of the offense but not necessarily with his arm. Costello has been strong in the air with three touchdown passes, but the Oklahoma State-commit has also ran for 100 yards or more in both games with a touchdown in each, including a 52-yard touchdown to ice the game against Tesoro.

The Tritons now have a chance to get their overall record back to even as they welcome El Toro in for Homecoming.

El Toro (4-3, 0-1) will be looking to stay in the South Coast League playoff race and prove themselves after a 70-0 defeat against Mission Viejo last week. El Toro’s three losses are all by blowout scores and all to some of the toughest teams in the county with Corona del Mar, Villa Park and Mission Viejo.

Under first-year coach Andy Diaz, the Chargers have shown themselves to be a strong passing team and are allowing just over 15 points per game in their wins.

San Clemente boys water polo has made it through the first half of its league slate unscathed.

The Tritons (13-6, 4-0) completed its fourth of eight league games on Tuesday with an 18-4 win over San Juan Hills. San Clemente had a tough bout with rival Dana Hills, 10-9, but the Tritons have clobbered the league’s other three teams by a combined score of 50-14.

San Clemente went 2-3 at the South Coast Tournament two weekends ago with all three losses by one goal each.

Their recent performance has been enough to push San Clemente to the No. 8 position in the latest CIF-SS Division 1 and 2 combine poll.