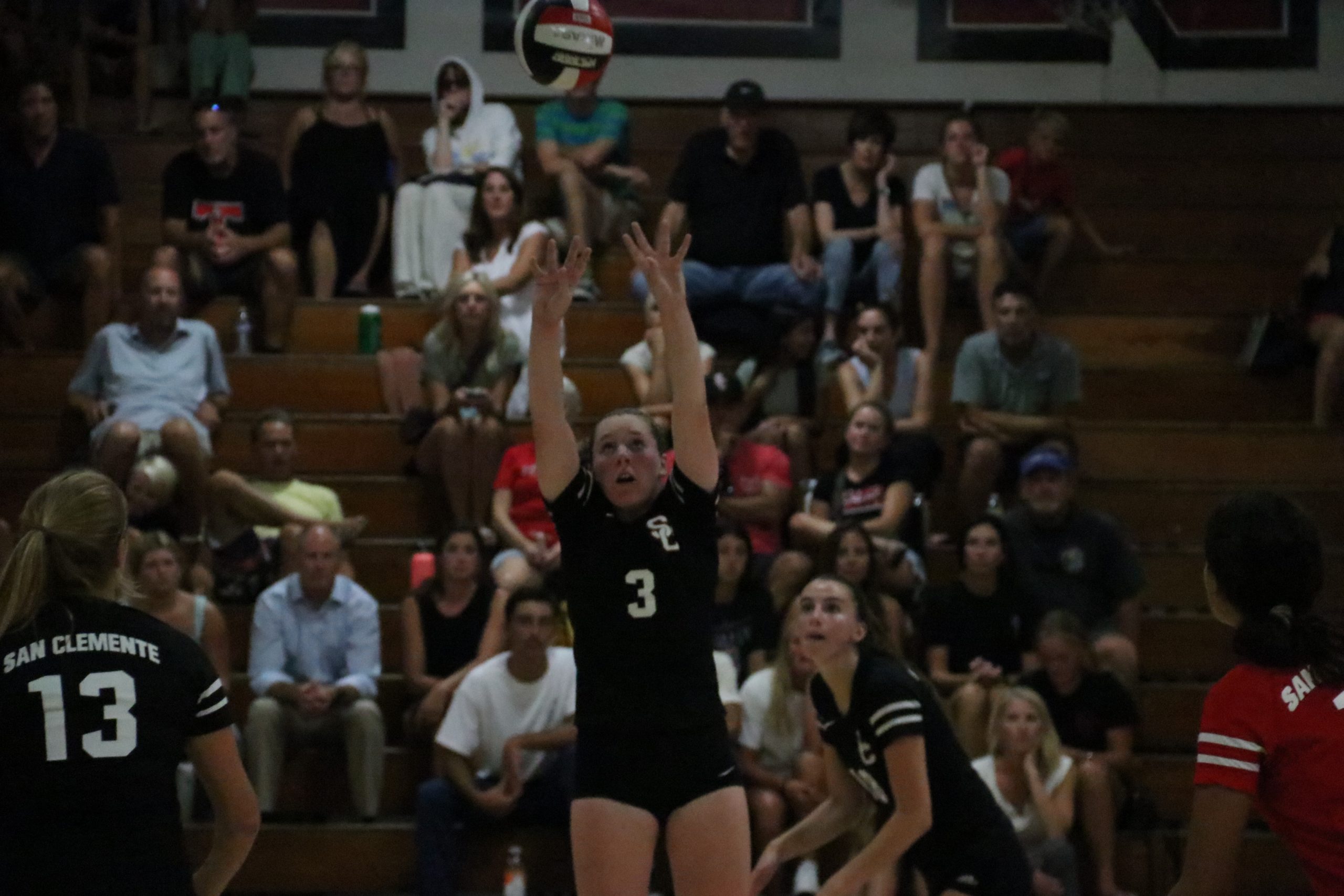 The San Clemente girls volleyball team has charged through the opening weeks of the fall season.

The Tritons are 7-2 overall, including a 3-0 record at home. San Clemente had won three matches in a row, all in four sets: at home against Foothill on Aug. 23, at Los Alamitos on Aug. 25, and at home against Newport Harbor on Tuesday, Aug. 30.

Against Newport Harbor, San Clemente won the first set by only three points, the second set went to extra points, and the final three sets were all decided by the minimum two points. The Tritons won, 25-22, 27-25, 23-25, 25-23.

San Clemente next hosts Sierra Canyon on Saturday, Sept. 3, and then plays at Edison on Tuesday, Sept. 6.

The rest of the fall sports slate kicked into action over the course of this week.

San Clemente’s cross country teams have a two-mile invitational at Trabuco Hills on Saturday, Sept. 2, but the Tritons really get racing the next weekend in Hawaii and at Laguna Hills.

Look for our fall sports preview next week for details on all the San Clemente teams.