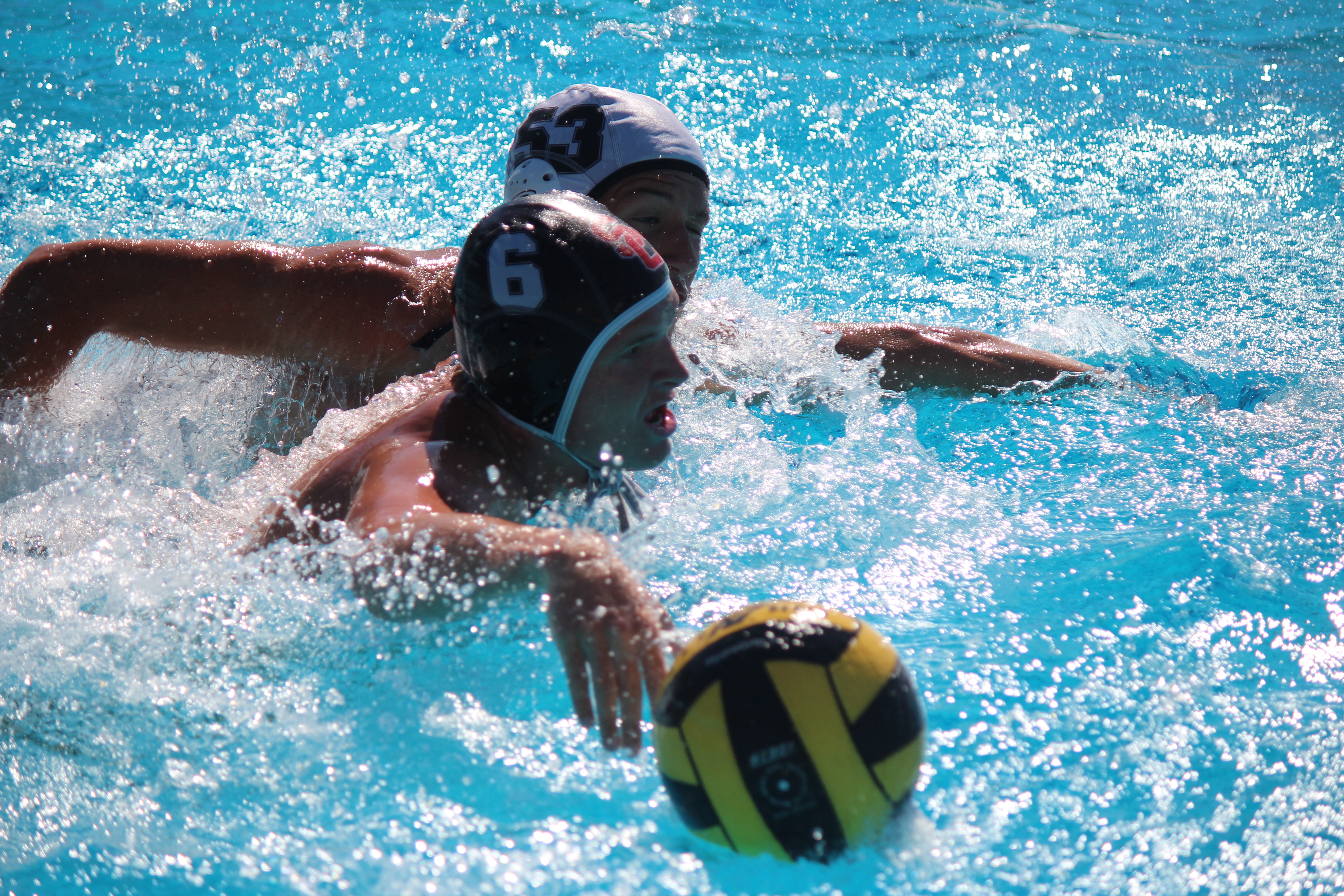 The playoffs are in full swing for San Clemente’s fall sports teams that have made it through league play. Multiple teams are poised to make deep runs or pull off upsets along the way. For in-game updates and news for all the San Clemente fall sports programs during playoff time, follow us on Twitter @SouthOCsports.

Tritons Water Polo Falls in Second Round of Playoffs

San Clemente boys water polo head coach Marc Parker caught a glimpse of his team’s CIF-SS Division 1 wild card opponent, Irvine, the day before the two teams squared off in the playoffs. Parker knew if his team focused on defense, they would have a good shot at advancing to the next round.

The defensive effort was certainly there on November 12, as the Tritons defeated Irvine at home, 16-9, punching their ticket into the first round.

San Clemente gave up two early goals, one of which came playing with a man down, but after Andrew Papilion netted his second goal of the first period to make it 3-2, the Tritons defense came to the forefront. The Vaqueros did not score again until there was one minute left before halftime, and the Tritons took a 6-3 lead into the second half of play.

“All game I thought our defense was good. Our defensive intensity in the lanes forced them into some bad situations. If you can hold a team to three goals in the first half you’re going to be in the game no matter what,” Parker said.

San Clemente erupted for five goals in both the third and fourth quarters to get the victory.

The Tritons traveled to play Long Beach Wilson on November 13 and lost, 17-12. The Tritons held an early 5-4 lead in the first quarter, but couldn’t match Wilson’s offensive firepower down the stretch. San Clemente junior Chase Hamming scored six goals in the loss.

After clinching a solo third-place finish in the five-team South Coast League, the San Clemente girls tennis team earned a berth in the CIF-SS Division 1 Tennis Championships. On November 6, the Tritons traveled to play Palm Desert, the No. 1 team out of the Desert Valley League. The match was closely contested but in the end, Palm Desert pulled off a 10-8 victory, pushing them into the second round.

The Tritons finished the regular season with a 9-4 overall record.

The fact that the San Clemente football team has been battling injuries all season was no more apparent than when they took the field against Trabuco Hills on November 8, in their last game of the season. The Tritons played the game without seven players who were regular starters when the team opened their season nine weeks ago.

As was the case when they played Tesoro one week earlier, the Tritons jumped out to an early lead against the Mustangs.

Sophomore quarterback Cole Fotheringham was given the nod to start and he connected with junior receiver Jake Russell in the second quarter for a 39-yard touchdown pass to make it 7-0. Russell finished the night with two catches for 41 yards.

Senior Collin Zines returned a Trabuco Hills punt 65 yards the other way for a score at the three-minute mark that would give the Tritons a 14-7 lead at halftime.

When the Tritons look back, a blocked punt of theirs in the opening minutes of the third quarter will sting the most. The Tritons attempted to punt from their side of the field, but the kick was blocked and the ball was sent sailing into the end zone, where Trabuco Hills’ James Pierce jumped on the ball for the score.

San Clemente would counter with a 45-yard field goal, marking the fourth lead change of the game, but Trabuco Hills scored with under four minutes to go in the fourth quarter to seal the win.

Two sophomores in the backfield led the Tritons. Fotheringham finished the game with 112 yards passing, with one touchdown and one interception, and running back Vlad Dzhabiyev tallied 70 rushing yards. Senior tight end Jason Wright capped off his final high school game with a team-high six catches for 47 yards.

The San Clemente girls cross country team has a chance at reaching the CIF State Championships for an eighth consecutive year. On November 16 they will take the first step towards qualifying for the prestigious meet when they compete in the CIF-SS Prelims at Mt. SAC.

Head coach Dave Proodian feels his team is peaking at the right moment. They are coming off a third-place finish in the South Coast League Finals, where their average three-mile time was 17:45. Senior Melissa Eisele finished in second-place, less than one second behind the winner. The Tritons competed at this level against some of the top high school cross country teams in the county, including Orange County champion Capistrano Valley.

The Tritons will look to be one of the top four teams in Race 7 at the Prelims. The top four finishers advance to the CIF-SS Finals in two weeks.

“We’ve been in the State Championships for the last seven years, though it seems to get routine, it never is,” Proodian said. “The girls need to be in top running form … It’s always exciting. All the summer miles and work on the track and in the hills has paid off.”

The San Clemente girls volleyball team traveled to play Beckman in the first round of the CIF-SS Division 1AA Championships on November 12 and came away with a four set victory.

The Tritons will now host Lakewood, out of the Moore League, on November 14. San Clemente has not played Lakewood this season. If the Tritons advance to the quarterfinals, they will play the winner of the match between Orange Lutheran and Santa Barbara, two perennial playoff teams.