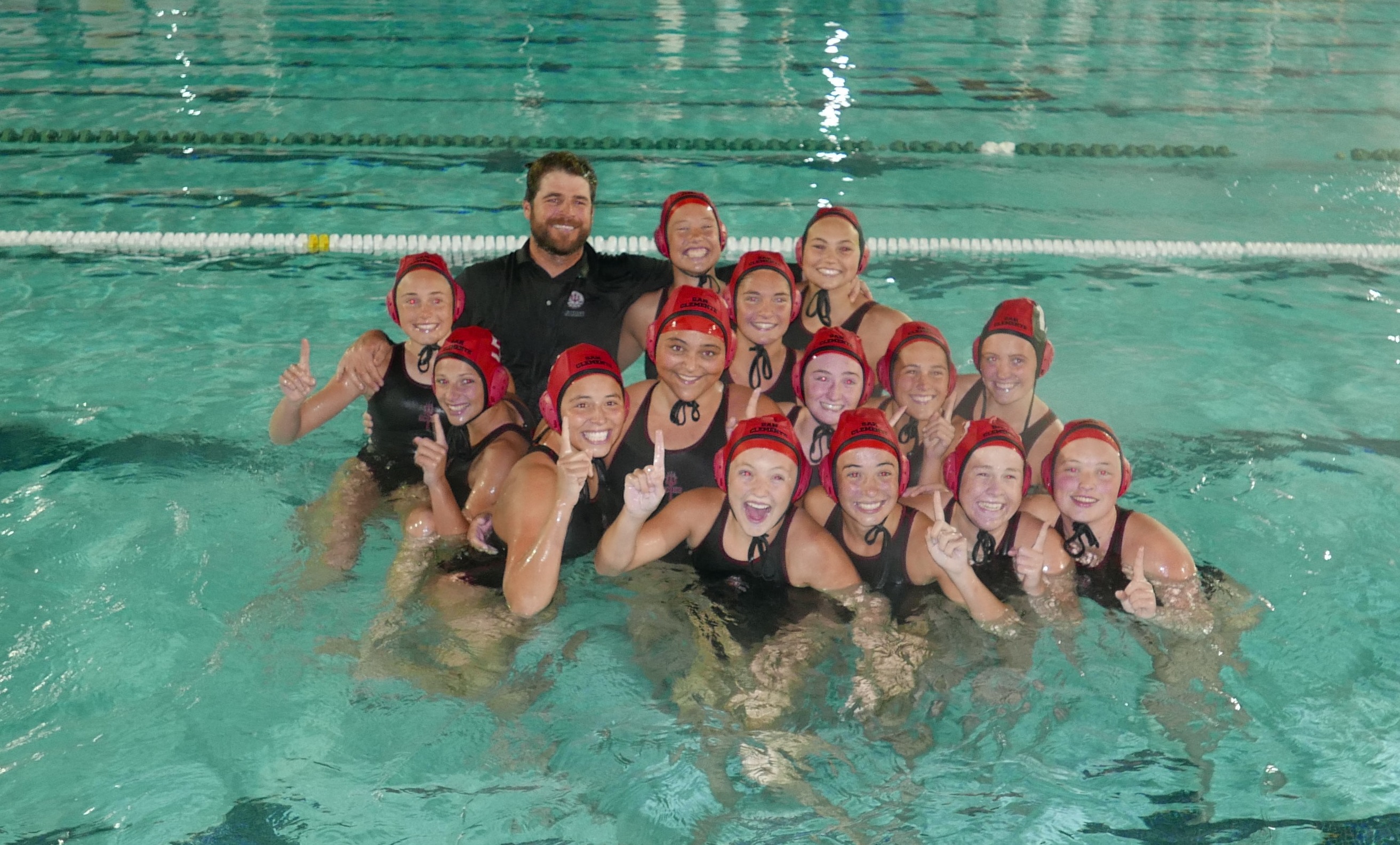 The San Clemente girls water polo team finished off its run to the South Coast League title and is now set up for postseason success.

The Tritons (15-13) are the No. 2 seed in CIF-SS Division 2. With only 13 teams making the Division 2 bracket, the top three seeds earned byes into the quarterfinals. San Clemente will play the winner of the Feb. 6 Huntington Beach-Murrieta Valley match on Saturday, Feb. 9 at 1:30 p.m. at the Vista Hermosa Aquatics Center.

Last month, San Clemente defeated Huntington Beach on the road in double overtime, 11-10. The Tritons did not face Murrieta Valley this season.

San Clemente earned its spot by capturing another league championship. By virtue of their perfect league record, the Tritons earned a bye to the league final at home on Jan. 31, where they defeated No. 3 seed Dana Hills, 17-8.

The San Clemente girls soccer team traveled to Studio City to take on Harvard-Westlake on Wednesday, Feb. 6. Results were not available at press time, but check our twitter page, @SouthOCSports, for scores.

If the Tritons advanced, they’ll take on the winner of Temecula Valley-Santiago of Corona on Friday, Feb. 8. San Clemente would host Temecula Valley or travel to Santiago.

The Tritons (8-6-4) finished the season with positive results in their final three league games with a 1-1 draw at San Juan hills, a 2-0 win over Tesoro and a 1-1 draw against Dana Hills. San Clemente lost only two league games, both to league champion Aliso Niguel.

With a South Coast League championship in hand, the San Clemente boys soccer team is set for a first-round home game against Century of Santa Ana on Thursday, Feb. 7 in the CIF-SS Division 1 playoffs.

The Tritons hosted Century in the second game of the season and posted a 1-0 victory on Nov. 28. Quinn Richards scored the lone goal, and Ryan Kowarsch and Curtis Harvey combined for the shutout with three saves.

If San Clemente advances, it will take on the winner of Paramount-South Torrance on Saturday, Feb. 9. The Tritons would travel to South Torrance, and a coin flip would determine the host against Paramount.

San Clemente (18-2-4) was perfect in league with nine straight wins and unbeaten in its last 13 games, including 12 wins. The Tritons were ranked No. 5 in the final Division 1 poll.

Girls Basketball Begins on the Road in Division 2A

In the playoffs for a third straight season, the San Clemente girls basketball team tips off this year’s postseason on the road at Oxford Academy of Cypress in the CIF-SS Division 2A first round.

If the Tritons advance, they will play the winner of El Rancho-Lakewood on Saturday, Feb. 9. San Clemente would host El Rancho and would travel to Lakewood.

San Clemente (18-10) finished the regular season winning three in a row against Dana Hills, at Tesoro and against Trabuco Hills. San Clemente lost only two games in league, both to league champion Aliso Niguel.