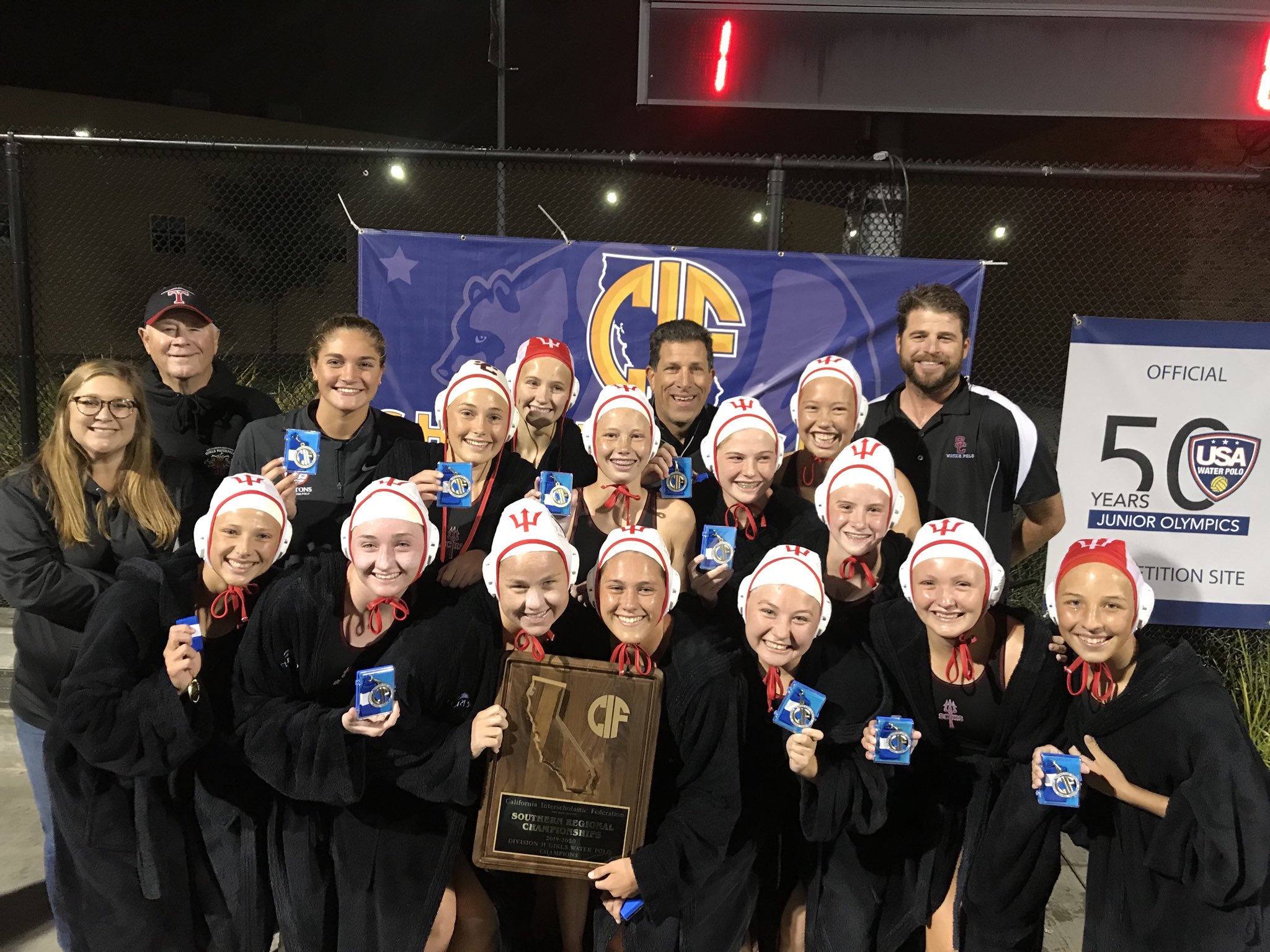 After finishing second in the CIF-SS Division 2 championships for the second straight season, the San Clemente girls water polo team made the most of its second chance in the state regional playoffs.

The Tritons scored a pair of one-goal wins, coming back to defeat Rosary in the semifinals and holding on against Cathedral Catholic of San Diego in the final, to capture the CIF Southern California Regional Division II championship on Saturday, Feb. 29 at Segerstrom High School in Santa Ana.

San Clemente settled for the runner-up silver in CIF-SS Division 2 Final with a loss to Harvard-Westlake, 13-12, on Feb. 22. As a CIF-SS finalist, the Tritons earned another shot at postseason success in the state regional playoffs.

San Clemente was the No. 2 seed in Division II, but nothing came easy for the South Coast League champions in state regionals.

San Clemente trailed by one goal entering the fourth quarter of its first match against La Serna, but the Tritons scored five goals in the final frame to capture the win, 12-9, in the first round on Friday, Feb. 28 at Ocean View High School.

In the semifinals on Saturday afternoon, San Clemente again trailed late by two against Rosary, but the Tritons surged once more with a six-goal fourth quarter to advance to the final, 11-10, at Segerstrom High School.

In the final, the Tritons nearly got a taste of their own medicine with a five-goal fourth quarter by Cathedral Catholic, but San Clemente was powered by a strong start and held on, 8-7, to win the SoCal Regional title.

Despite losing the CIF-SS Division 2A title game, the season is not over for the San Clemente girls basketball team.

San Clemente (28-4), which was playing in its first CIF-SS championship game since 2007, still moved on as a qualifier for the CIF State Regional tournament. San Clemente hosted CIF-Central Section runner-up Arroyo Grande in the Division II first round on Tuesday, March 3.

San Clemente rocketed to a 20-5 lead over Arroyo Grande after the first quarter and cruised to a 57-32 win.

The Tritons, seeded No. 8 in the state regionals, will host No. 16 Mira Costa in the Southern California Regional Division II quarterfinal on Thursday, March 5. Mira Costa, a CIF-SS Division 3AA semifinalist, upset No. 1 seed Long Beach Wilson, 55-42, in the first round.