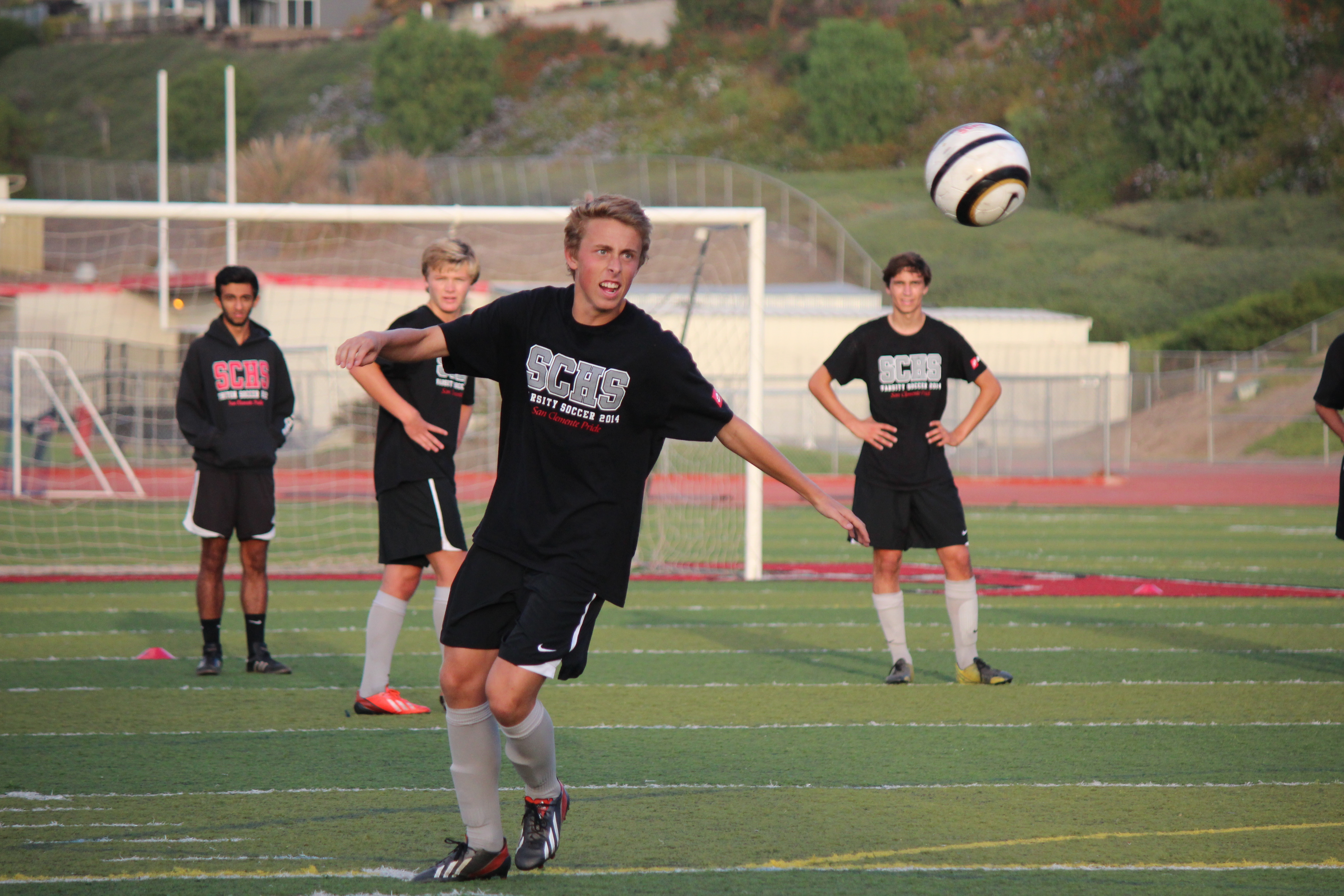 For in-game updates, news and more regarding all the Tritons winter sports programs, follow us on Twitter @SouthOCsports

The San Clemente girls cross country team capped off their season with a seventh-place overall finish at the CIF State Division 1 Championships on November 30 in Fresno. The Tritons finished behind regional rivals Trabuco Hills (third) and Capistrano Valley (fourth).

The Tritons were again paced by senior Melissa Eisele, who earned an 11th place individual finish after posting a time of 17:51.

All seven of the Tritons runners ran their fastest career times on the 5K course, according to head coach Dave Proodian.

The San Clemente boys basketball team made plans to enter the competitive Diablo Inferno Tournament at Mission Viejo High School during the offseason. They were counting on having reigning Sea View League MVP Sam Darnold on the court at the time, but an injury to the standout forward has him sidelined until late December.

So when the Tritons (0-2) took to the hardwood for their first game against Woodbridge on December 2, it was an exercise in piecing together the young lineup, figuring out which rotations work best.

Crankshaw is coming back from a leg injury and played efficient basketball in the Tritons’ 70-62 loss to Notre Dame on December 3. Crankshaw scored 14 points and was active in getting the ball in the post, as well as acting as a distributor when handling the ball.

With the Tritons down 24-12 early in the second quarter, Crankshaw, along with senior forward Austin Miller, ignited a 16-9 San Clemente run that brought them to within five points at the half. Miller scored 15 points and was a part of the main starting rotation.

“Miller is a kid that’s really gotten a lot better in recent weeks and he’s really asserting himself,” head coach Marc Popovich said. “That’s the kind of thing you like to see in this type of year, seeing a kid come in and really develop and really play.”

The Tritons would get it as close as 63-60 late in the game against Notre Dame but could not overcome the deficit in the loss.

The Tritons will keep mixing and matching their lineup throughout the tournament, which ends with their final game against Saddleback Valley Christian on December 5 at 8 p.m.

Led by the post play of Jessica de Gree and Jenna Rodriguez, the San Clemente girls basketball team opened their season with a 70-58 win over San Juan Hills on December 2.

Rodriguez poured in 19 points and grabbed 11 rebounds while de Gree led all scorers with 24 points on 80 percent shooting from the field.

San Clemente (1-0) led from the opening tip off and limited the Stallions (1-1) to 35 percent shooting on the night.

The Tritons squared off against University on December 4 and walked away with a 61-52 nonleague victory. Kathleen Hartman led the way with 17 points while de Gree and Rodriguez contributed 13 and 12 points, respectively.

The Tritons will host Fairmont Prep in a nonleague game on December 14.

As part of their high profile preseason schedule, the San Clemente boys soccer team was set to host Paramount on December 4. Results were not available at press time.

Paramount entered the season as the No. 23 ranked team in the nation, according to the Student Sports FAB 50 rankings. The Tritons are currently ranked No. 3.

Matches against Santa Ana, Dana Hills, El Toro and a trip to the Montverde Academy Soccer Tournament in January are all on the horizon. The Montverde Tournament will feature the top two teams ranked above the Tritons.

The preseason schedule is a unique one and head coach Mike Pronier has been preparing his team for the tough competition.

“The Montverde Tournament provides an opportunity for a mythical national ranking. Where we fall in all of this is in our own hands, which is a really unusual opportunity,” Pronier said.

The San Clemente girls water polo team will begin their 2014 campaign with a nonleague match against Edison at Vista Hermosa Sports Park on December 5.

The Tritons will then travel to compete in the Villa Park Tournament from December 12-14.

The Tritons are set to square off against Santiago-Corona on the first day, followed by matches against Yorba Linda (December 13), Downey (December 14) and Righetti (December 14).

The Tritons enter the season ranked No. 8 in the CIF-SS Division 1 coaches’ poll.

The San Clemente wrestling team was set to compete in the Millikan Duals on November 30 and host their own 8-way Tournament on December 3. Results were not available at press time.

Up next for the Tritons is a trip south to La Costa Canyon High to compete in the school’s namesake tournament from December 7-8.