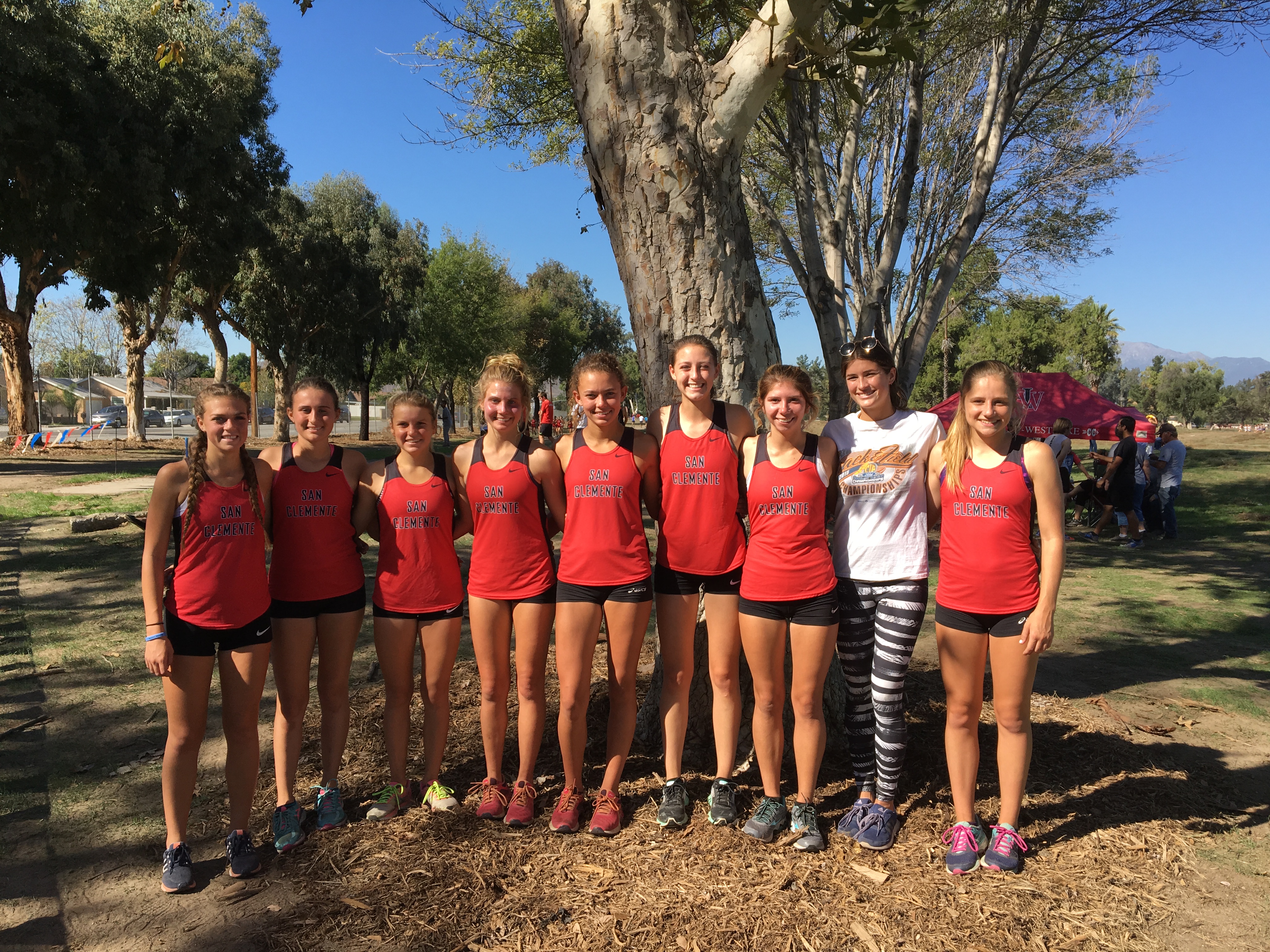 The temperature was high and dust was swirling around the Riverside course during the CIF-SS Cross Country Prelims on Nov. 11, but the San Clemente girls cross country team was able to battle the elements, along with 59 other top teams from the Southland, and earn a berth in this weekend’s CIF-SS Finals.

The Tritons placed fourth in the third heat of Division 1, and packed five runners inside the top-40.

The San Clemente High School football team will attempt to solve the puzzle that is Heritage High in the second round of the CIF-SS Division 2 Championships on Nov. 18.

The Tritons (8-3) will travel to Menifee to play the undefeated Patriots (11-0), the top-seeded team in the division.

Through 11 games, no team has been able to gain an edge on Heritage. The Patriots have never trailed in a game this season and have outscored their opponents 443-100. The Heritage defense has allowed an average of nine points per game.

But the vaunted Heritage defense has yet to play an offense like San Clemente, which was on full display last week in a convincing 36-13 victory over Chino Hills in the first round.

Tritons senior Brandon Reaves rushed for three touchdowns, and quarterback Jack Sears had an efficient night, completing 11 of 17 passes for 200 yards and two touchdowns while taking 10 carries for 98 yards rushing in the win over the Huskies.

The offense kept the ball moving, and the Tritons defense provided the fireworks against Chino Hills.

Sophomore safety Jack Shippy had three interceptions to lead the way, and the Tritons also forced a Chino Hills fumble.

Following Shippy’s second interception of the night, San Clemente marched downfield and scored just before halftime to take a 14-7 lead. The Tritons received the kickoff to start the third quarter and needed just seven plays to score again, this time on a six-yard run by Reaves, for a commanding 21-7 lead.

The winner of the San Clemente-Heritage game will face the winner of Arroyo Grande-Valencia of Valencia in the semifinals on Nov. 25.

San Clemente’s Lindsay Hung will compete in the CIF-SS Individual Tennis Championships at The Jack Kramer Club on Nov. 21.

Hung earned a berth in the individual portion of the postseason by placing second in singles competition during the South Coast League Finals. Hung’s draw in the bracket was not released at press time.