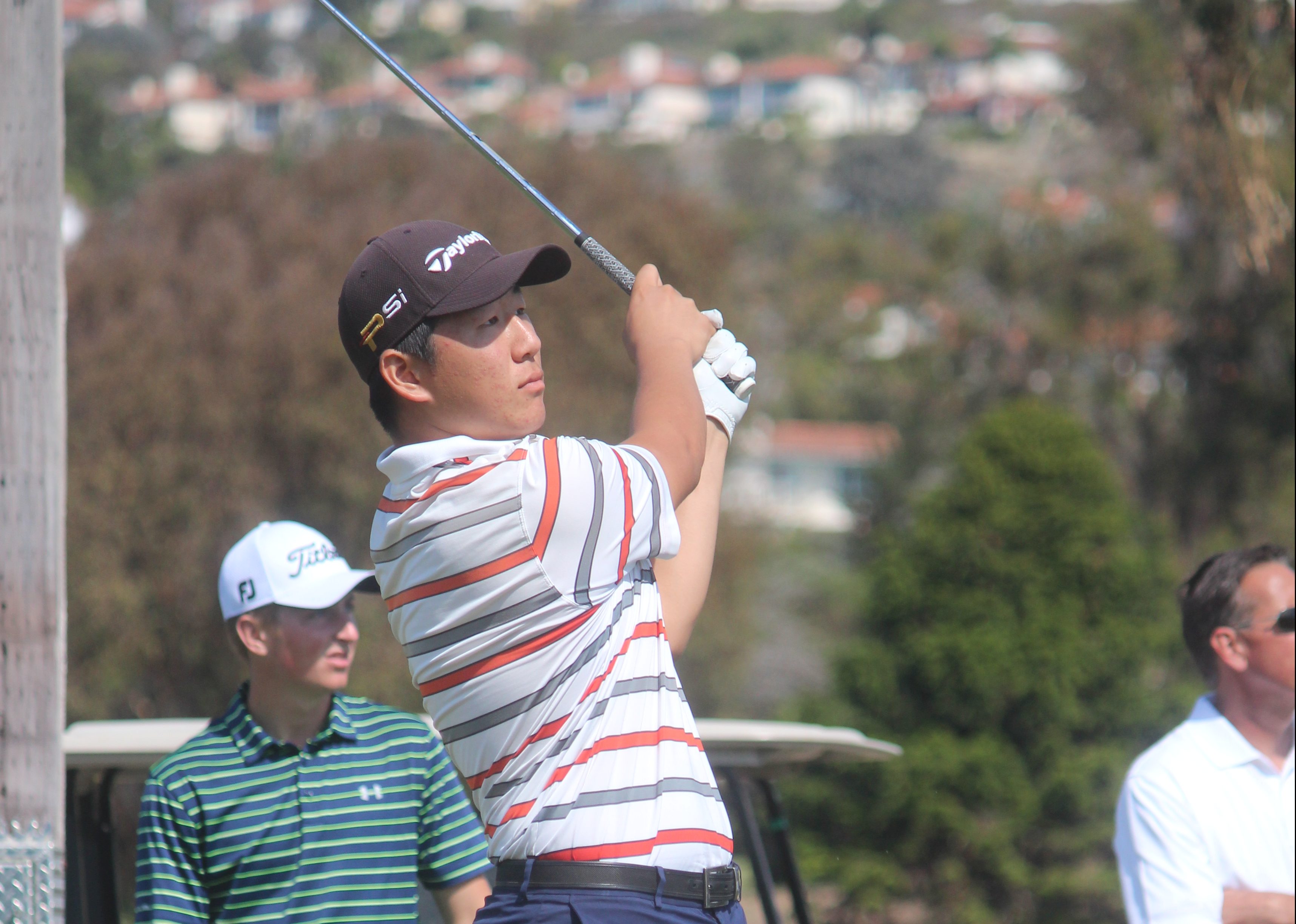 Golfers Heating Up in Postseason Competition

The San Clemente boys golf team had an excellent showing at the South Coast League finals on May 2, which jumpstarted several strong postseason performances.

The Tritons had four golfers qualify for CIF-SS Individual competition. San Clemente accounted for four of the league’s nine representatives in the field at Skylinks Golf Club on May 8. Alex Pak, who took second-place in league, finished fifth overall at Individuals, and qualified for the Southern Regional Individual tournament at Rancho San Marcos on May 18.

The Tritons narrowly missed out on advancing as a team to the next stage of competition following a fourth-place finish at the CIF-SS South Coast Team Divisional championship at Talega Golf Course on May 16. San Clemente was one of 18 teams vying for two spots and a berth in the SCGA Regional Qualifying tournament on May 18.

Woodbridge, the defending champion, won the tournament, and Dana Hills placed second with a total score of 380. San Clemente’s cumulative team score was 384.

The San Clemente baseball team earned an at-large berth into the CIF-SS Division 1 Championships, and drew a high-profile first-round draw with Notre Dame-Sherman Oaks, the No. 3 overall seed.

The Tritons (15-13) will travel to play the Knights (21-8) and star shortstop and pitcher Hunter Greene. Greene is widely viewed as the likely No. 1 overall pick in the upcoming MLB Draft. Greene is batting .347 and has a team-high 28 RBI and six home runs. Greene will not be pitching in the playoffs.

San Clemente lost the final three games of the regular season to finish fifth in the South Coast League. Despite the finish, the Tritons had a strong enough resume to earn an at-large bid into the playoffs.

The third-ranked Corona del Mar boys volleyball team proved to be too much for San Clemente in the second round of the CIF-SS Division 1 playoffs. The Sea Kings swept the Tritons on their home court 25-23, 25-19, 25-20 on May 11.

Corona del Mar went on to defeat Laguna Beach in the quarterfinals, and was scheduled to play Oak Park in the semifinals on May 17. Results were not available at press time.

The Tritons (22-7), who won the South Coast League title, defeated Redondo Union in four sets in the first round of the playoffs.

Corona del Mar pulled off a convincing 12-6 victory over the San Clemente boys tennis team in the first round of the CIF-SS Division 1 playoffs on May 10.

Two San Clemente doubles teams are still alive in postseason competition, however. The tandems of Chris Torcaso and Corey Angeli and Caden Spencer and Michael Tilly will compete in the CIF-SS Individual Championships on May 25.