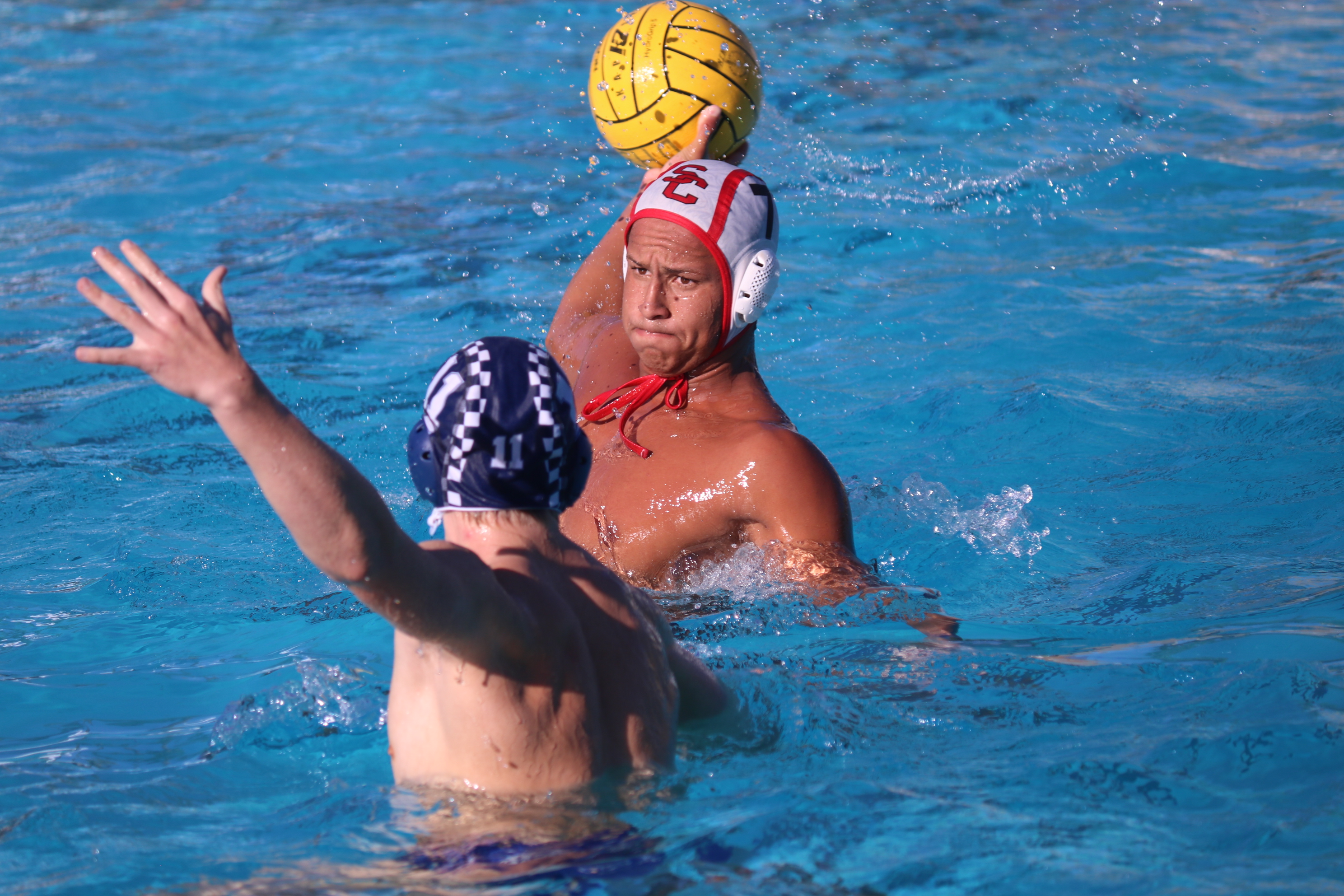 League Champion Water Polo on the Road in Division 1

The San Clemente boys water polo team has a rough road ahead.

After clinching their first back-to-back league titles since 1995-96, the Tritons (17-11) finished No. 7 in the final Division 1 and 2 combined poll, which put San Clemente into the eight-team Division 1 bracket.

The Tritons were paired up with No. 2 seed Harvard Westlake and travelled to Studio City on Thursday, Nov. 1 for the first round. Harvard Westlake won, 12-9. San Clemente is guaranteed three games in the elite Division 1, with the consolation bracket and additional games to place the teams first through eighth. The Tritons play at Santa Margarita in their first consolation game on Tuesday, Nov. 6.

The Tritons went undefeated in South Coast League play with their only challenges in two one-goal games against Dana Hills.

The San Clemente girls tennis team has continued its run of success.

The Tritons split a fifth consecutive South Coast League title with rival Dana Hills, but San Clemente won the coin flip to be named the league’s No. 1 representative for the team playoffs and will host a first-round playoff match.

San Clemente slots into Division 1 and hosted Newport Harbor on Wednesday, Oct. 31. The Tritons moved on, 13-5.

San Clemente will be on the road at San Marcos in the second round on Friday, Nov. 2. The quarterfinals will be played on Monday, Nov. 5

The boys won in resounding fashion with six in the top 10 and their top four finishing consecutively from fourth through seventh. The Tritons posted an astounding 23-second, five-man gap and beat second-place Trabuco Hills, 31-53.

The girls had to sweat out their title. Junior Hana Catsimanes outpaced the field by 12 seconds to win the individual league title at 17:19.1, but it was a duel to the finish between the Tritons and Laguna Hills in the final results.

Next up is the postseason in Riverside with CIF-SS preliminaries on Nov. 10 and CIF-SS finals on Nov. 17.

Girls golf has one Triton moving on. Junior Mariana Gandia-Mak made the cut by only two strokes, but her score of a 7-over 79 was strong enough to advance at the CIF-SS Southern Individual Regional at Mile Square Golf Course in Fountain Valley on Oct. 24. Gandia-Mak competed in the CIF-SS Individual Finals on Nov. 1 at River Ridge Golf Club in Oxnard, and the junior posted a score of 73 to make the cut in 16th place.

Gandia-Mak will compete in the CIF-SCGA Southern California Girls Golf Championship on Thursday, Nov. 8 at the Brookside Golf Course in Pasadena.

Girls volleyball made its deepest playoff run in some time. The Sea View League champion Tritons upset No. 3 seed Dana Hills with a sweep in the CIF-SS Division 2 quarterfinals, but San Clemente fell in a strong five-set duel at Trabuco Hills in the semifinals. The Tritons have qualified for the state playoffs, which begin on Tuesday, Nov. 6.