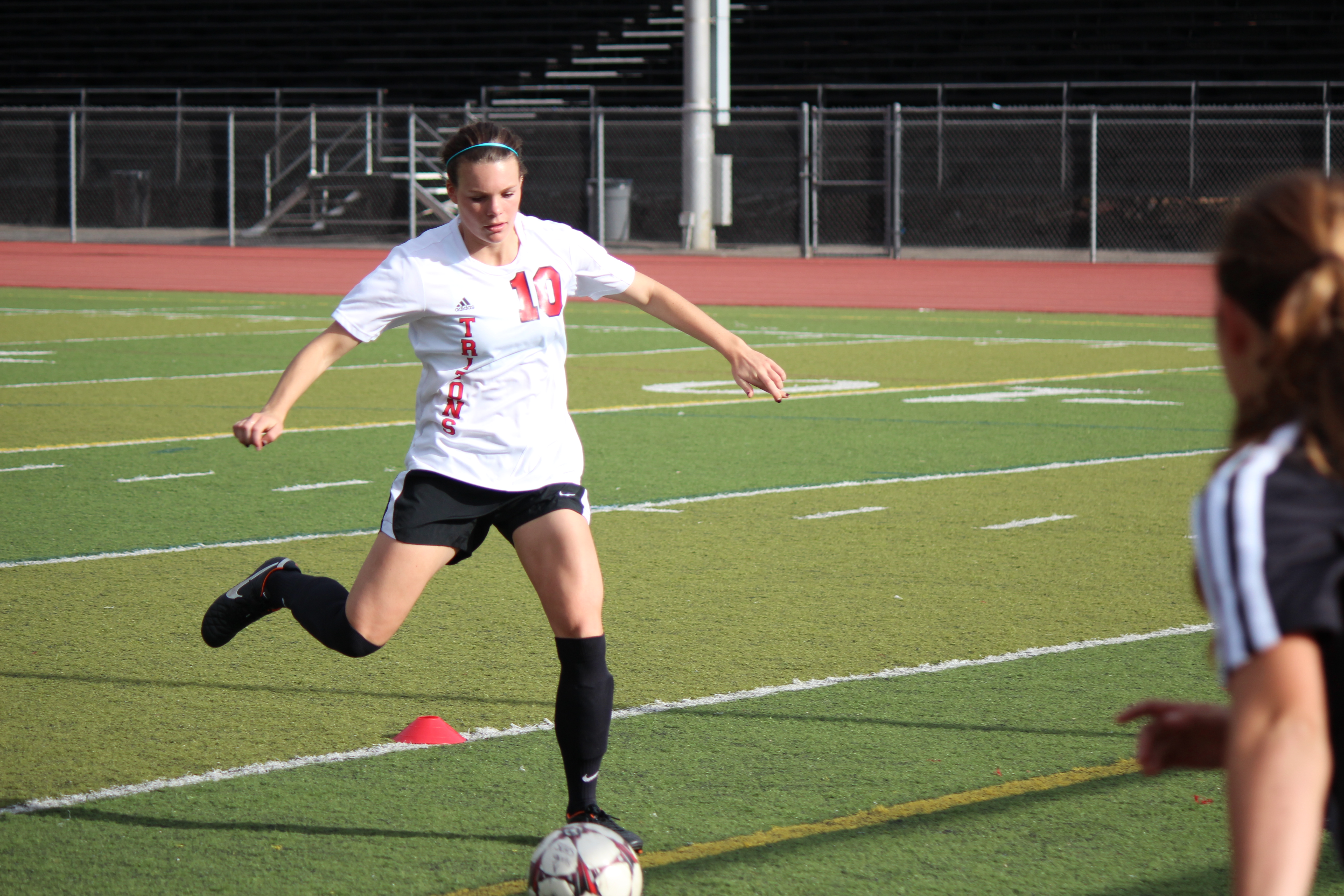 For many of the San Clemente High School winter sports teams, league play starts this week. Several of the Tritons teams enter what can be defined as the “new season” red hot while others are treading water, looking for a jolt of energy out of facing new, regional competition.

The San Clemente girls soccer team will hit the ground running in South Coast League play as they host Dana Hills on January 9 in both teams’ league opener.

Senior forward Nikki Faris has been finding the back of the net all season and leads the Tritons attack with 14 goals scored.

After toppling some tough opponents throughout the entire preseason, the San Clemente boys soccer team’s efforts were finally rewarded on December 30 when they hoisted the first-place trophy at the Southern California High School Classic-West tournament.

The Tritons (12-0-1) faced the likes of Great Oak and Brophy College Prep over the four-day event and defeated San Pasqual 3-1 in the finals.

To say that senior forward Bryce Kaminski is riding a scoring hot streak into South Coast League play would be an understatement. He netted two goals in the win over San Pasqual to keep his nine-match scoring streak intact and bring his season goal total to12. Kaminski has scored at least once in every Tritons game dating back to December 13.

The Tritons were set to begin their South Coast League title defense with a January 8 match against Aliso Niguel. Results were not available at press time.

The San Clemente boys basketball team is hoping to peak at the right moment.

As the squad gears up to defend its Sea View League title on January 15 with a road game against San Juan Hills, recent additions to the roster have them looking more like the team head coach Marc Popovich envisioned he’d have last summer. That’s in large part due to the return of reigning league MVP Sam Darnold and point guard Gage Shelmidine.

The Tritons (8-8) have pulled off some good wins and suffered tough losses in the preseason while Darnold, who was healing a broken foot, sat on the sidelines and Shelmidine, a transfer from Saddleback Valley Christian, had to sit out due to eligibility requirements.

On December 26, the Tritons got their MVP back. Darnold took to the court for the first time this season in a tournament game against Eastlake, where he dropped 22 points in an 81-66 victory. Darnold topped that performance by scoring 26 points in a Tritons 81-66 nonleague loss to Edison three games later.

The Tritons like to play an up-tempo style of offense and Darnold, a 6-foot-5-inch forward who can handle the ball, attack at the rim and shoot 3-pointers, is just the type of player who can thrive in that environment.

“It’s been good for us, because (Darnold) gives us our foundation every game and he makes everyone better,” Popovich said.

Shelmidine joined the rotation on January 7 in a 60-53 win over Troy, delivering five points and three steals. While Popovich said Shelmidine is a true point guard and will not light up the scoreboard every night, Shelmidine’s responsibility will lie in getting the offense going.

Darnold and Shelmidine join a group that Popovich believes played well to start the season. Juniors Elijah Morris (12 points per game) and Nick Crankshaw (10.3 ppg), along with senior Austin Miller (9.2 ppg), have been the backbone of a team that is beginning to take shape just in time for league.

Injuries and illnesses have made it difficult for the San Clemente wrestling team to establish the dominance that was with them for much of last year. But in recent weeks, following a disappointing dual meet loss to rival Laguna Hills, the Tritons have found some success.

San Clemente (9-3) traveled to the Ontario Invitational on January 4 and had ten starters medal, including a weight class win for Zack Adcock.

The Tritons then defeated South Coast League opponent Aliso Niguel 34-30 on January 7.The Tritons will continue dual league play on January 14 with a match against Capistrano Valley.

The San Clemente girls water polo ended their preseason with three consecutive matches against top tier opponents. First was a match against Mater Dei, then came an upset win over Los Alamitos. On December 31 the Tritons were defeated by top ranked Laguna Beach 18-4.

They are now set for a South Coast League opener with Aliso Niguel on January 9.

Post player Jessica de Gree is in the midst of a breakout senior season that is seeing her average a double-double per game. De Gree is currently averaging 20.9 points per game and 11.3 rebounds. Fellow senior post player Jenna Rodriguez (12.9 ppg, 8.3 rpg) rounds out the Tritons formidable front court that will be a strength moving forward into league play.