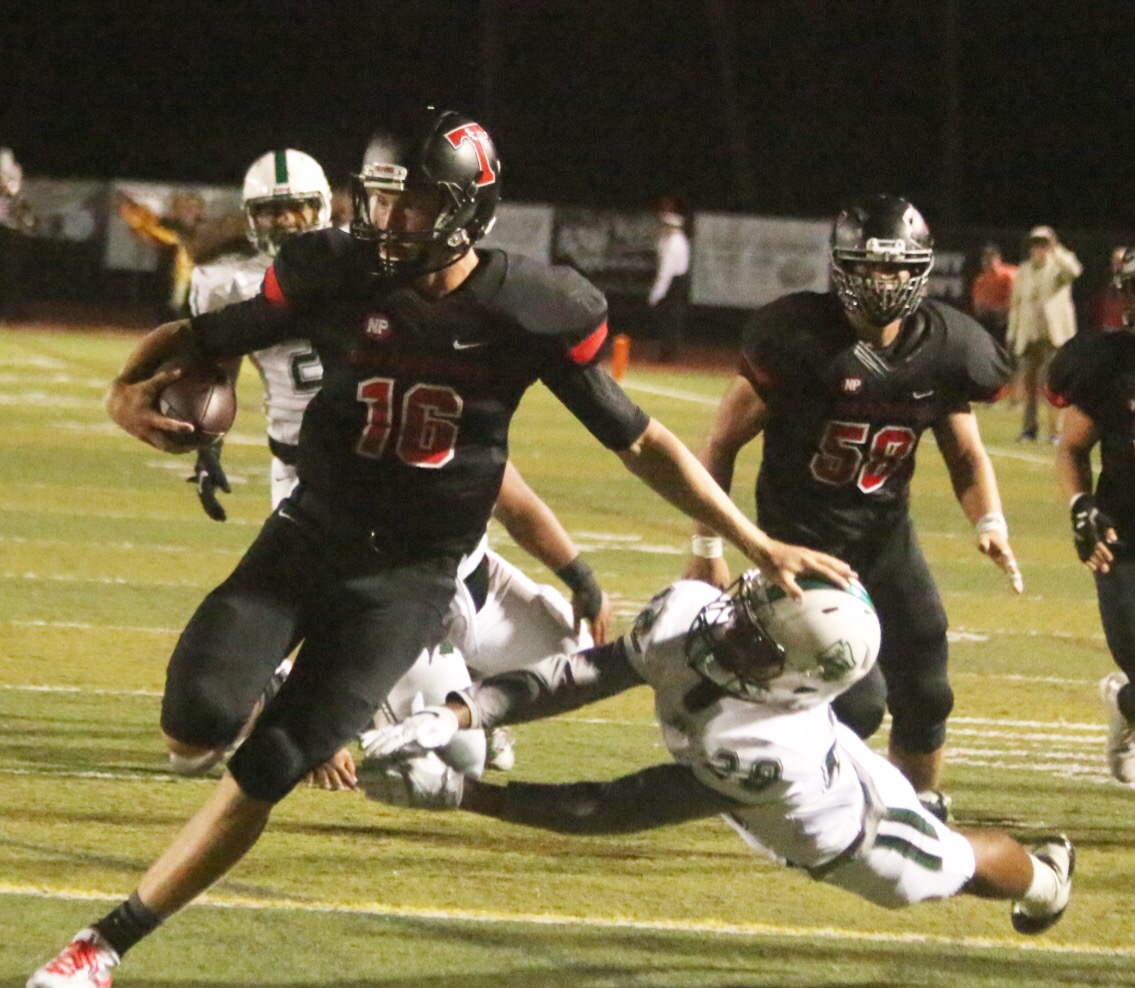 As the fall high school sports season stretches on, we use statistics and numbers to highlight notable individual and team performances of the year at San Clemente High School.

4—Number of interceptions the San Clemente football team’s defense recorded in the first half of a 41-3 victory over Tesoro on Oct. 14. Junior Jack Shippy had two interceptions in the game, and returned one of them 75 yards for a touchdown.

20—Goals scored by the San Clemente boys water polo team in a 20-11 nonleague victory over Irvine on Oct. 8. The amount of goals was a season-best mark for the Tritons. Reilly Pfeiffer led the team with eight goals and Sean Edwards had six.

37—Score posted by golfer Jessica Cornelius in a 204-223 victory over Tesoro on Oct. 13. Cornelius’ 37 earned her match-medal honors, and the win ensured the Tritons would split the South Coast League title with Dana Hills and Trabuco Hills.

6—Number of games in which senior running back/receiver Brandon Reaves has recorded at least one run that has gone for 35 yards or more. The dynamic playmaker is averaging 18.8 yards per carry.