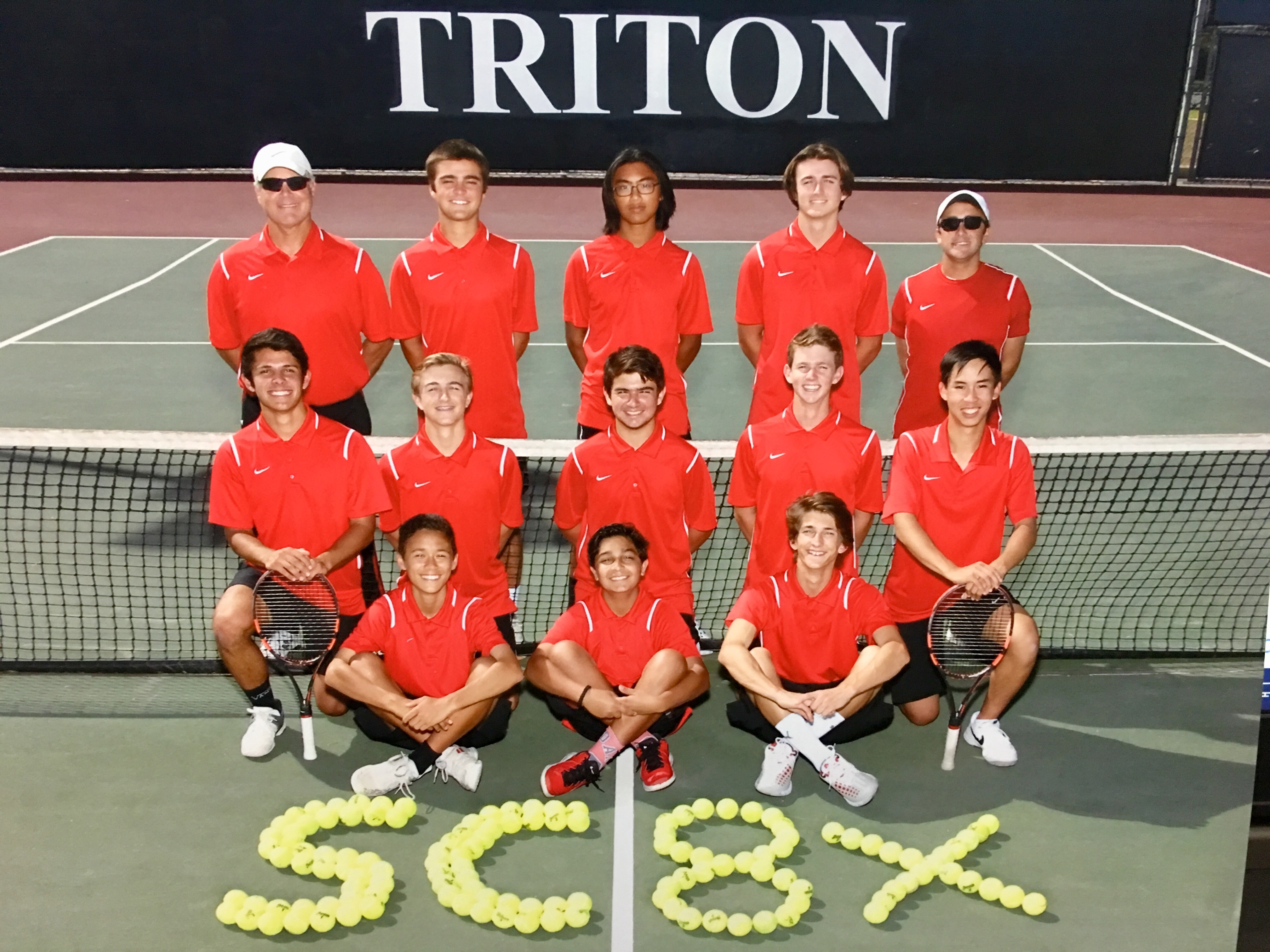 Boys Tennis swept through the South Coast League once again this season to capture its eighth consecutive league title.

The Tritons were led by seniors on the doubles side with Caden Spencer, Michael Tilly, Devin Ursem and Nathan Nasongkhla. Youth paced San Clemente in singles as sophomores Corey Angeli and Griffen Wolf were undefeated in league play.

Wolf won the league singles title, and the team of Angeli and Spencer won the league doubles title. Both advanced to the CIF-SS Individual Sectionals on Thursday, May 24 at Andulka Park Tennis Center in Riverside.

Wolf and the Angeli-Spencer team won both of their matches to advance. Angeli and Spencer received a bye to the round of 16 on Friday, June 1 at the Seal Beach Tennis Center. Wolf will need to win his match in the round of 32 on Thursday, May 31 at the Whittier Narrows Tennis Center in South El Monte to play at Seal Beach.

The CIF-SS round of 16 and quarterfinals both take place on Friday at Seal Beach Tennis Center with the semifinals and finals on Saturday, June 2 at Seal Beach.

Junior Alex Pak shot an even-par 72 to finish tied for eighth place and qualify for the state championships at the CIF/SCGA Southern California Championship on Thursday, May 24 at Brookside Golf Club in Pasadena.

Pak shot par on his first 11 holes but hit double-bogey and bogey on the 12th and 13th. He responded by hitting birdie on three of the next four holes to work back to an overall par.

Pak played in the CIF State Championship on Wednesday, May 30 at San Gabriel Country Club, but results were not available at press time.

Senior Jack Shippy qualified for the CIF State Championships with a personal record in the 100-meter and a season-best long jump at the CIF-SS Masters meet on Saturday, May 26 at El Camino College in Torrance.

In long jump, Shippy finished sixth with a jump of 22 feet, 5.75 inches. It was just the second jump over 22 feet in his career.

Shippy will run and jump at the 100th CIF State Track and Field Championships at Buchanan High School in Clovis with preliminaries on Friday, June 1 and finals on Saturday, June 2.