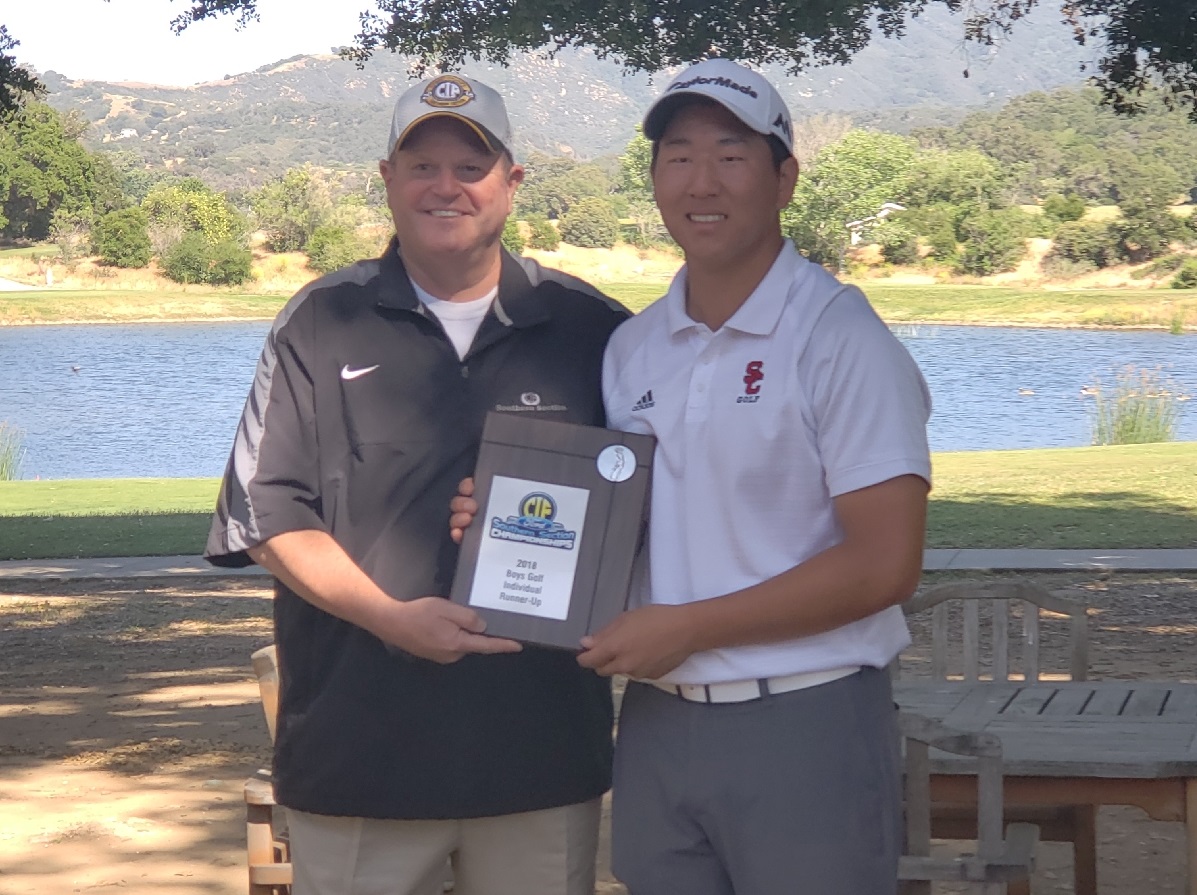 Junior golfer Alex Pak continued his stellar postseason run by picking up the runner-up plaque after a three-hole playoff in the CIF-SS Individual Championships on Thursday, May 17 at Rancho San Marcos Golf Course in Santa Barbara.

Pak finished his round in a three-way tie for first place with a four-under-par 67 and dueled with a pair of Palm Desert golfers in the playoff.

Pak birdied the first two holes but posted a triple bogey on the third hole to finish two shots behind the champion.

Pak qualified for the SCGA Regional State Qualifier on Thursday, May 24 at Brookside Golf Course in Pasadena. If Pak finishes as one of the top nine individuals that don’t qualify with their team, he would advance to the CIF State Championship on Wednesday, May 30 at San Gabriel Country Club in San Gabriel.

Senior sprinter and jumper Jack Shippy extended his postseason by qualifying for the CIF-SS Masters with his marks at the CIF-SS Division 1 Finals on Saturday, May 19 at El Camino College in Torrance.

The Masters meet is on Saturday, May 26 at El Camino College.

Senior opposite Kyle Burick and junior outside hitter Marc Monier were named to the First-Team All-South Coast League volleyball team as announced at the team’s banquet on Monday, May 21.

Sophomore Wolf Beeuwsaert and senior Connor Mateer were given the team’s Coaches Awards, and junior Cole McDaniel and Monier were named the team’s Tritons of the Year.

San Clemente coach Ken Goldstone had considered retiring from his long coaching career after last season, but he saw a lot of promise in this year’s group. That promise paid off in spades, and Goldstone hasn’t even given it a thought going into next year.

“I’m definitely coming back,” Goldstone said. “We made so many strides. We’ve invested a lot of time and effort getting these guys ready. Excited to see how this group continues on.”

Albany defenseman Stone Sims, San Clemente class of 2014, and the Great Danes advanced to the NCAA Championship Weekend for the first time in school history.

Albany defeated the University of Denver, 15-13, in the quarterfinals on Saturday, May 19. Sims scooped up two groundballs in the win.

Albany squares off with Yale in the semifinals on Saturday, May 26 at Gillette Stadium in Foxborough, Massachusetts.