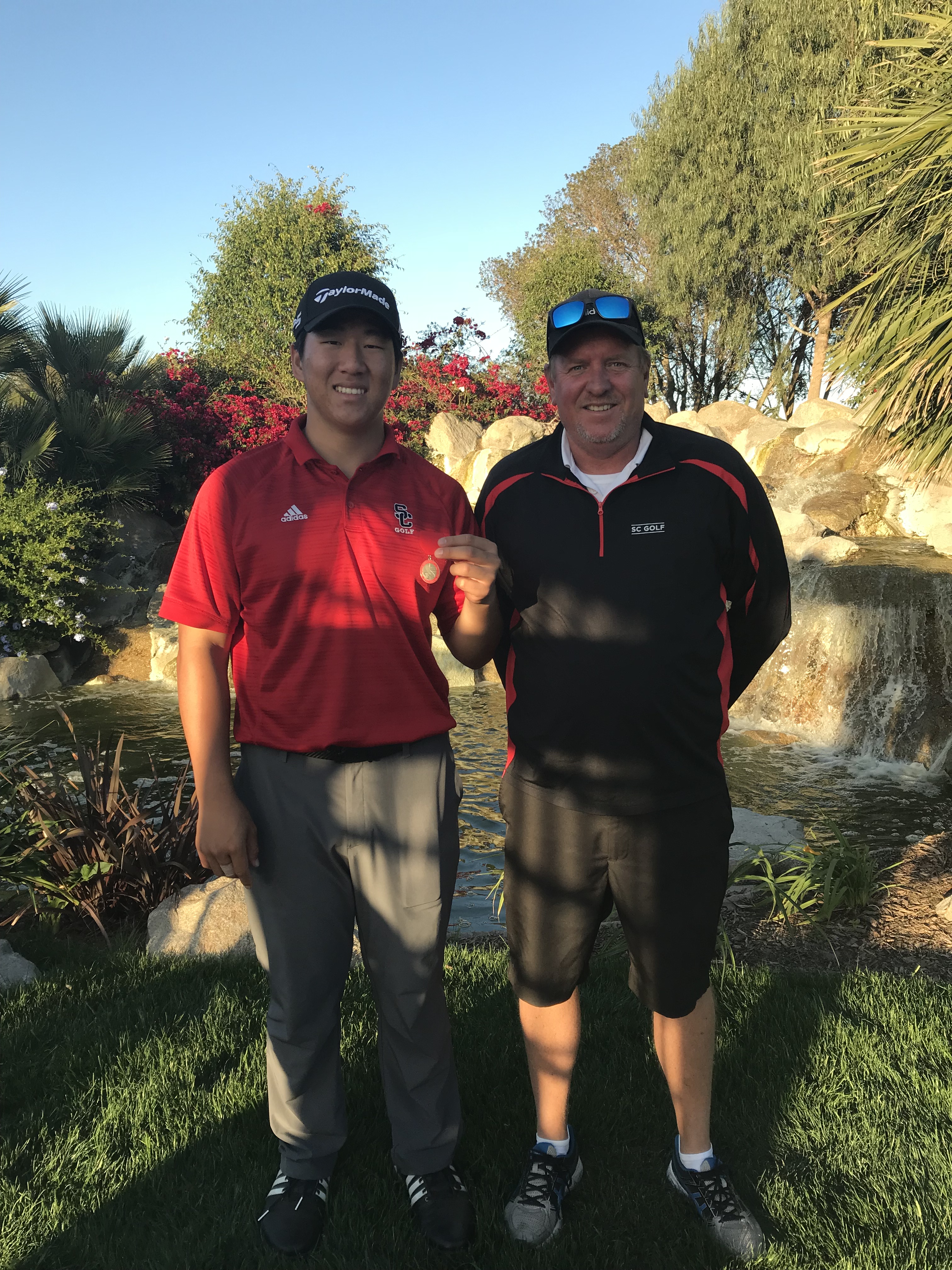 San Clemente junior Alex Pak shot a score of 67, 5-under par, to take second place at the CIF-SS Boys Golf Southern Individual Regional on Monday, May 7 at the Skylinks Golf Course in Long Beach.

Pak sank six birdies with just one bogey and finished ahead of 125 other players.

Pak moves on to the CIF-SS Individual Championships on Thursday, May 17 at Rancho San Marcos Golf Course in Santa Barbara. The top 28 individuals will advance to the CIF/SCGA Southern State Regional on May 24 at Brookside Golf Course in Pasadena.

The Triton girls took individual league titles in short and long distances at the South Coast League Finals on Friday, May 4 at Trabuco Hills High School.

Bennett also helped the Tritons to third place in the 4×100 relay (48.95 seconds) with senior Rylee Kerr and juniors Lila Ord and Siena Keck.