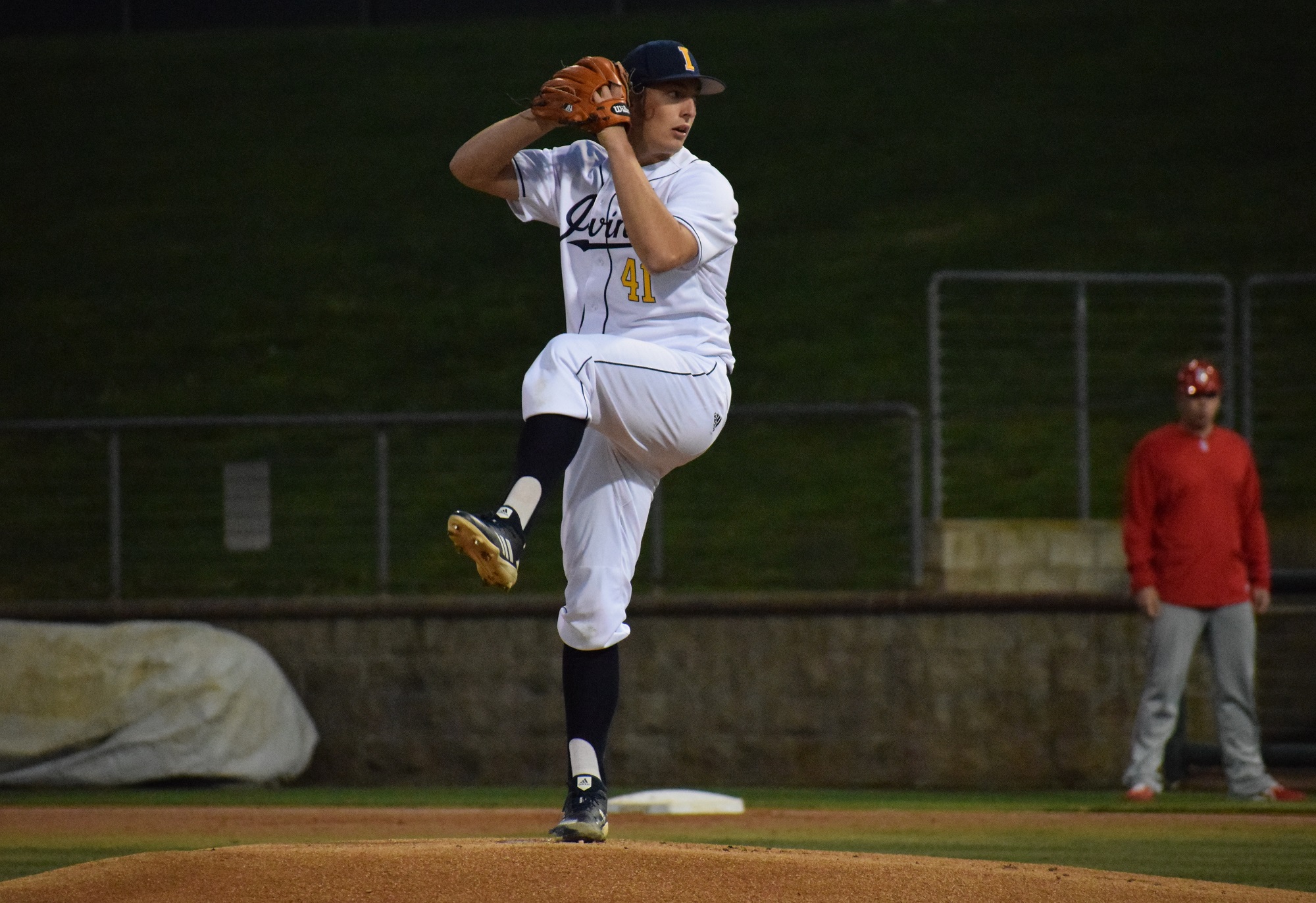 San Clemente High alumnus Andre Pallante, a right-handed starting pitcher for UC Irvine, was selected 125th overall by the St. Louis Cardinals in the fourth round of the 2019 MLB Draft on Tuesday, June 4.

Pallante, SCHS class of 2016, wrapped up his junior, and final, season at UCI last month. In three seasons with the Anteaters, Pallante compiled a 26-9 record with a 2.59 ERA and 260 strikeouts over 243 innings pitched.

At San Clemente High School, Pallante put together a 14-4 varsity record over his junior and senior seasons. Pallante was 8-1 with a 1.72 ERA and 63 strikeouts as a junior and finished 6-3 as a senior with a 1.02 ERA and 100 strikeouts.

San Clemente High alumnus Tanner Brubaker, a right-handed pitcher for UC Irvine, was chosen 329th overall by the Minnesota Twins in the 11th round of the 2019 MLB Draft on Wednesday, June 5.

Brubaker, SCHS class of 2016, completed his first season as a junior at UCI last month after one-year stints at Cal Baptist University and Saddleback College. Brubaker was selected by the Tampa Bay Rays in the 28th round last season out of Saddleback, but he did not sign with the club.

Brubaker put together a 5-2 record at UCI this season with a 2.99 ERA and 50 strikeouts over 72.1 innings pitched.

At Saddleback as a sophomore, the right-handeder was named the Southern California Pitcher of the Year after posting a 13-3 record with a 1.70 ERA and 96 strikeouts.

At San Clemente, Brubaker hit for a .261 average with 10 runs, seven RBIs and was second on the team with three home runs. On the mound, Brubaker went 1-2 with a 4.85 ERA and seven strikeouts.

After graduating in 2016, Brubaker played one season at Cal Baptist University before transferring to Saddleback. He only threw six total innings in six appearances for Cal Baptist.

San Clemente senior Raeonna Flores was named Most Valuable Player of the Sea View League in the year-end softball awards.

Flores, the go-to starting pitcher for the Sea View League champion Tritons, is headed for Concordia University in Irvine in the fall.

Wilford, bound for Cal Poly San Luis Obispo, posted a 1.17 ERA with 70 strikeouts over 65.2 innings this season. Riddle led the Tritons with a .362 batting average and 34 hits. Riddle collected 10 RBI and scored 11 runs.