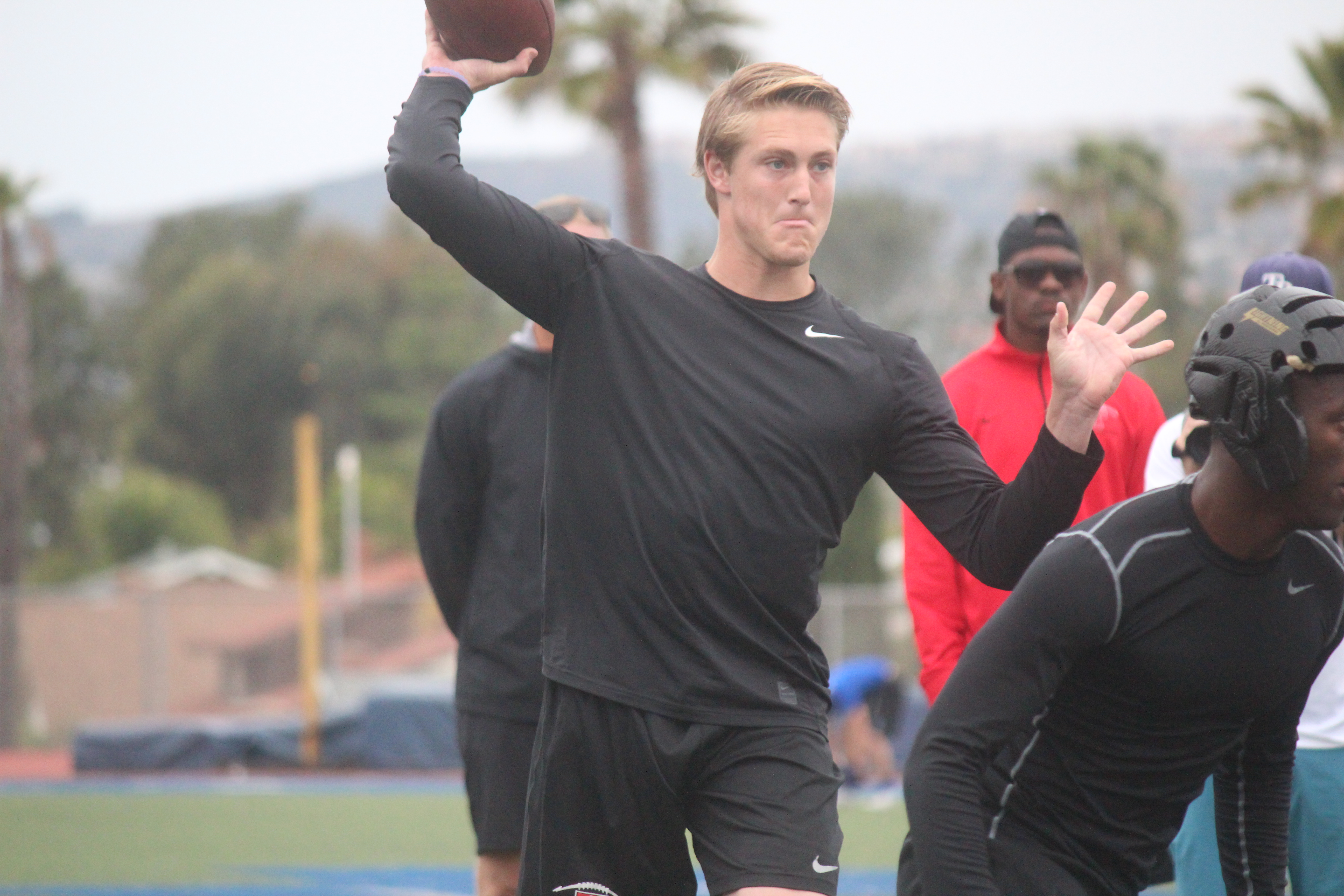 San Clemente quarterback Jack Sears had a big weekend competing at the Nike Opening Regional in Oakland May 28-29. The soon-to-be-senior signal caller was named the quarterback MVP of the high-profile event and earned an invitation to compete in the semifinals for the Elite 11 quarterbacks competition in June.

The Elite 11 competition pits the top quarterback recruits in the nation against each other in a skills competition. Sears will be the third Triton quarterback to compete in the event, joining Travis Wilson and Sam Darnold.

Sears also picked up offers from Ole Miss and Colorado State over the weekend.

Softball Falls to Grand Terrace in CIF-SS Second Round

After powering its way past West Valley in the first round of the CIF-SS Division 3 Championships on May 19, the San Clemente softball team’s bats were silenced in the second round on May 24.

The Tritons, who scored a season-high 15 runs in their first-round victory, failed to cross the plate against Grand Terrace in a 7-0 loss.

The loss ends the season for San Clemente (13-11-1), the co-Sea View League champions. The Tritons lost a coin flip with Laguna Hills heading into the postseason and were seeded as the league’s No. 2 team.

San Clemente senior runner Connor Dunne didn’t let a nagging cold hold him back at the CIF-SS Track and Field Finals on May 21. Dunne, who had been fighting a cold and an ear infection, placed second in the 800-meter run, posting a time of 1:51.08. Dunne earned a spot in the CIF-SS Masters Meet in Norwalk on May 27.

Junior Sean Kelsay also punched his ticket to the Masters Meet by clearing the mark of 14-feet-6-inches in the pole vault. Kelsay placed seventh in the CIF-SS Finals.

San Clemente thrower Anna Gillis also competed at the CIF-SS Finals, but did not advance to the Masters Meet. Gillis placed fourth in discus with a throw of 125-05 and finished ninth in the shot put (33-07.75).