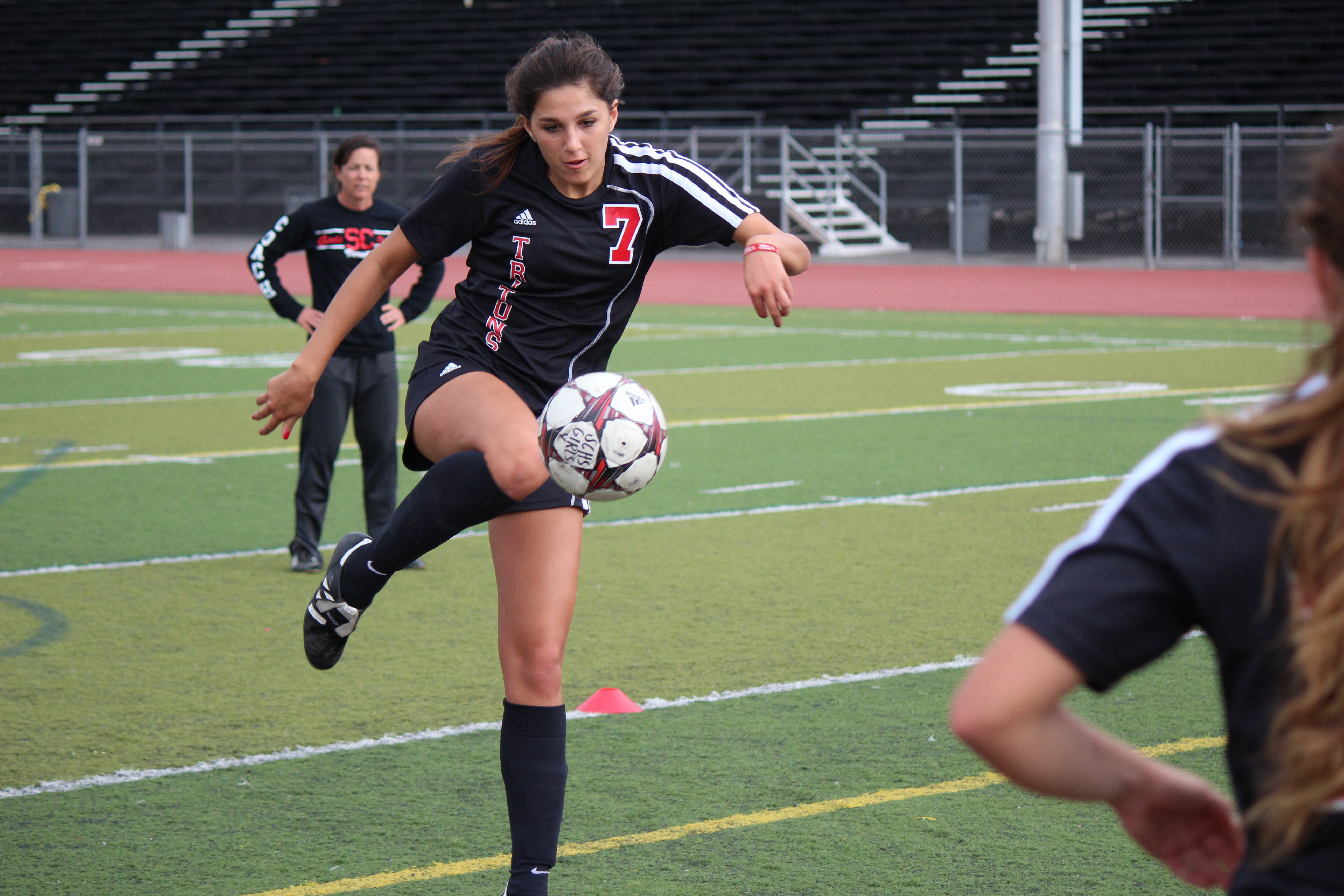 After grinding out a 3-2 win over Iolani of Hawaii in the semifinals of the Excalibur Tournament, the San Clemente girls soccer team found themselves in yet another close match in the tournament finals on December 28.

San Clemente’s Natalie Higgins netted a first-half goal against Los Osos, giving the Tritons (10-2-2) the lead, but Los Osos responded with a second half equalizer by way of an Aubrielle Camacho goal to send the game into penalties. Los Osos was able to best the Tritons 5-4 in penalty kicks and claim the tournament hardware.

The Tritons went 4-1 in the tournament and reached the finals because of a late, second half surge in the game against Iolani. San Clemente entered the second half down 2-1 and rallied back with goals from Natalie Higgins and Samara Bahu, who struck home the deciding goal.

A South Coast League match against rival Dana Hills on January 9 now awaits the Tritons who, as of December 16, were ranked No. 5 in the CIF-SS Division 1 coaches’ poll.

Brigette Kimbrough and Makenna Smith each scored three times in the win and pushed the Tritons (4-4) to .500 on the season.

The match marked San Clemente’s biggest win in what has been a tough preseason schedule. The Tritons lost to South Coast League rival El Toro 7-6 on December 14 in a nonleague match before falling to No. 2 Mater Dei 13-7 on December 17. The Tritons will round out preseason play with a match against top ranked Laguna Beach on December 31 at Capistrano Valley High before entering league play.

In his first game back from a foot injury that sidelined him for the team’s first 10 games of the season, junior forward Sam Darnold dropped 22 points in his return to the San Clemente boys basketball team’s lineup. Darnold, the reigning Sea View League MVP, led all scorers in the Tritons 81-66 win over Eastlake on December 26.

However, the team’s momentum was halted in their next game at the Estancia-Tustin Tournament, as the Tritons (6-7) fell to Western, 57-34. The 34 points tallied by the Tritons offense was their lowest output to date. San Clemente managed to bounce back with a 73-55 win over LACES on December 28.

The Tritons lineup improved with the return of Darnold and should benefit with the addition of transfer Gage Shelmidine, who is set to return in early January.

The San Clemente girls basketball team traveled to take part in the Las Vegas Holiday Classic Tournament and went 1-3 as of December 30. The Tritons (7-4) were set to play Liberty of Henderson Nevada on December 30. Results were not available at press time.

The Tritons lost to Foothill, Reno and Arbor View in the tournament. Their lone win came against Santa Fe on December 27.

The San Clemente boys soccer team was set to play San Pasqual in the finals of the So Cal High School Classic Showcase-West at Oceanside High School on December 30. Results were not available at press time.

The Tritons (10-0-1) paved their way to the finals by defeating an impressive list of opponents, including Great Oak and Brophy College Prep in the quarterfinals and semifinals, respectively. Senior Bryce Kaminski scored a goal in each of the Tritons first four matches at the tournament.