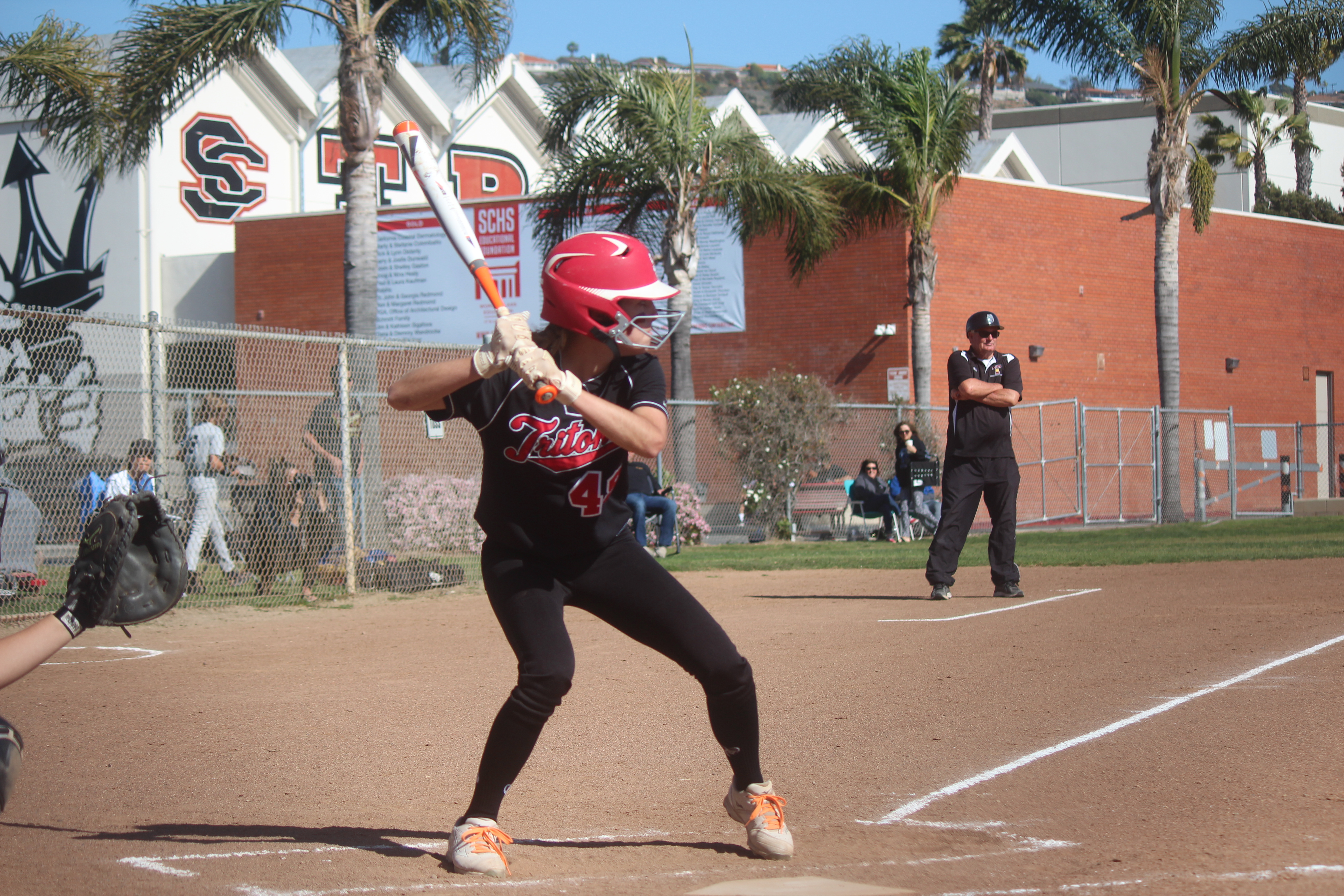 Softball Chasing Hawks Down the Stretch

Through the first round of Sea View League play, the San Clemente softball team sits in second place. Laguna Hills defeated the Tritons 6-1 on April 26 and holds a slim one-game advantage in the standings.

San Clemente will travel to San Juan Hills on May 9 and have its final game of the regular season at home against Laguna Hills on May 11. The game against the Hawks could decide the league title.

The sixth-seeded San Clemente boys lacrosse team closed out its regular season by scoring at least 13 goals in each of its final four games. The trend continued for the Tritons when they opened their bid into the U.S. Lacrosse Orange County playoffs on May 3.

The Tritons cruised past 12th-seed Los Alamitos 14-4, punching their ticket to the second round. San Clemente will travel to play defending Orange County and Southern Section champion St. Margaret’s in the quarterfinals on May 5.

The Tritons defense matched its offense in efficiency against the Griffins in the first round. Los Alamitos scored for the first time midway through the third quarter, when San Clemente already held a 12-0 advantage. Defenders Caleb Bozarth and Ryan Crawford recorded seven and four groundballs, respectively, and goalie Austin Boyer recorded six saves.

The San Clemente boys volleyball team won the first game of a must-win match against Tesoro on April 28 but could not hold on for the victory. Tesoro was able to come back and defeat the Tritons 23-25, 25-19, 25-20, 25-21 and claim the outright South Coast League title.

A win over Tesoro would have earned San Clemente (22-9, 6-2 league) a share of the league championship. San Clemente will advance to the CIF-SS Division 1 Championships later this month.

A two-game sweep of Laguna Hills on April 27 and April 29 vaulted the San Clemente baseball team into a three-way tie for first in the Sea View League standings. The move, however, was only temporary.

The Tritons suffered a 6-0 extra-innings loss to Mission Viejo on May 4, dropping them back into a tie for third place with San Juan Hills.

Bibee was replaced before the eighth inning while Pallante attempted to go the distance in the eighth. But Mission Viejo finally got to the hard-throwing righty in the final inning. Pallante threw two wild pitches to plate one runner and, after Mike McGreevy came on in relief, the Diablos bats came alive to plate five more runs

San Clemente will play the Diablos again on May 6 and travel to San Juan Hills for its final game of the season on May 12.

The school is in the process of searching for a new head coach. Those interested are asked to contact Hamro at jhamro@capousd.org.