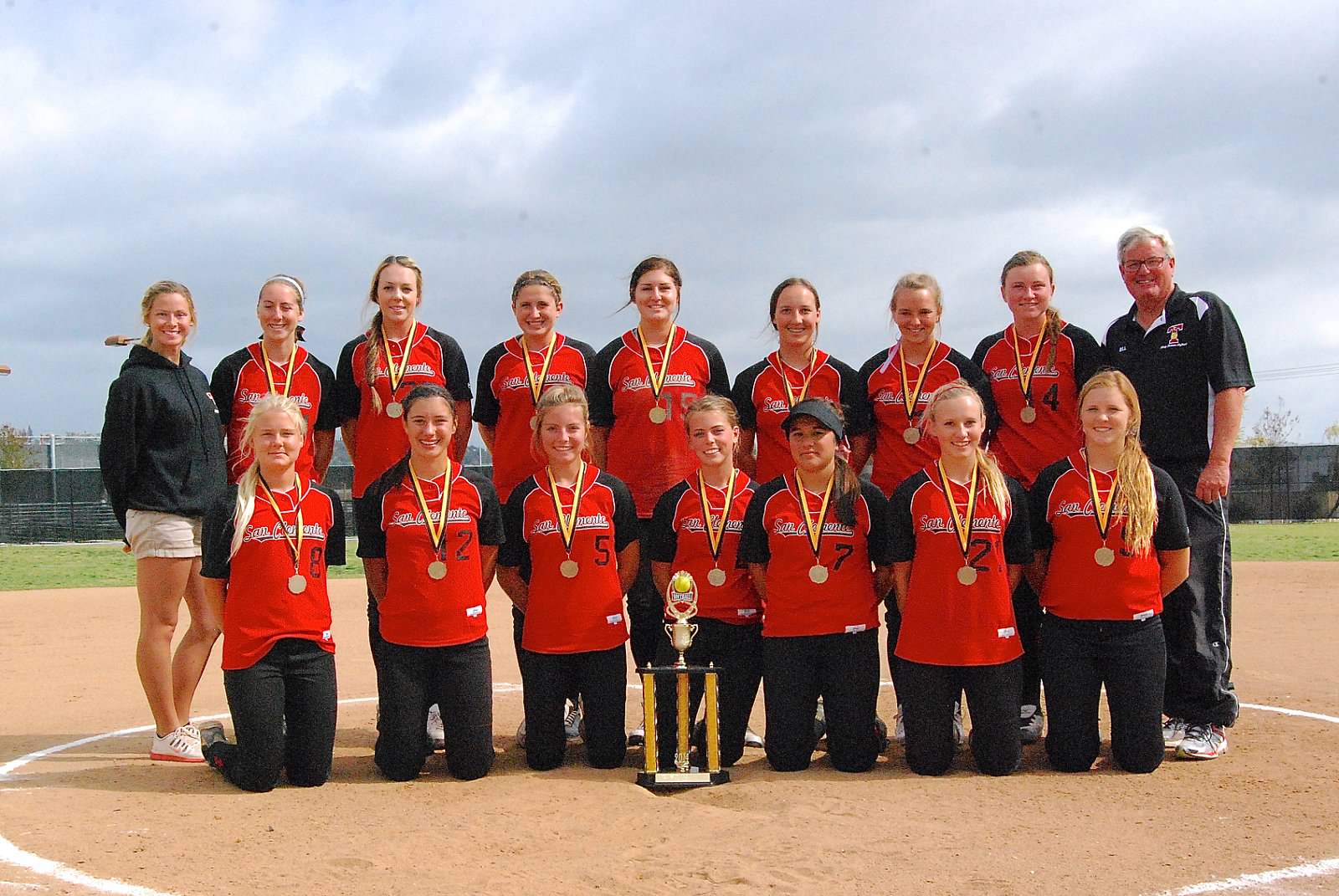 Trying to wrap up their preseason, the San Clemente boys volleyball team earned a clean sweep of visiting Fountain Valley, 3-0, on March 25.

The Tritons were coming off a third-place finish at the Orange County Championships this past weekend.

The Tritons (10-4) were able to keep the Barons at bay the first two sets and cruise to comfortable 25-14 and 25-16 set wins. But the third and final set was neck and neck, with the Tritons ultimately coming out on top 25-23, giving them the shutout.

The Tritons have been plagued with injuries so far this preseason. Senior libero Marcus McGuire is still out due to injury, but senior Nick Goldstone was able to return from an ankle injury in time for the match against the Barons.

With only seven seniors on the roster this season, the Tritons are heavily reliant on their sophomores and juniors, which is working out just fine so far.

“As seen tonight, Aaron Strange is someone to look out for this season,” head coach Ken Goldstone. “We are almost back at full force. My hope this season is for us to go all the way and win the league championship.”

Big Day for Tritons Track and Field at Home Meet

Home cooking can be a powerful springboard for a high school sports team’s season. That statement rang true for the San Clemente boys and girls track and field teams on March 22, as several athletes had standout performances at the Triton Invitational one week before the start of league play.

Senior Kelsey Benoit continued his tear through the preseason invitational season, notching wins in both the discus and shot put competitions. Benoit’s throw of 177-08 in the discus eclipsed his next closest competitor by over five feet.

His performance in the shot put circle was even better.

On his first throw, Benoit set a new meet record. His second throw bested that mark. On his third try, Benoit unleashed a throw of 62-0.3, his best of the season and a mark that is currently the second best in the CIF-SS this year. All three of Benoit’s throws were over 61 feet in length.

Senior Melissa Eisele won the girls 1600 (4:56.23). According to head coach Dave Proodian, Eisele is four seconds off the school-record time in the event.

In a contest between two unbeaten teams, San Clemente and Corona del Mar squared off on March 21, with the Sea Kings ultimately coming away with a slim 4-3 victory.

Corona del Mar (4-0) did all of their damage in the first half of play, getting early goals from Jordan Greenhall and Jay Damon. San Clemente’s (5-1) Austin Streeter cut the lead in half moments later.

The Sea Kings continued to pressure on offense, outshooting the Tritons 15-6, and took a 4-1 lead into halftime.

The Tritons were able to turn things around in the second-half, holding Corona del Mar scoreless in the final two quarters. The Tritons narrowed the lead to one, following goals by junior Jack Renard and senior Austin Lickley, but it was not enough.

San Clemente came into the nonleague match with momentum on their side, having won their previous five contests behind a potent offense. Before the 4-3 defensive battle with Corona del Mar, the Tritons offense was averaging 13.4 goals per game.

The Tritons will continue their tough preseason schedule with a home game against Foothill (5-1) on March 29. The game is set to begin at 12:15 p.m.

The Tritons (4-3) recently played in the Laguna Hills OC/LA Shootout, where they picked up wins over Palos Verdes Peninsula and Downey on March 15. The Tritons outscored both teams by a combined 29-10 margin. Junior Katelyn Miner, the team’s leading scorer, scored eight goals in the tournament.

One game before the tournament, the Tritons defeated Dana Hills 11-6 in a nonleague contest on March 13.

The San Clemente boys golf team came out of the gate hot, firing four consecutive winning rounds to start their season. But following a 199-215 victory over Aliso Niguel on March 11, the Tritons slipped and lost three in a row.

Looking to bounce back, the Tritons opened Sea View League play on March 25 with a convincing 188-215 win over Laguna Hills. Reese Wahlin carded a 35 (-1) on the front nine at Bella Collina Golf Club to lead all golfers.

Junior Sammy Schwartz is building off his strong sophomore breakout season and leads the team with three medals.

One year removed from a 5-20 season, the San Clemente softball team is bouncing back in a big way in 2014.

San Clemente (8-1) bested the field at the Foothill Roundup Tournament on March 22 to claim the first-place hardware. The Tritons defeated Foothill, Beckman and Los Alamitos en route to the title.

The Tritons pitching duo of juniors Lauren Kane and Jordyne Prussak held opponents to a .209 batting average and recorded 17 strikeouts in the tournament. Kane went 2-8 with a home run and two RBIs at the plate and recorded three pitching wins, earning the tournament MVP honors.

The San Clemente boys tennis team is off to a perfect start to their season, and the players head coach John Stephens was counting on at the start of the year are coming through, powering them to a 7-0 overall record.

The Tritons’ roster took a hit to graduation over the offseason, which put the onus to perform on the few returning players, and one standout freshman, they had. So far, the top singles rotation of senior Nic Valko, freshman Michael Bott and sophomore Jay Yeam have gone a combined 55-2. The top doubles duo of Matt Greenberg and Billy Whitaker are 19-2.

The Tritons recently defeated El Toro 17-1 in a South Coast League match. They will play Capistrano Valley on March 27.

The Triton baseball team improved their record to 10-3 for the season and 2-0 in Sea View League play with a 2-4, three RBI performance from Trevor Beard on Wednesday against San Juan Hills. Beard and the rest of the Triton bats broke out for ten runs on nine hits and seven walks, defeating the Stallions 10-5 in the second game of league play.

The Stallions took an early lead against Tritons starting pitcher Will Tribucher in the first inning, scoring two runs on two hits by Mario Morales and Josh Robinson.

San Clemente answered with two runs of their own in the bottom of the first inning. Following three consecutive singles by Kent Burckle, Lucas Herbert and Beard, Tribucher helped his own cause with a two-run single into right field to tie the game at 2-2.

After the Stallions tallied two more runs in their half of the second inning, the Tritons exploded for six runs.

With no outs, the Tritons loaded the bases before Connor Sealey walked to score Chirs Puckett, who reached on a walk to begin the inning. A fielding error by the Stallions allowed Kolby Allard to come around to score on a routine groundball to shortstop. One batter later with the bases loaded, Beard took a fastball to the left field wall for a base-clearing, three-run double.

In three innings of work, Tribucher gave up seven hits, two walks and four runs.  He was replaced by Chris Puckett in the fourth.

San Clemente now play in the Anaheim Lions Tournament, which begins March 29 with a double header at home against Palos Verdes and Santiago (11:00a.m./3:00p.m.).