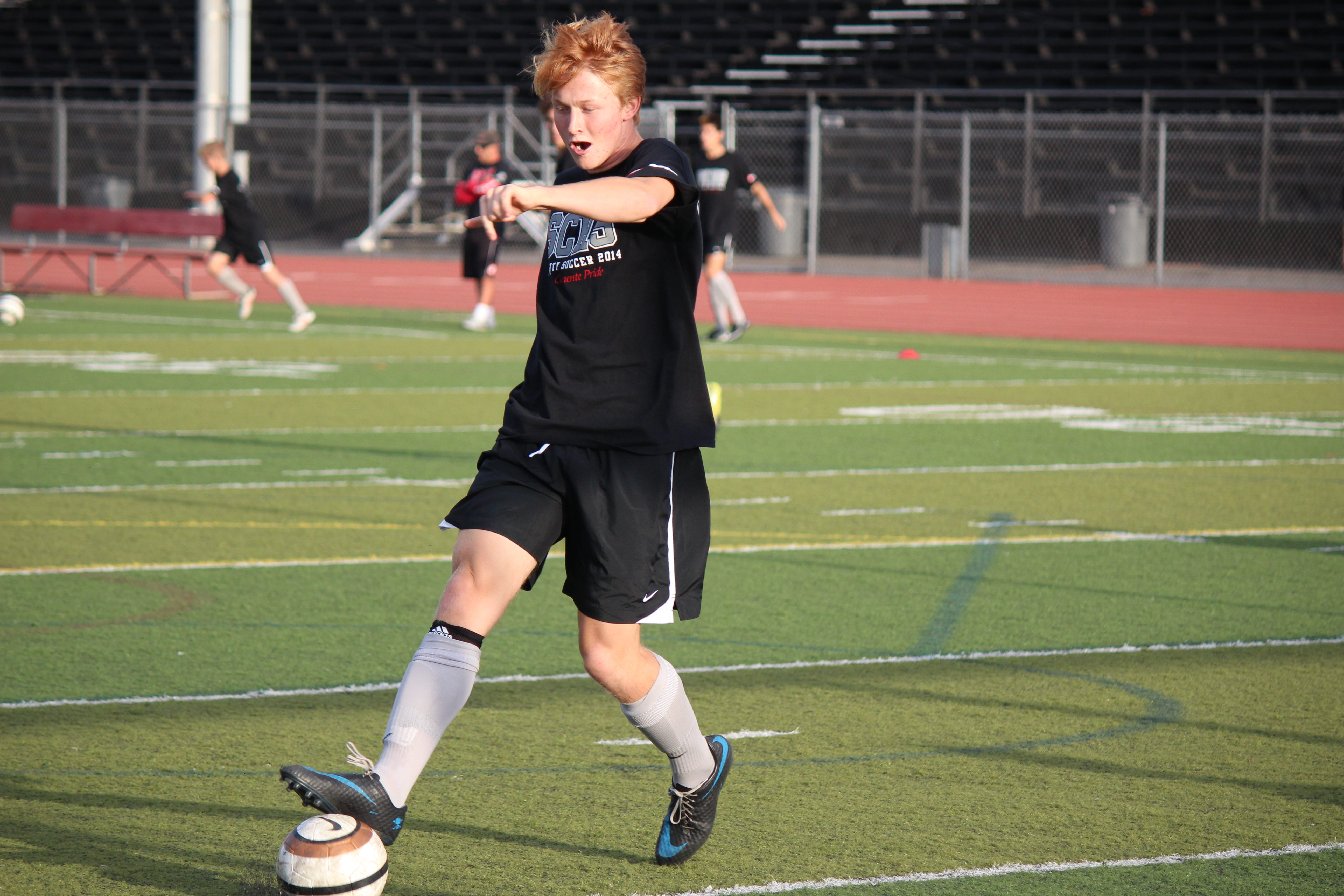 The Tritons (21-2-1, 5-1 league) junior forward Blayne Martinez scored twice, and Bryce Kaminski tallied one goal and one assist and senior McKay Reece netted a goal in the win. Kaminski has now scored 22 goals in 22 games.

The Tritons will surely be given a high seed in the upcoming CIF-SS Division 1 Soccer Championships.

In their most lopsided contest to-date, the San Clemente girls basketball team left no doubt as to which team will raise the South Coast League hardware in 2014 on Feb. 10.

The Tritons (16-8, 8-0) defeated Laguna Hills in an 83-18 blowout victory, ensuring a solo first-place finish in league.

San Clemente was set to play Aliso Niguel on Feb. 12. Results were not available at press time.

It was only fitting that the South Coast League title came down to a late-season match between the San Clemente and El Toro girls water polo teams. The teams were split in the season series heading into Feb. 11’s deciding contest, with the Chargers winning a preseason game back in Dec. and the Tritons claiming a league win in Jan.

When all was said in done at El Toro on Tuesday, the Tritons emerged with a 13-10 win, thanks to a five-goal effort in the fourth quarter.

The Tritons saw a 6-4 second quarter advantage disappear before their eyes in the third, when El Toro (10-16, 5-2) rattled off four goals to make things even 8-8 heading into the fourth. San Clemente was able to rally and outscore their opponent 5-2 and claim the league title.

San Clemente is set to finish off their regular season with a road game against Trabuco Hills on Feb. 13. Results were not available at press time.

The San Clemente wrestling team did not receive a seed in last weekend’s CIF-SS Dual Meet Championships, but went on to advance to the tournament’s quarterfinals.

The Tritons defeated No. 5 Pioneer Valley 41-31 in the first round before losing to Martin Luther King Jr. 45-30 in the quarterfinals.