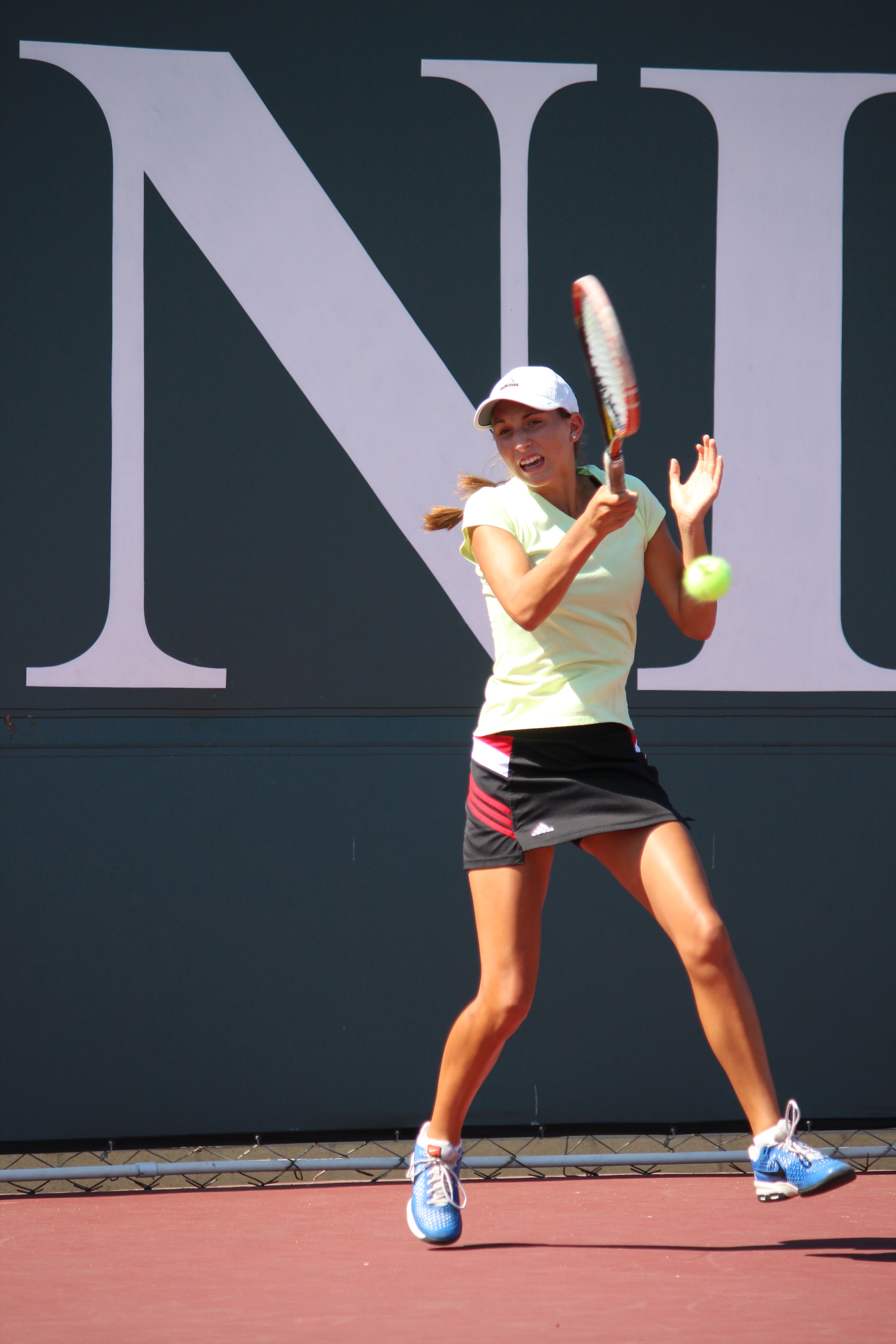 On Oct. 2, the San Clemente girls tennis team accomplished something no Dana Hills opponent has in league play since 1991. The Tritons relied on strong play from their singles unit against the Dolphins en route to an 11-7 upset victory in the South Coast League. The loss was the first the Dolphins have suffered in league in 23 years.

The Tritons were led by singles players Lindsay Hung and Sami Neilson, who swept all three sets.

The Tritons played back to back practice matches against Santa Margarita and San Juan Hills on Oct. 6 and Oct. 7, respectively. San Clemente will host Tesoro in a league match on Oct. 9.

The win was an early statement for the Triton squad, who edged second place Tesoro at the meet. Tesoro began the week as the No. 6 team in the CIF-SS Division 2 rankings.

The San Clemente girls cross country team was set to compete in the South Coast League Cluster Meet at Irvine Regional Park on Oct. 8. Results were not available at press time.

The Tritons have been led by senior Kelsey Carroll, who has won two consecutive individual races to start her 2014 season. Carroll won the senior race at both the Woodbridge Invitational and Laguna Hills Invitational in Sept.

Tesoro Dominant in 59-38 Win Over Tritons

Tesoro junior quarterback Devon Modster and the Titans (5-1) offense had an answer for everything the Tritons (5-1) threw at them. Modster completed 17 of 30 pass attempts for 234 yards and four touchdowns. He also ran in a score late in the second quarter.

The Titans were able to keep San Clemente off the scoreboard early. Modster hit senior Tristan Kafentzis for a 30-yard touchdown and, after Tesoro forced a three and out on defense, connected with junior Spencer Heinsius for a 15-yard scoring strike that made it 14-0.

In the second quarter, both teams had a hard time keeping control of the ball.

A Tesoro fumble was recovered by San Clemente to start the quarter but the Tritons coughed it up right back to the visitors minutes later. With Tesoro driving downfield, the Tritons defense forced another fumble and senior linebacker Riley Whimpey recovered it for a 70-yard touchdown return to make it 17-10.

The Titans kick return unit was a difference maker in the game and consistently set Tesoro’s offense up with a short field.

After being set up at midfield, Tesoro scored on the first of two Anthony Battista touchdown runs to make it 24-10. Less than one minute later, San Clemente quarterback Sam Darnold responded on a 21-yard touchdown screen pass to junior Vlad Dzhabiyev to cut into Tesoro’s lead yet again, 24-17.

The crucial swing in the game came just before halftime.

San Clemente marched downfield trailing by 14 and scored on a 12-yard Dzhabiyev run with just over one minute to play. Tesoro again got a big play from their special teams when Kafentzis returned the ensuing kick 45 yards, setting up yet another short field. Modster engineered a quick-hit four-play scoring drive and ran in a four-yard touchdown to make it 38-24 with 19 seconds remaining.

Tesoro received the ball to start the second half and scored on a 16-yard pass from Modster to Jake Smeltzer to take a commanding 45-24 lead.

The Tritons were not able to recover.

“We didn’t play clean and when you don’t play clean that’s what happens. (Being) 5-1 is good. I wish we would have performed better tonight and we didn’t,” San Clemente head coach Jaime Ortiz said. “We’ve got to lick our wounds and learn from the experience and get ready for next Friday night.”

The loss snapped the No. 1 ranked Tritons five-game unbeaten streak. San Clemente will now head into Sea View League play and a game against Capistrano Valley on Oct. 10. The Cougars (5-1) are in the midst of a bounce-back year and are currently ranked No. 6 in the CIF-SS Southwest Division polls.

The San Clemente girls volleyball team rallied back after losing the first two sets to Tesoro on Oct. 7 to take a five-set South Coast League victory on the road.

The San Clemente girls golf team fired off a collective score of 208 against Tesoro in a league match at Coto de Caza Golf Course on Oct. 1. The 208 was the Tritons lowest score posted in five matches, dating back to Sept. 11. But it was not good enough to earn a win, as the Titans responded with a low round of their own to claim a 199-208 South Coast League victory.