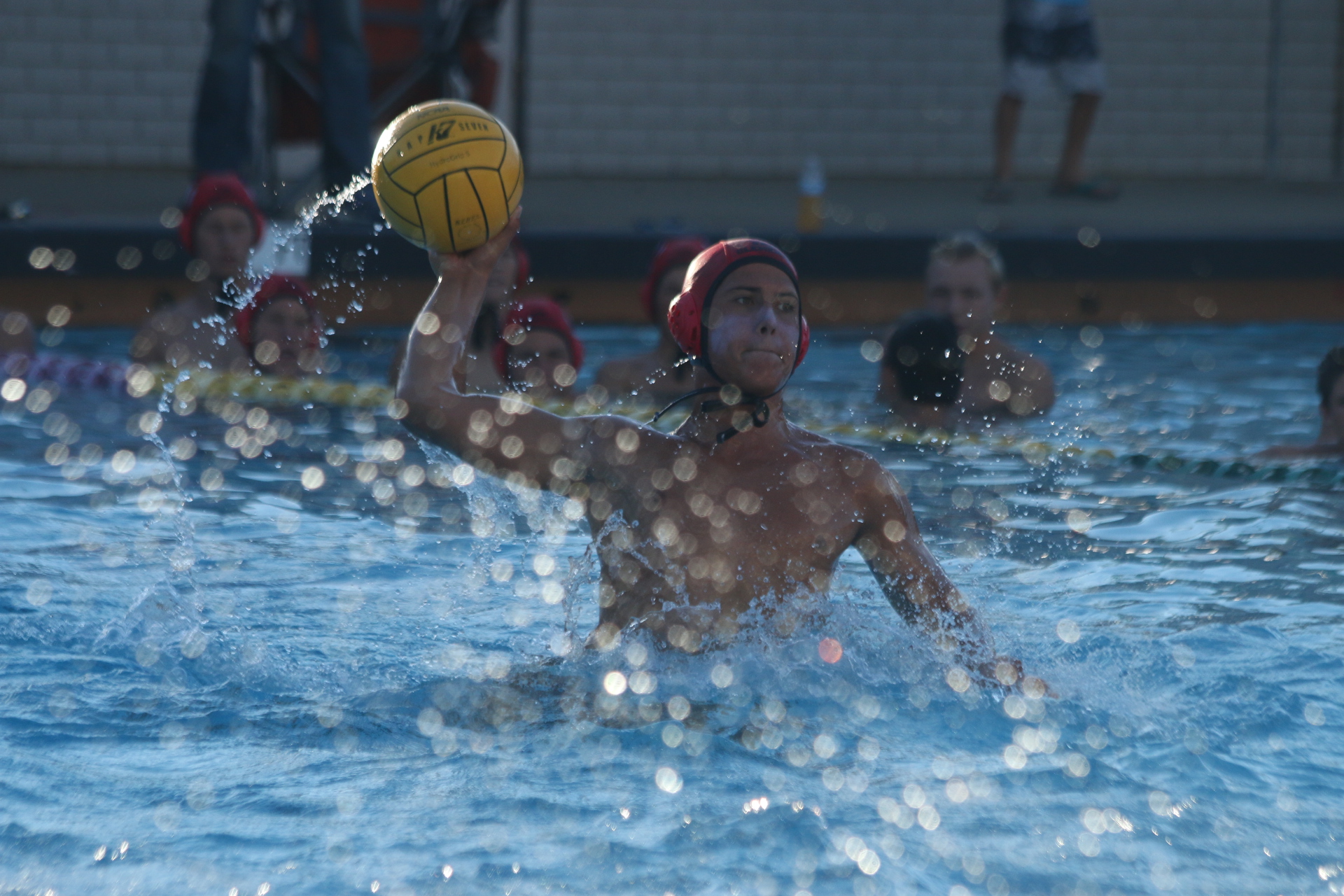 Tennis Team Cruises into Second Round of Playoffs

The San Clemente girls tennis team had no problem getting back Santa Margarita in the first round of the CIF-SS Division 1 Championships on Nov. 1. The Tritons defeated the Eagles 16-2 to advance to the second round.

San Clemente will host San Marino in the second round on Nov. 3.

The Tritons entered the postseason with plenty of momentum.

Lindsay Hung, Sami Neilson and Jenna Yeam swept the top of the podium at the South Coast League finals tournament on Oct. 30.

Hung, who has yet to lose a match all season, won the league singles title.

Neilson and Yeam teamed up to win the league doubles title, upsetting the No. 1 seeded doubles team from Dana Hills in the championship match.

The Tritons doubles team of Jasmine Safavieh and Ariana Safavieh advanced to the tournament semifinals.

The league titles earned Hung, Neilson and Yeam a trip to the CIF-SS Individual Championships on Nov. 20. The site of the tournament is TBA.

By placing first as a team in the South Coast League, the Tritons were scheduled to begin their run through the CIF-SS Division 1 Championships on Nov. 1 against Santa Margarita of the Trinity League in the first round. Results were not available at press time.

The Tritons shot a cumulative score of 405, narrowly missing out at placing in the top-3 and advancing to the next stage of competition.

Senior Julia Kalez will tee it up at the CIF-SS Individual Finals at River Ridge G.C. on Thursday, Nov. 2.

Water Polo Set for Second Round Showdown With Sea Kings

After getting past Los Osos 14-9 in the first round of the CIF-SS Division 2 Championships, the San Clemente boys water polo team will travel to play Corona del Mar in the quarterfinals on Saturday, Nov. 4 at noon.

The Sea Kings (20-9) finished the regular season as the No. 2-ranked team in Division 2. The Tritons were ranked seventh. The winner of CDM-San Clemente will play the winner of Agoura-Mira Costa in the semifinals on Wednesday, Nov. 8.

There is no mistaking that Friday, Nov. 3 is a date both the San Clemente and Mission Viejo football teams had circled at the start of the year.

The two teams played each other in the final game of the regular season one year ago with the South Coast League title on the line and the Diablos cruised to an easy victory.

This year, the script reads a little differently but the stakes remain the same.

There are only four undefeated teams remaining in Orange County and the Tritons and Diablos are two of them.

Both teams enter Friday’s game with perfect 9-0 records, including 3-0 marks in the South Coast League.

San Clemente, which moved up to No. 7 in the latest CIF-SS Division 1 poll this week, is playing inspired football.

Since the team’s 14-0 win over Palos Verdes on Sept. 22, an uncharacteristically low-scoring affair, San Clemente has found its stride. In the ensuing four games, San Clemente outscored teams 140-68 and scored at least 30 points in all three league games.

Last week, on Homecoming night against Trabuco Hills, San Clemente won behind a well-balanced effort. Quarterback Brendan Costello threw for 267 yards and four touchdowns. Running back Austin Whitsett rushed for an efficient 140 yards on just 10 carries and scored twice. He also returned a kick for a touchdown. The defense held strong as well in a 56-21 win.

“We’re mainly a run-first team. That’s what we’re powered by,” receiver Keith Jones, who had 92 receiving yards and a score last week, said. “We have a great running back in (Whitsett) and that leads to the passing game getting opened up. We have a lot of options on offense.”

The Diablos will be playing with a little extra incentive Friday night. The contest will be longtime coach Bob Johnson’s final regular season game. Johnson, who holds the Orange County record in career coaching wins, announced his retirement midseason. The school plans on hosting hundreds of Johnson’s former players and assistants at the game. Johnson’s win tally stood at 342 victories before Friday’s game.

“Our kids are excited and it’s going to be a great environment,” San Clemente coach Jaime Ortiz said. “That’s why kids come to San Clemente and to Mission Viejo, to play in games like the one on Friday night.”

A key matchup will be between the veteran San Clemente secondary and the Diablos’ talented receiving corps and quarterback. Mission Viejo boasts both Olaijah Griffin, a UCLA commit, and Austin Osborne, a Washington commit, at wide receiver. The two have linked up with quarterback Joey Yellen for a combined 17 touchdowns this season.

“They definitely have weapons on offense … we’re going to have to play sound football and know where (their playmakers) are at all times. It’s going to take a total team effort in order to be successful Friday,” Ortiz said.