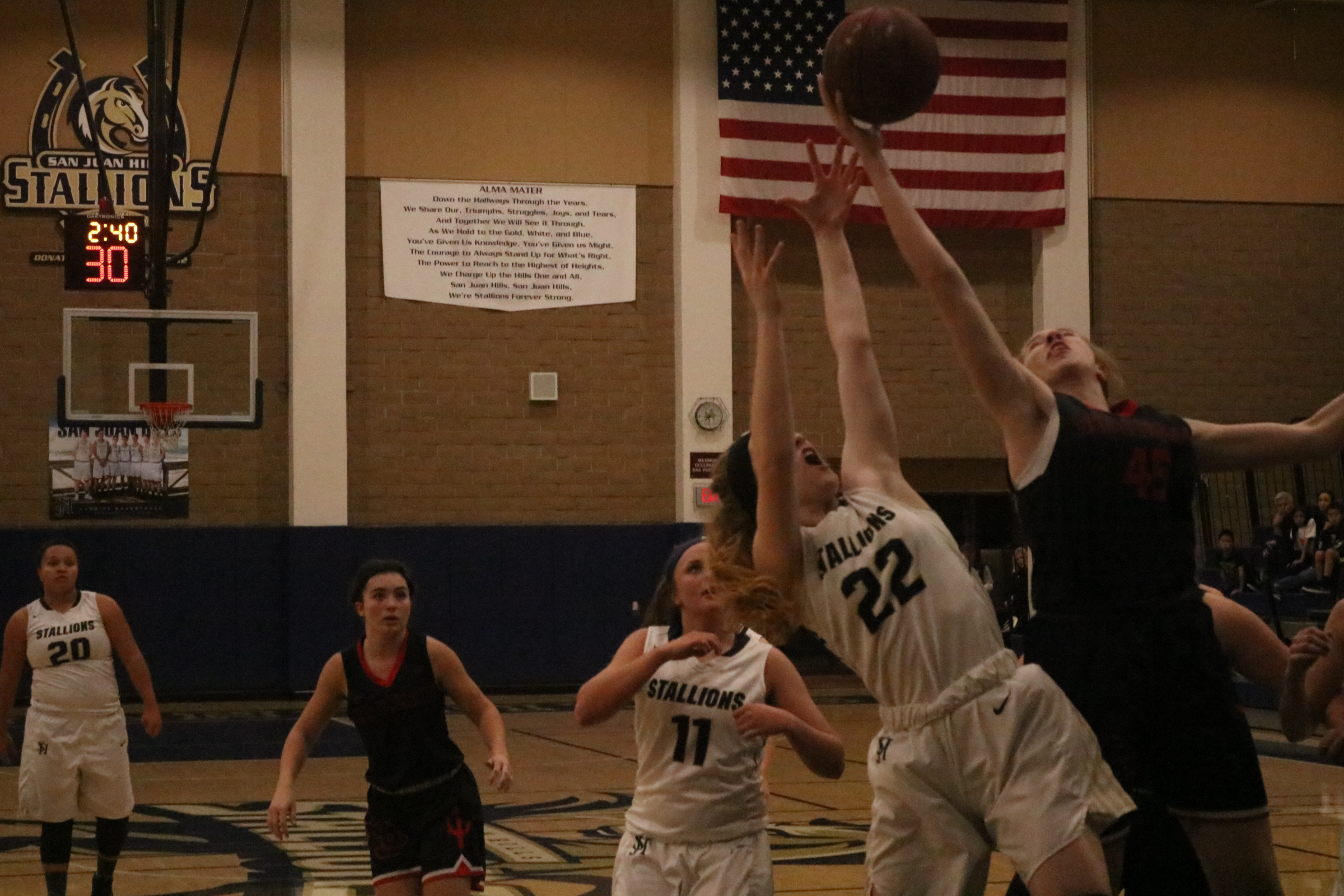 San Clemente put together its first three-game win streak of the season to push into third place and the South Coast League’s final guaranteed playoff spot.

On Feb. 7, San Clemente got its third win in a row and surprised second-place Tesoro to clinch third place a playoff berth.

San Clemente claimed the consolation title for a respectable ninth-place finish at the Southern California Championships hosted by Irvine High on Feb. 1-3.

The top 10 teams in the poll are considered the Division 1 watchlist with a CIF-SS committee determining the top eight that will make up the Division 1 playoff field. The remaining teams will be slotted into the Division 2 playoffs.

Carolina Moreno won at 160 lbs., and Evy Osoria finished in the top eight at 126 lbs. at the CIF-SS Southern Division regional qualifying tournament on Feb. 3 at El Toro High.

Osoria won her first two matches by fall in 1:32 and 1:30 before losing, 6-2, in the quarterfinals. In the consolation bracket, Osoria picked up a fall victory in 45 seconds to finish in the top eight.

National Signing Day, a day when student-athletes from football, boys and girls soccer and boys water polo sign letters of intent with a college or university, took place at San Clemente High School on Feb. 7.

For photos, a list of student-athletes signing their letters of intent to colleges and more, check out www.sanclementetimes.com for full coverage of the Signing Day festivities.