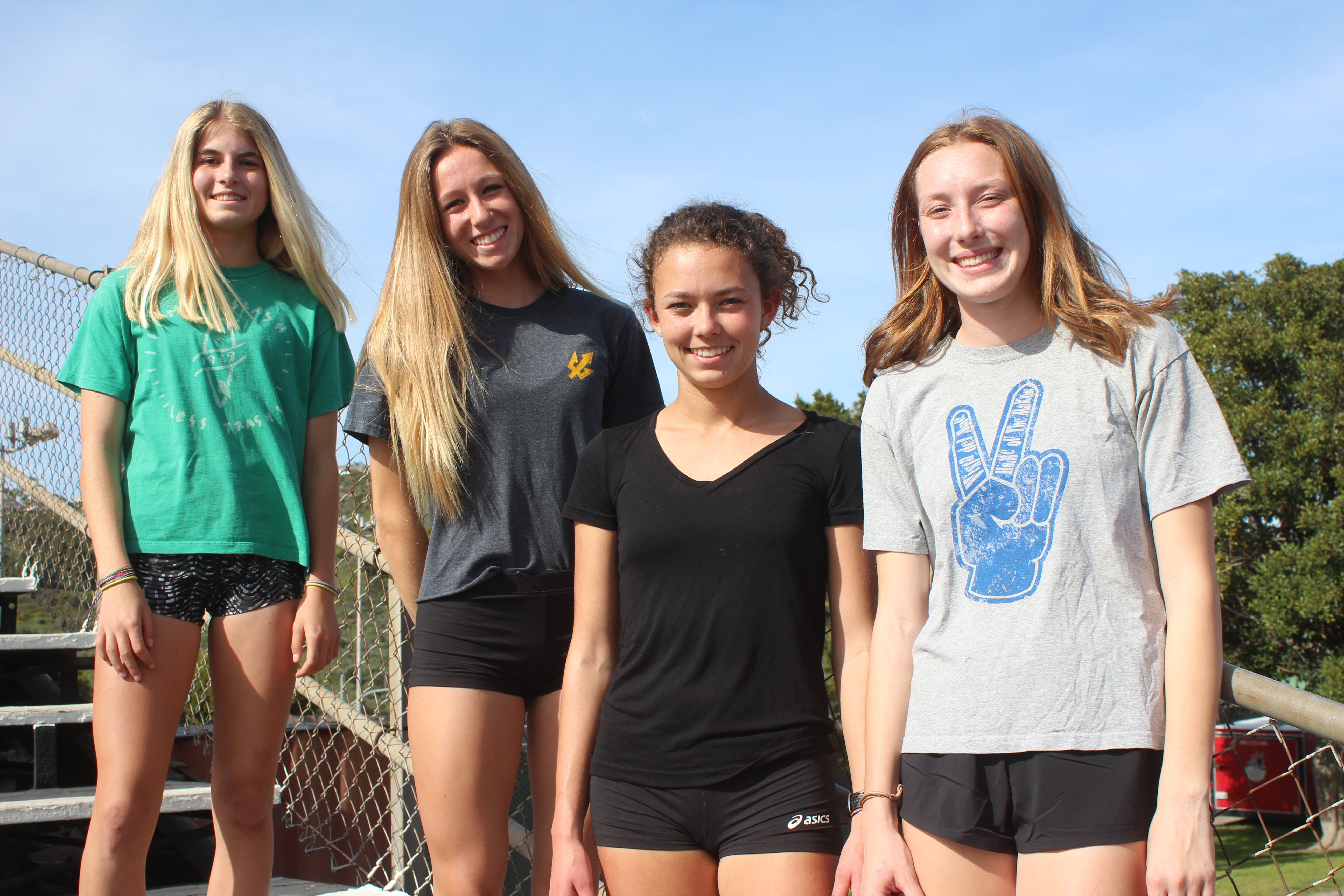 The San Clemente boys and girls track and field teams got their first taste of competitive action at the South County Classic meet at Trabuco Hills on March 10.

While there were several standout performances, there was one that stood above the rest.

Freshman runner Hana Catsimanes finished the 1,600-meter run in a time of 5:01.37, which set a freshman program record. Catsimanes placed second in the event. Her time was the fourth-fastest 1,600-meter time in team history.

What makes Catsimanes’ effort even more impressive is the fact she ran the record-breaking race with only one shoe. Coach Dave Proodian said Catsimanes lost one of her running shoes on the first lap, but the freshman was able to power through the remaining three laps in record time without stopping to replace it.

Junior Jack Shippy put together a strong all-around effort, placing first in the 200-meter dash and second in the 100-meter. Shippy also took second in the long jump with a leap of 21-feet-3-inches.

Golfers Alex Pak and Christian Wentzel teamed up to post a score of 58 (-14) at Aliso Viejo Country Club on March 6 as part of a team scramble event, which helped power the San Clemente boys golf team to a first-place finish at the Aliso Niguel Golf Tournament.

A scramble allows each two-man group to play the best positioned ball after each shot, and Pak and Wentzel did not miss. The pair’s 58 is now a tournament record.

Victories over St. John Bosco, La Costa Canyon and Bellarmine College Prep sent the San Clemente boys volleyball team into the quarterfinals of the Best of the West Tournament on March 12.

The Tritons, ranked seventh in the CIF-SS Division 1 coaches poll, squared off against third-ranked Mater Dei in the quarterfinals and lost 19-25, 25-17, 18-20. San Clemente (5-4) also lost to fourth-ranked Corona Del Mar in three sets in the consolation bracket.

Senior Kyler Presho was named to the all-tournament team.

San Clemente was scheduled to play Carlsbad on March 15. Results were not available at press time.

Devericks (180 pounds) claimed the top spot in her division competing against freshman and sophomores. Moreno placed seventh in the 164-pound class.

Devericks also placed second in her division while competing against junior and senior wrestlers on March 12.