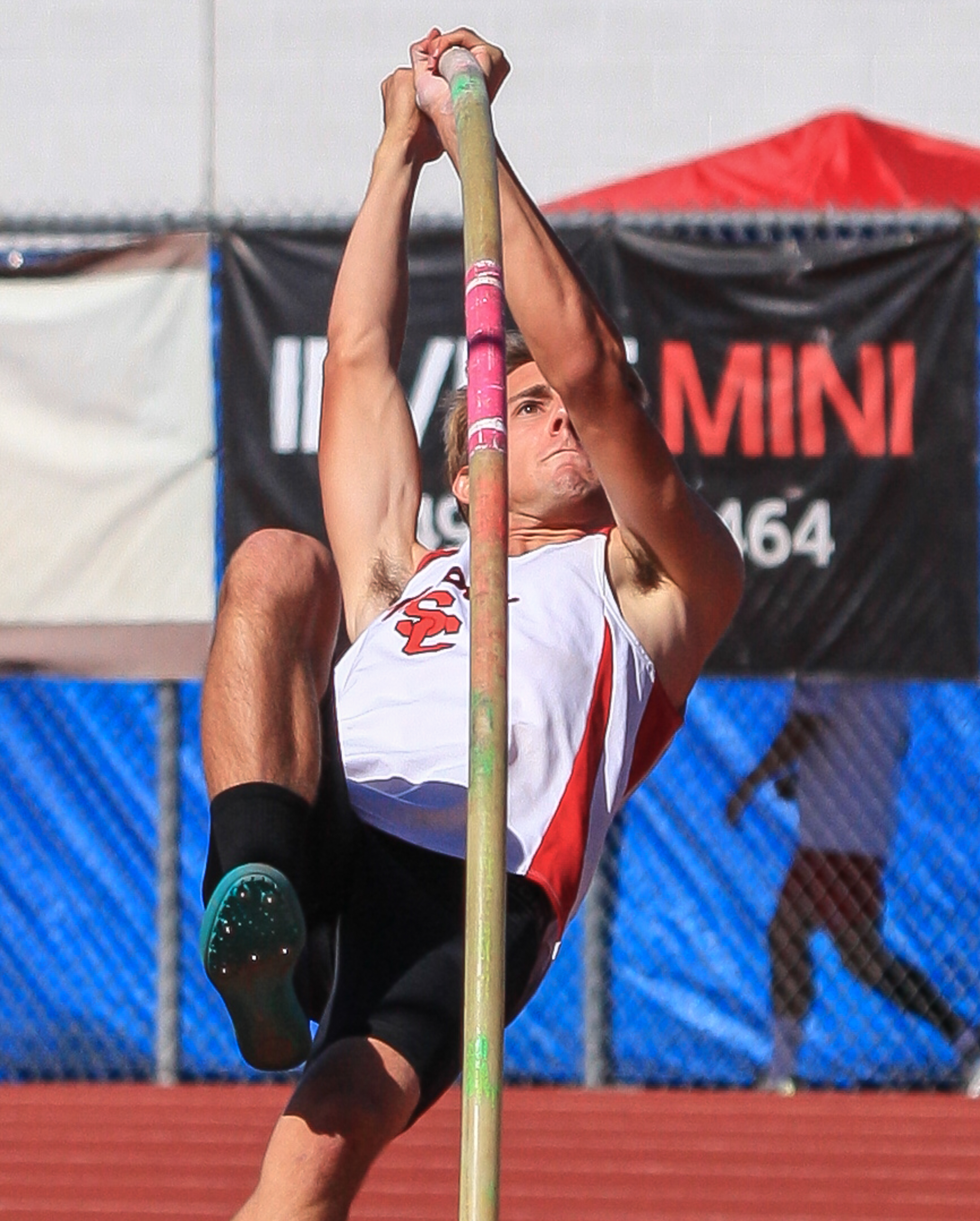 For the first time in school history, the San Clemente boys track and field team captured a third consecutive league championship. The Tritons won the Sea View League team championship following its performance at the league finals meet on May 14.

Playing without two starters, the San Clemente boys volleyball team defeated visiting Santa Margarita in four sets in the first round of the CIF-SS Division 1 Championships on May 12. The Tritons will travel to play seventh-seeded Westlake on May 12.

Against the Eagles, the Tritons (23-9) were without Aaron Strange and Paul Castellana, who are nursing injuries. San Clemente got contributions from all over its roster, including a 15-kill effort by Jess Hunt. Dillon Waikle chipped in 10 kills and Kyler Presho added eight. Presho also led the team with six blocks. Kian Feiner had 27 assists and Sean Carroll had 20 digs. Bryce Curtis, who sprained his ankle recently, returned to the lineup and recorded six kills and seven digs.

Boys Tennis Defeats JSerra in First Round of Playoffs

The San Clemente boys tennis team defeated visiting JSerra 13-5 in the first round of the CIF-SS Division 2 Championships. The Tritons will travel to play Villa Park in the second round on May 13.