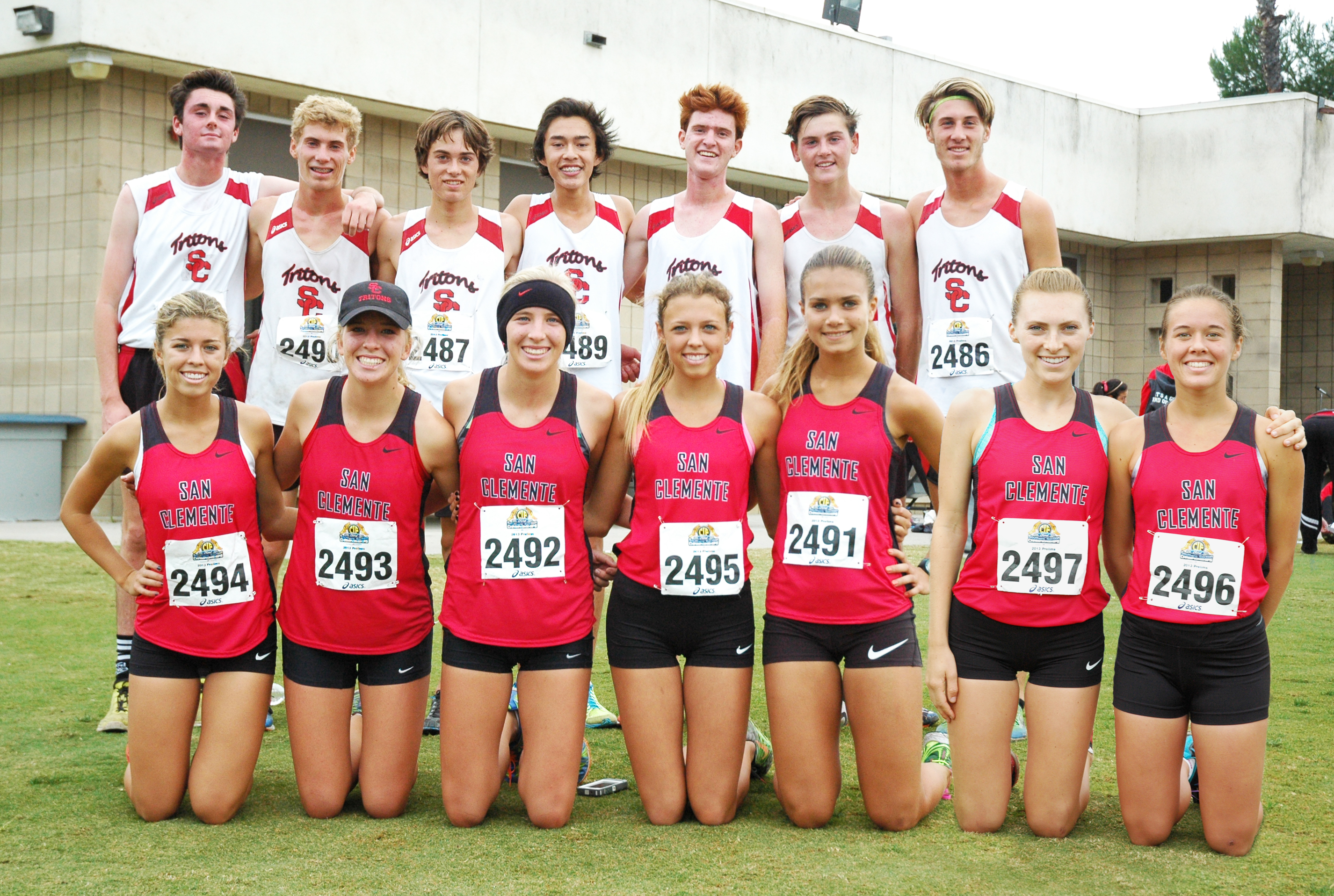 A strong showing from senior Melissa Eisele and junior Kelsey Carroll at the CIF-SS Prelims on November 16 helped vault the San Clemente girls cross country team into the CIF-SS Finals.

Eisele posted a time of 18:09 in Division 1 Race 7 to earn second-place. Carroll finished in eighth. The Tritons benefitted from solid performances by senior Sydney Szabo (17th), freshman Isabella Alston (24th) and junior Katie Carroll (28th) to put the Tritons in second-place as a team.

For their efforts the girls squad will compete in the CIF-SS Finals on November 23 in Walnut. The Tritons are attempting to qualify for the State Championship meet for an eighth consecutive year.

The top six runners for the San Clemente boys cross country team were able to finish in a pack at the CIF-SS Prelims on November 16 but in the end, their seventh-place finish as a team was not enough to advance them to the next level of competition. It was the first time the boys squad had advanced to the prelims in 18 years.

The Tritons top six finished within 20 seconds of one another and they were paced by Connor Dunne’s time of 16:38. Dunne finished 50th overall. Matthew Shelton (52), Matthew Parker (60), Sean Riley (64), Jeremy Brady (72) and Joshua Vollebregt (73) finished behind him.

The San Clemente girls volleyball season came to an end on November 14 following a three set sweep at the hands of Lakewood in the CIF-SS Division 1AA Championships second round. The Tritons were defeated 25-16, 26-24, and 25-21. Cali Hoye had 10 kills to lead the way for the Tritons, who advanced to the second round after toppling Beckman 3-1 in the first round.