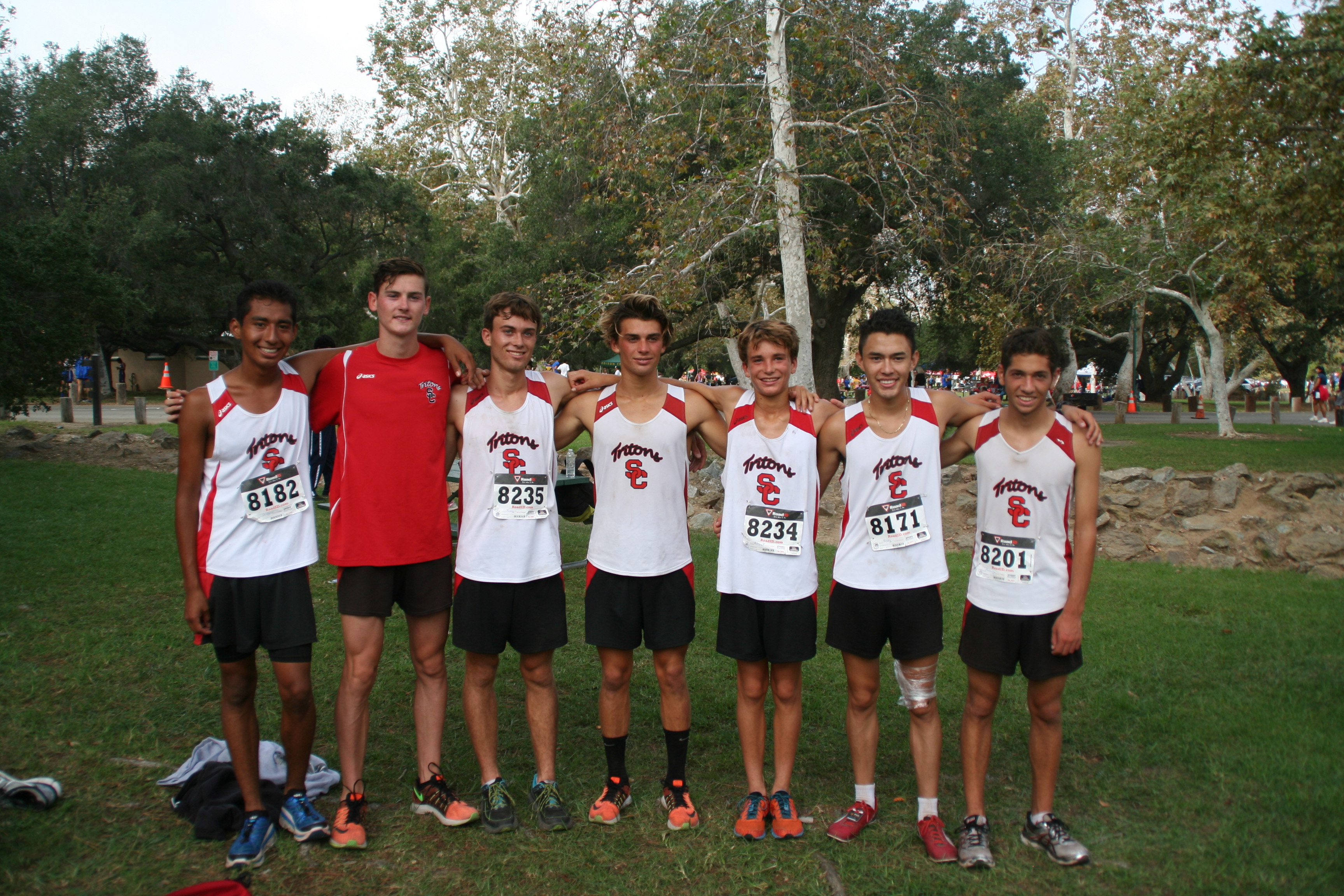 Dunne’s time of 15:45 earned him a 30th-place finish and De Jesus, who clocked in just seven seconds behind Dunne, took 40th at the prestigious race. Sean Riley and Patrick Riley finished 61st and 64th, respectively.

The Tritons girls cross country team competed in the Division 2 varsity race at the OC Championships and placed fifth overall.

Both Triton teams will make the trip to compete at the Mt. SAC Invitational on Oct. 24.

The San Clemente girls’ golf team showed its depth that won them a South Coast League title at the league finals tournament on Oct. 20. All six of the Triton golfers advanced to the second day of competition for the first time in program history, and three players qualified for CIF individual competition.

Seeburger, French and Dalkas will play in the CIF Southern Individual Regional at Dad Miller Golf Course on Oct. 26.

The Tritons finished the regular season with an 11-3 overall record, including a 7-1 mark in the South Coast League. The Tritons captured the league title for the first time since 2009.

As a team, the Tritons will continue postseason play at the CIF Southern Team Championship at Lakewood Country Club on Nov. 2.

The Laguna Hills High School football team should have plenty of motivation when they travel to play San Clemente in a Sea View League matchup on Oct. 23.

The Hawks (5-2, 1-1 league) saw a 14-point lead evaporate in the second half against Capistrano Valley last week, as the Cougars rallied late and emerged with a 32-21 victory. The loss no doubt will still be on the minds of the Hawks, who are also playing inspired football for their head coach.

This will be the final go around in league play for Laguna Hills’ longtime coach Bruce Ingalls, who announced he will be stepping down from the job at the start of the year. Ingalls has been a coach on the Hawks staff for 29 years and has been the head coach for the past 17 seasons.

The Hawks won one game last season and have made a noticeable jump so far in 2015.

“You can definitely tell the kids are playing for (Ingalls),” San Clemente head coach Jaime Ortiz said. “It’s an honor and a privilege to coach against him this season. He’s one of the most respected coaches in Orange County. For us it’s a good test to kind of see where we’re at.”

The Tritons (5-2, 1-0) had no problem stopping Capistrano Valley and their prolific running back Tyler Waggoner on Oct. 9 in a 42-6 win, and Ortiz said the Hawks game plan will pose a similar threat this week. Ortiz said the Hawks are a run-dominant squad and will attempt to slow things down by huddling up before plays. It should be a stark contrast to the Tritons, who employ a no-huddle, up-tempo offense.

The game against the Hawks will be the homecoming game, and the Tritons will take part in the annual homecoming parade on Avenida Del Mar before the game.