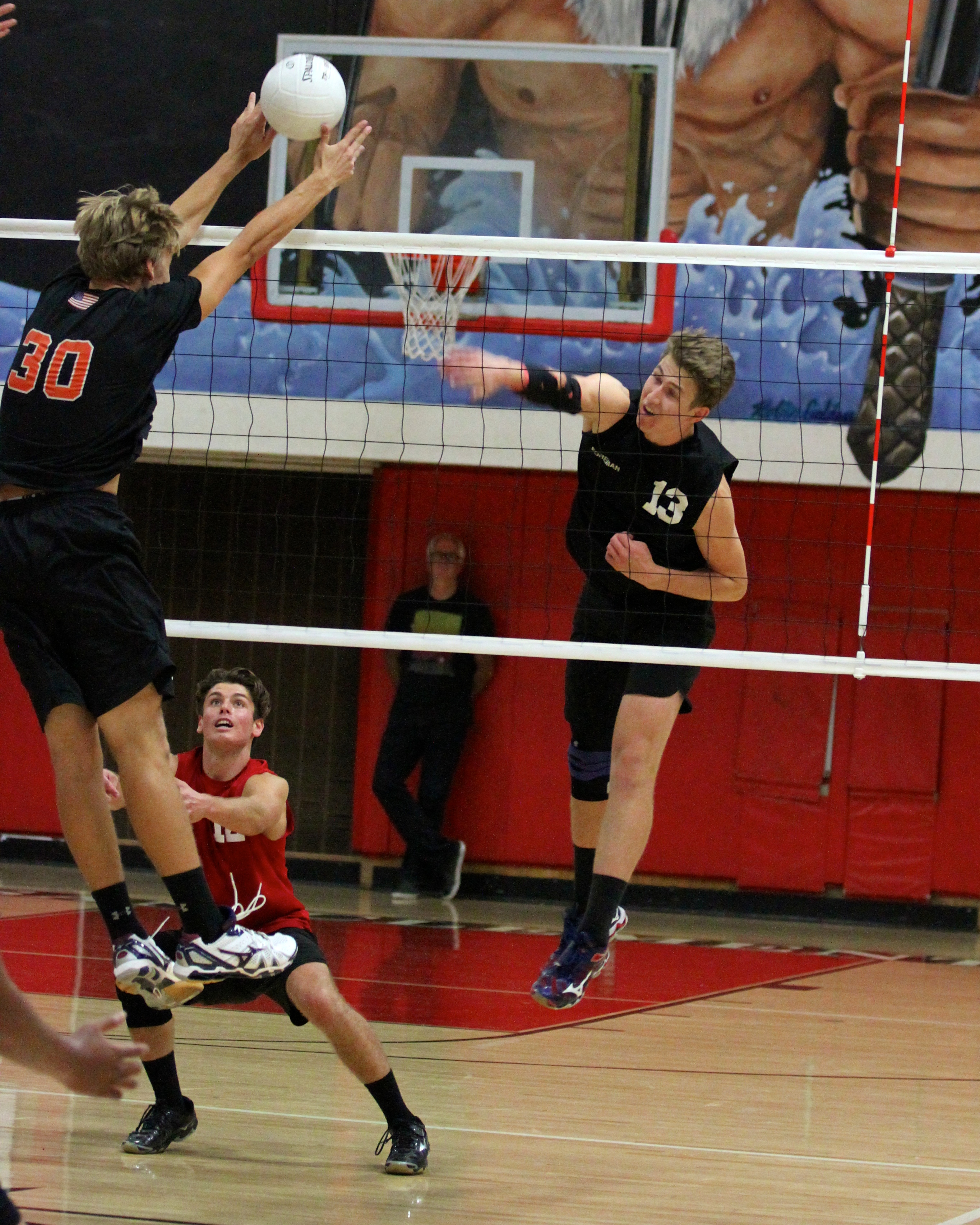 For a full version of this article, visit www.sanclementetimes.com

Reigning CIF-SS Division 1 boys volleyball champion Huntington Beach took another step towards a repeat title on May 16 as they swept San Clemente in three sets 25-23, 25-15, 25-18.

Standout senior outside hitter TJ DeFalco led the way for the Oilers (35-0), who have not lost in two seasons, with 19 kills. Josh Tuaniga recorded 38 assists in the win.

The Tritons (28-7) paved their way to the postseason quarterfinals with wins over Redondo Union and Harvard Westlake in the first and second rounds, respectively.

Hopper, Broussard and August will all continue their playing careers in college at UC Santa Barbara, UCLA and UC Irvine, respectively.

A 22-7 overall record, wins at the National High School Invitational and Loara Tournament and their run at an outright Sea View League title have kept the San Clemente baseball team at the top of the CIF-SS Division 2 rankings for most of the season.

When the final rankings came out on May 18, the Tritons were still No. 1 and will be in that spot heading into the opening round of the playoffs, which begin May 22.

The top-seeded Tritons will play the winner of the wild card play-in game between Pasadena and Bellflower, which was scheduled for May 20. Results were not available at press time.

Pitchers Andre Pallante and Will Tribucher have emerged as a powerful one-two combo that will guide the Tritons into the postseason.

Pallante (7-1), a junior, has made eight starts for San Clemente and has thrown 62 1/3 innings, five complete games and has an ERA of 1.68. Pallante has struck out 55 batters and allowed only eight walks all season.

“(Pallante) has really been our horse for us. He’s stepped in very nicely. Without him I don’t think we’re in the same spot,” head coach Dave Gellatly said. “He seems to get stronger and stronger. As the season has progressed I think he’s pitching more like a senior, more confidence … he’s just a fierce competitor.”

Tribucher (5-1) has been equally effective over 46 innings pitched. Tribucher has a 1.52 ERA and is holding opposing hitters to a measly .184 batting average. Tribucher is also hitting .362 with 10 RBIs batting in the heart of the Tritons order.

The Tritons bullpen, anchored by senior Dylan Riddle, has been solid as well. The Tritons entire pitching staff finished the regular season with a cumulative 1.76 ERA.

The trio of senior Billy Whitaker, sophomore Michael Bott and junior Jay Yeam has been close to unbeatable in singles tennis play this season. The three have led the Tritons all year long and, against Diamond Bar in the CIF-SS Division 2 quarterfinals, they did not disappoint.

Whitaker led off singles play with a win over Diamond Bar’s top player and the No. 2 seeded player in Division 2, sophomore Neil Tengbumroong. Bott then won his match over Tengbumroong and Yeam finished off the sweep of the top player in his match, a rarity considering Tengbumroong’s pedigree in tournament play.

Behind their strong singles play, the Tritons went on to defeat Diamond Bar 14-4, earning a berth in the postseason’s semifinals for the first time in school history.

While the doubles team of Caden Spencer and Chris Torcaso have been very solid this season, going 26-2 overall, the singles trio has been the driving force behind the Tritons success.

“A lot of teams that play us, it’s hard to go from the first one to the next to the third. They realize ‘Oh my gosh, we’re going to have to work so hard all day long’ and that can be mentally taxing on them,” head coach John Stephens said.

Whitaker, Bott and Yeam have won a combined 187 games out of a possible 193 this year, dropping only six games between them, including in the playoffs.

The Tritons were scheduled to host No. 2 Arcadia in the semifinals May 20. Results were not available at press time.

A three-run seventh inning propelled the San Clemente softball team past Laguna Hills on May 13 to seal a 3-2 victory and the Sea View League title.

The Tritons won their final four league games of the season to capture the title and they did so in dramatic fashion. The team’s final three games, against Trabuco Hills, San Juan Hills and Laguna Hills, respectively, were all decided by one run and two of the games came down to the final inning. San Clemente’s game against the Stallions ended with a walk-off in the bottom of the seventh

The Tritons will host Northwood out of the Pacific Coast League in the opening round of the CIF-SS Division 3 playoffs on May 21.

On May 9, San Clemente’s Sam Darnold was named the O.C. Prep Football Player of the Year at the Brea Lions Orange County All-Star Game luncheon.

Darnold led the Tritons (12-2) to a Sea View League title and an appearance in the CIF-SS Southwest Division championship game in 2014.

The Brea Lions O.C. All-Star Game will be held on July 9 at Orange Coast College.