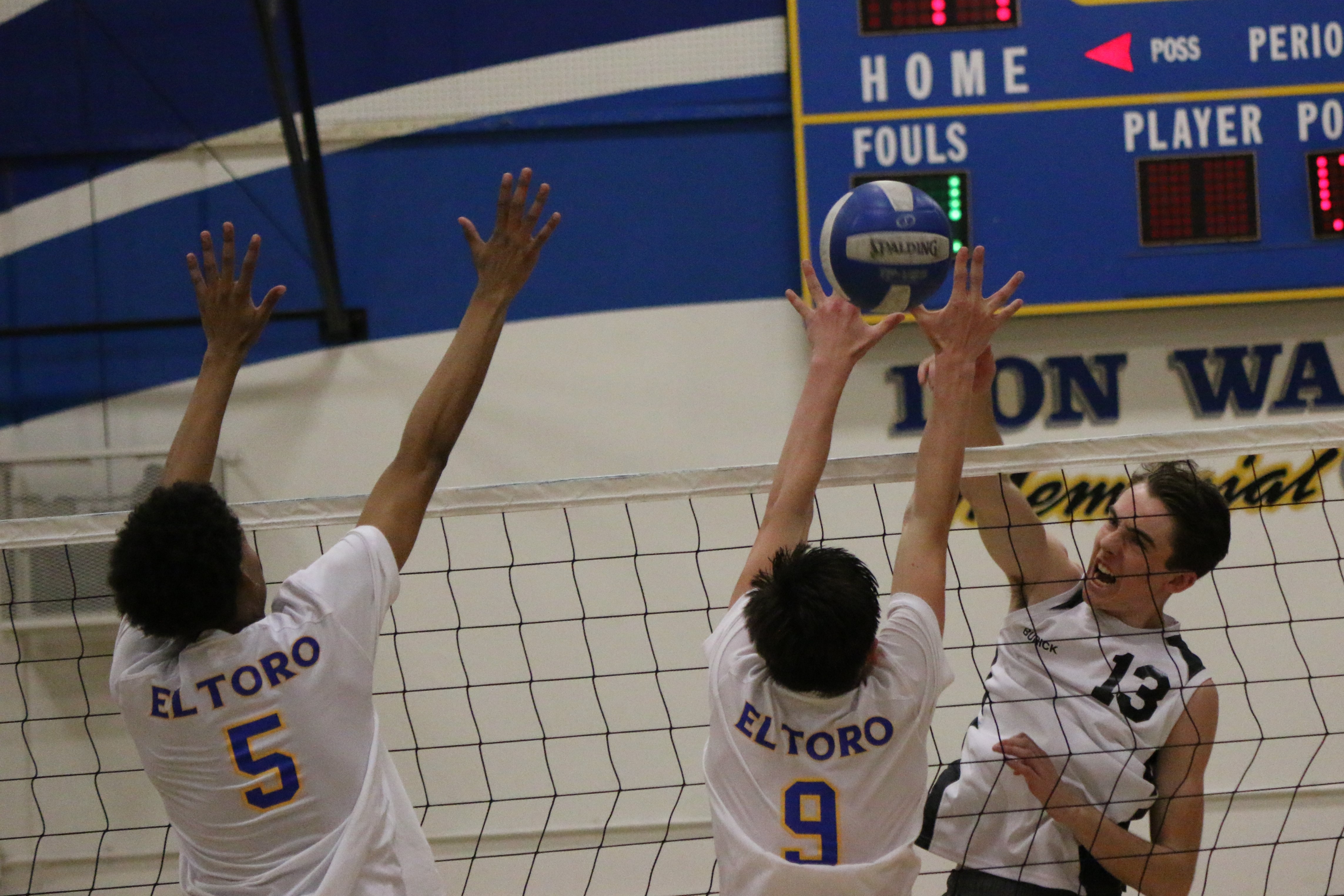 Volleyball Ready for Rematch with Dolphins

Since losing its South Coast League opener to rival Dana Hills three weeks ago, the San Clemente boys volleyball team has not lost a match. The Tritons (14-5, 3-1 league) went through the rest of the league with relative ease, and will host the Dolphins on their home court on April 20.

San Clemente picked up consecutive three-set sweeps against Aliso Niguel, Tesoro and Capistrano Valley, respectively, and took down El Toro in a nonleague match on April 18.

The Tritons roster got a big boost following the return of senior Sean Carroll from injury. Carroll recorded a team-high nine digs in the win over Capo Valley.

“(Carroll) really adds to our ball control, defense, serve-attack and he is our natural floor leader,” coach Ken Goldstone said. “The team has really responded to his return.”

The Dolphins (13-11, 4-0) will enter the match on April 20 with a one-game lead over the Tritons in the league standings.

San Clemente student-athletes Evan Banks, Marina McDonough and Kyle Marshall signed their National Letters of Intent during a ceremony on campus on April 12, the first day athletes in certain sports are eligible to declare their college of choice.

Banks, a first baseman and pitcher for the Triton baseball team, will attend Azusa Pacific University next fall. McDonough, a standout cross country and track and field athlete, will attend Cal State University San Marcos. Marshall, one of the most accomplished wrestlers in school history, will attend West Virginia University.

The San Clemente girls lacrosse team has won eight of its last nine games, and remains undefeated in Sea View League play with two games remaining on the schedule.

The first-place Tritons (10-3, 6-0) bounced back from a nonleague loss to St. Margaret’s on April 11 with back-to-back convincing league wins over Dana Hills and Mission Viejo on April 12 and April 18, respectively.

The Tritons will host Aliso Niguel in a league contest on April 25.

El Toro was able to edge the San Clemente baseball team in walk-off fashion on April 14, scoring the game-winning run in the bottom of the seventh inning to seal a 3-2 South Coast League victory.