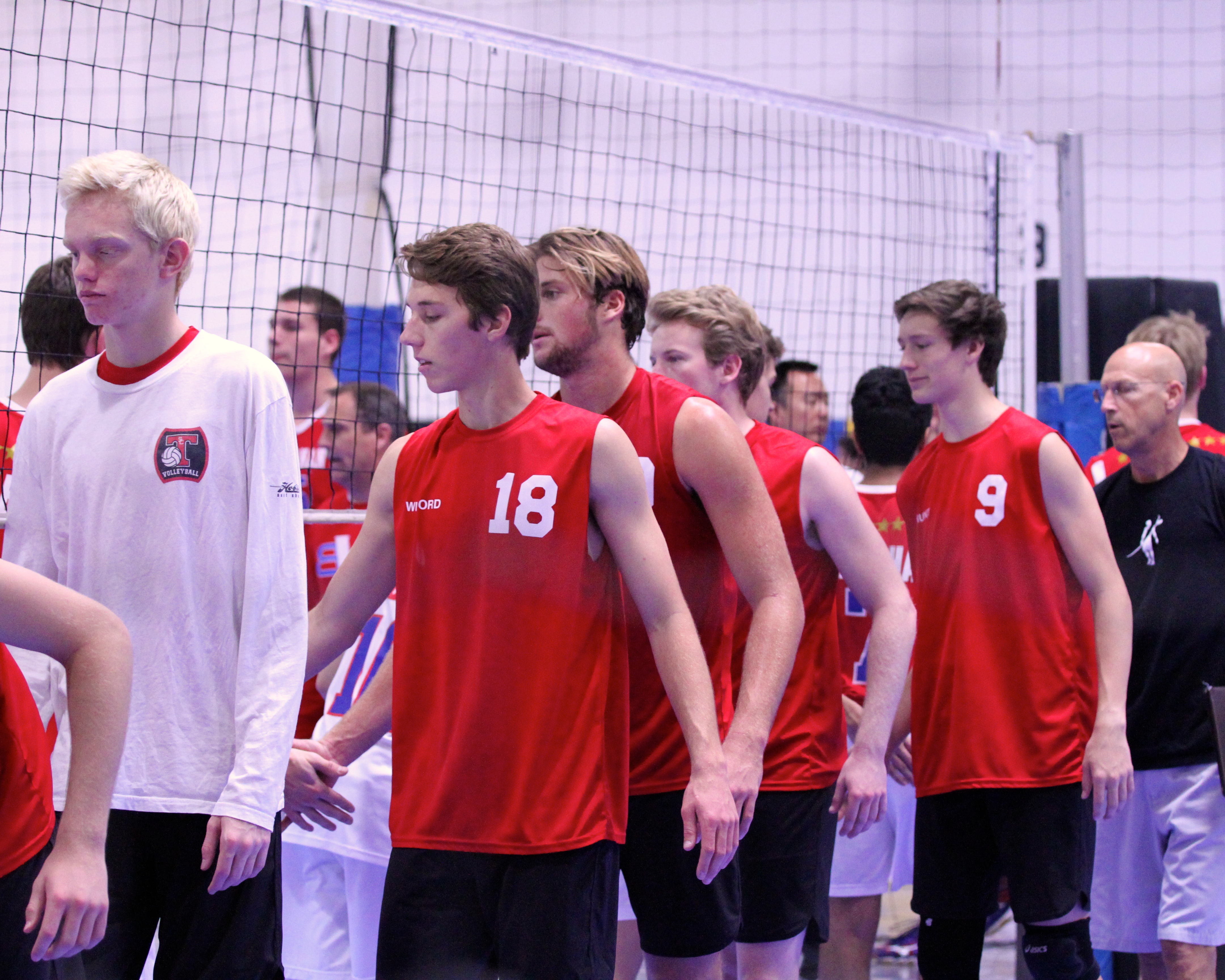 The San Clemente boys volleyball team’s South Coast League opener against Trabuco Hills on March 26 will not be a normal early-season league matchup. As part of the high school’s ongoing 50th anniversary celebration, 50 players from Tritons volleyball past will be in attendance for a pre-game ceremony honoring their efforts on the court. All three Tritons coaches who have manned the sidelines will also be acknowledged.

Standout volleyball players dating back to 1974 and through 2014 will be honored before the current version of the Tritons team takes on the Mustangs at 6:15 p.m.

Junior Bennett Secrest continued his winning ways at the home meet, taking first place in the high jump after clearing the 6-feet-2-inch mark. Secrest also won the high jump at the OC Classic (March 13) and in a meet against Aliso Niguel on March 19.

Racing as an individual, Carroll won the 3200-meter run, posting a time of 11:08. Carroll’s time is currently the 10th fastest time in CIF-SS. Katie Carroll finished fifth in the 3200.

A scoring barrage that stretched from the second to third quarters was all the difference in the San Clemente boys lacrosse South Coast League opening victory over Trabuco Hills on March 24.

The Tritons (4-4) erased a 4-2 first quarter deficit in the second, getting two goals from Jack Renard and one goal apiece from Garrett Eslick, Nick Lemus and David Howren to take a 7-4 lead into halftime.

San Clemente went on to score five unanswered goals in the third to take a 12-7 lead that led to an eventual 15-10 win.

Renard finished with four goals, while Lemus and Eslick each had three.

The Tritons will travel to play Aliso Niguel in a league matchup March 26 before hosting Poway, a perennial powerhouse out of San Diego, on March 27.

After taking a 3-1 lead into the top of the fourth inning of their nonleague matchup against San Clemente on March 24, the Dana Hills softball team decided to go with a strategic pitching change that had been working like a charm in recent weeks.

Normally, once the Dolphins get a lead with hard throwing Serafine Parish as their starter, they switch gears by bringing in the control-oriented sophomore Carlee Russo. But once Russo stepped into the circle, the Tritons bats got hot.

San Clemente recorded seven runs on eight hits over the next two innings to take a commanding lead and an eventual 8-3 victory. The Tritons did not swat any extra base hits in the rally, but strung together single after single and made productive outs.

The Dolphins (9-4) jumped out to an early 3-1 lead when Hailey Hoklotubbe scored on a single that was bobbled in the outfield in the third inning. Madison Killebrew then reached on an error, which allowed second baseman Samantha Williams to score from third.

The Tritons were able to shake off the defensive woes and make up for it with their bats one inning later.

“We had three mistakes (on defense) in that one inning, and that really hurt us. And they kind of picked it up at that point in time,” San Clemente head coach Bill Malcolm said.

Prussak earned the win as the starting pitcher and senior Lauren Kane came on in relief. The pitchers combined to hold the Dolphins bats to four hits.

The Tritons (12-3) entered the game fresh off a tournament victory at the OC Saints Tournament on March 21. San Clemente has finished runner-up in both the Foothill and Saddleback Valley Tournaments this season.

San Clemente will host Dana Hills in the rubber match of their season series on March 26.

Allard Sidelined With Injury as Tritons Head to NHSI Tournament

San Clemente High School standout pitcher Kolby Allard will have to sit out for at least six weeks while recovering from a stress reaction in his back, according to Tritons head coach Dave Gellatly.

Gellatly confirmed Allard’s injury via text, saying the injury is “a precursor to a stress fracture”.

The injury came at an inopportune time for the 6-foot-2-inch senior left-hander and the Tritons, who travel to Cary, N.C. this week to take part in the high-profile 2015 National High School Invitational baseball tournament. San Clemente also opened up Sea View League play with a 6-1 win over Trabuco Hills on March 20.

San Clemente overcame a 5-1 deficit to defeat Lambert High School out of Georgia in the first round of the NHSI. The Tritons tacked on one run in the seventh inning to force extras and came through with two more runs in the eighth inning when Connor Sealey and Trevor Beard recorded an RBI triple and an RBI single, respectively.

The tournament features 16 of the top-ranked high school baseball teams in the country. The Tritons, JSerra Catholic and Huntington Beach were the three programs selected from Southern California.

The good news for the Tritons (8-0) is their pitching rotation has been stellar this year. Six different pitchers, including Allard, have recorded wins and the staff holds a combined 0.58 ERA.