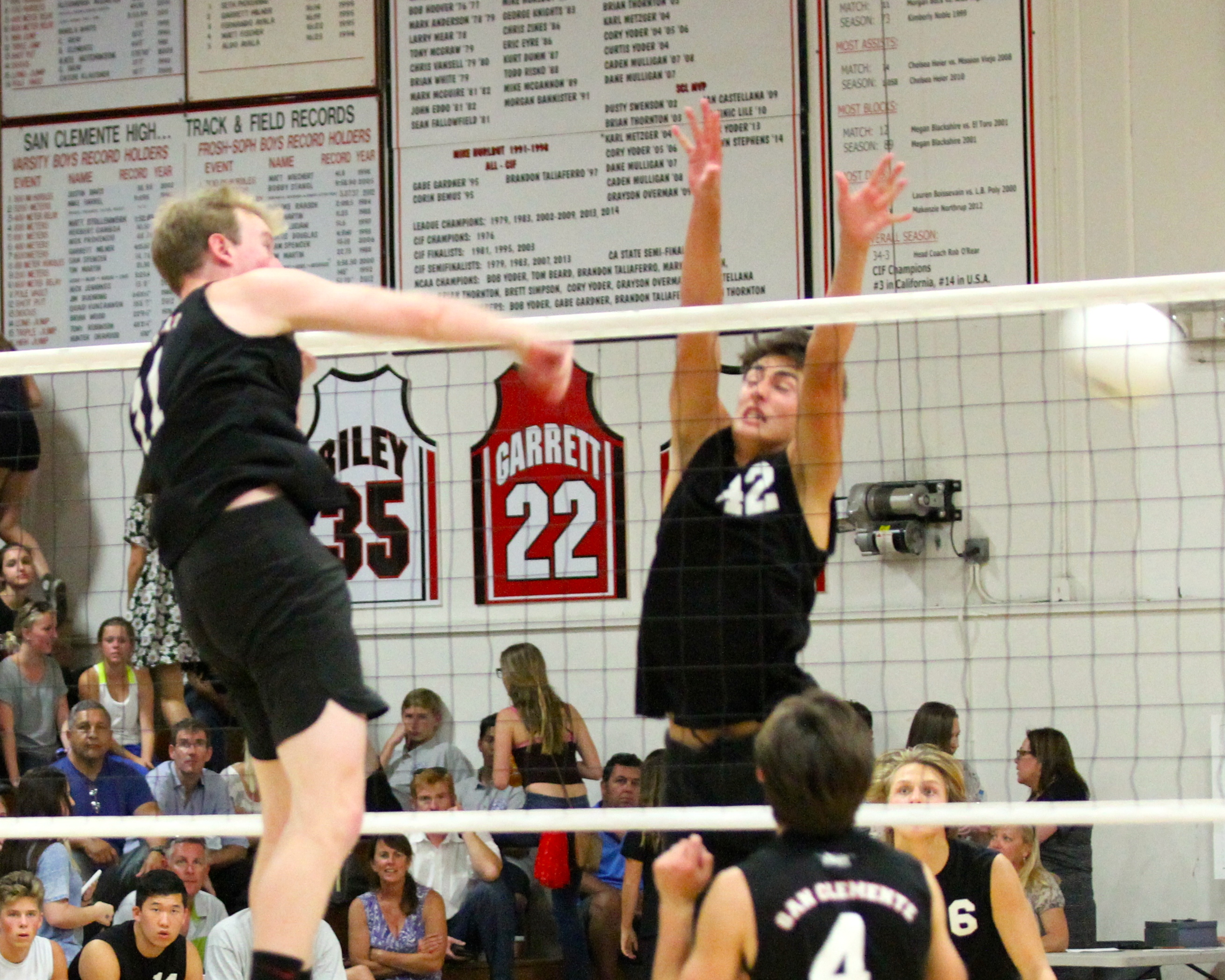 The San Clemente baseball team did not send their top-two starting pitchers to the mound in a nonleague doubleheader against Dana Hills on April 22 and were swept by their rivals 2-1 and 5-4, respectively.

In the first game, the Tritons were stymied by Dana Hills’ senior starter Marrick Crouse, who spun a complete game six-hitter while striking out six and walking none.

The Tritons (17-6, 5-1) were set to return to league play April 29 against Laguna Hills. San Clemente defeated the Hawks 8-2 on April 1. The arms of both top pitchers, Andre Pallante and Will Tribucher, should be featured over the next two games.

The San Clemente boys lacrosse team recently punched their ticket into the U.S. Lacrosse Orange County Championships by securing at least a share of fourth place in the South Coast League.

San Clemente (9-14, 4-3) suffered back to back losses to Trabuco Hills and Aliso Niguel on April 17 and April 23, respectively, before rattling off a convincing 20-9 win over last-place Capistrano Valley on April 28.

In the match against the Cougars, 11 different Tritons notched goals, led by a four-goal effort from Garrett Eslick.

San Clemente will finish league play with a match against Tesoro on May 1. As of April 29, the Tritons would face the Titans in the first round of the playoffs, according to www.maxlaxoc.com.

The San Clemente boys golf team pulled off a season series split with reigning league champion Tesoro by claiming a 199-203 victory over the Titans at Bella Collina Golf Club on April 23.

No Triton golfer medaled, but the win put them in position to finish the season strong.

The San Clemente girls track and field team got four strong performances at the Orange County Championships on April 25 that powered them to a 10-place finish at the high-profile event.

Senior Kelsey Carroll set personal records and earned a pair of third-place finishes in the 1600-meter and 3200-meter runs, with times of 4:56 and 10:49, respectively.

Senior Katie Carroll also set two personal bests, finishing seventh in the 3200 and 15th in the 1600.

The Tritons throwing duo of Anna Gillis and Madison Chronister had strong showings. Gillis places sixth in the shot put and fourth in the discus while Chronister placed third in the discus.

San Clemente will compete in the Sea View League prelims on May 5 and the league finals on May 8.

Prolo also set a new school record in the 100-yard breaststroke with a time of 57.56.

The Tritons improved their record to 3-1 in league competition, with a 93-77 victory over the Titans.