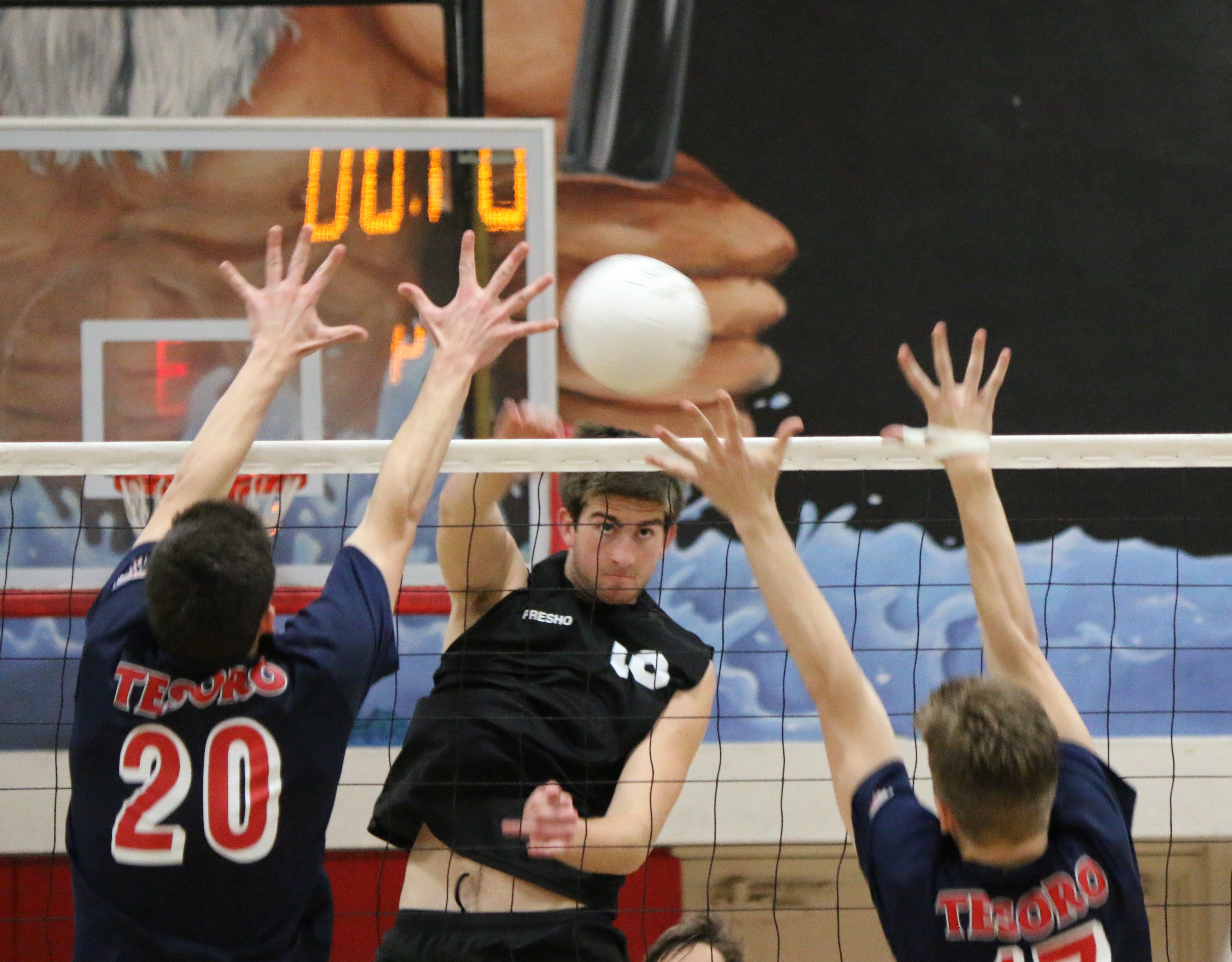 Volleyball Takes Down Tesoro, Jumps into Tie for First

In a game they needed to win, the San Clemente boys volleyball team delivered.

San Clemente was led by Jess Hunt’s 19 kills against Tesoro. Kyler Presho and Kyle Merrill each had 13 kills. Setter Kian Feiner had 52 assists and Sear Carroll had 26 digs.

The match marked the return of the Tritons standout senior captain Paul Castellana, who has been nursing a leg injury all season.

The San Clemente and Dana Hills boys golf teams were tied 192-192 at the end of their South Coast League match at Bella Collina Golf Club on April 11, prompting the need for a sixth man’s scorecard to be counted. The Tritons’ sixth man had the lowest score, giving them the victory.

On April 12, San Clemente (7-1, 4-1) defeated Tesoro 205-209 for another league victory. Tritons freshman Alex Pak earned medalist honors by carding a 38 (+2) on the front nine of Coto de Caza Golf Course. The win put the Tritons at the top of the league standings.

Boys Lacrosse Bounces Back With Pair of Wins

San Ramon Valley was able to tie San Clemente (7-7, 4-0) at 7-7 in the fourth quarter on April 7, but the Tritons scored one goal and shut out San Ramon Valley in overtime to pick up an 8-7 win.

San Clemente extended its lead in the South Coast League standings after a convincing 13-7 victory over Aliso Niguel.

San Clemente will travel to play Tesoro on April 21.

San Clemente was scheduled to play Aliso Niguel in a league game on April 12. Results were not available at press time.

Senior Connor Dunne continued his spectacular season with a first-place finish in the boys one-mile run invitational event. Dunne posted a winning time of 4:09.45. Dunne leads the nation in the one mile and 1,600-meter run.

Senior thrower Anna Gillis placed 12th in the shot put with a throw of 36-01. Gillis also placed 11th in the discus after recording a throw of 114-00.