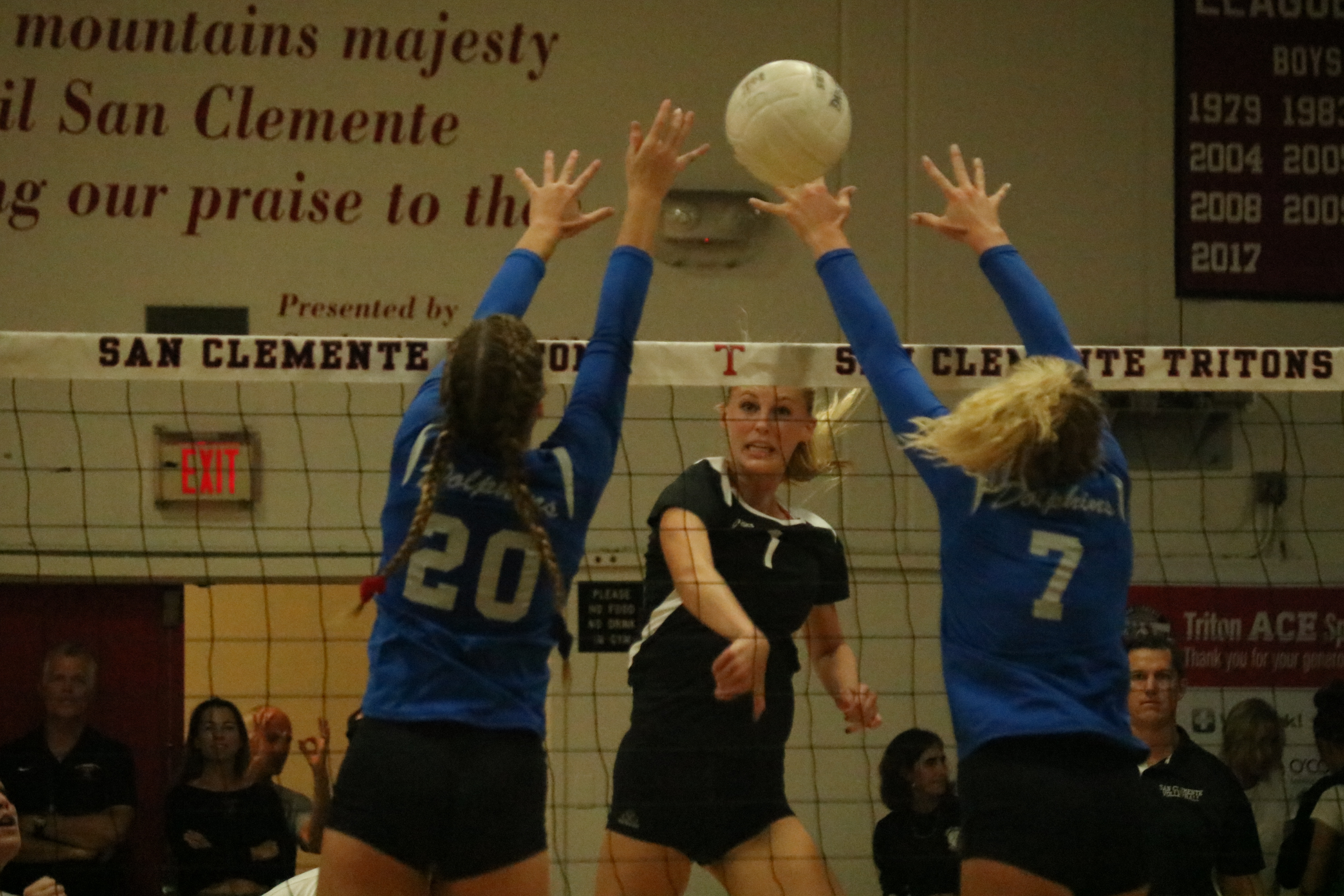 The San Clemente girls volleyball team made a strong run through league and the CIF-SS playoffs, but the Tritons’ season has ended in back-to-back, five-set road defeats.

Following a loss to Trabuco Hills in the CIF-SS Division 2 semifinals, San Clemente went to Notre Dame of Sherman Oaks in the CIF State Division 1 first round and lost another frustrating five-setter on Tuesday, Nov. 6.

The Tritons dropped extended first and fifth sets to the Knights, 27-25 and 17-15. San Clemente bounced back from the first set to take the lead with wins in the second and third sets, 25-22 and 25-21. Notre Dame took the fourth set, 25-21, and outlasted San Clemente in the fifth to advance.

Tennis Dropped in Second Round

After claiming a fifth consecutive shared league title, the San Clemente girls tennis team found a rough go in the second round of the CIF-SS Division 1 playoffs.

The Tritons took their first-round match at home over Newport Harbor, 13-5, on Oct. 31, but they couldn’t take that magic on the road. San Clemente lost at San Marino, 11-7, on Friday, Nov. 2.

San Clemente boys water polo will play in the seventh-place game at Laguna Beach of the CIF-SS Division 1 consolation bracket on Thursday, Nov. 8. A potential draw in the CIF SoCal Regional Championships will be known on Nov. 11.

The league champion San Clemente cross country programs will compete in the CIF-SS preliminaries on Saturday, Nov. 10 at the Riverside Cross Country Course. The CIF-SS Finals will be at the same location on Nov. 17.