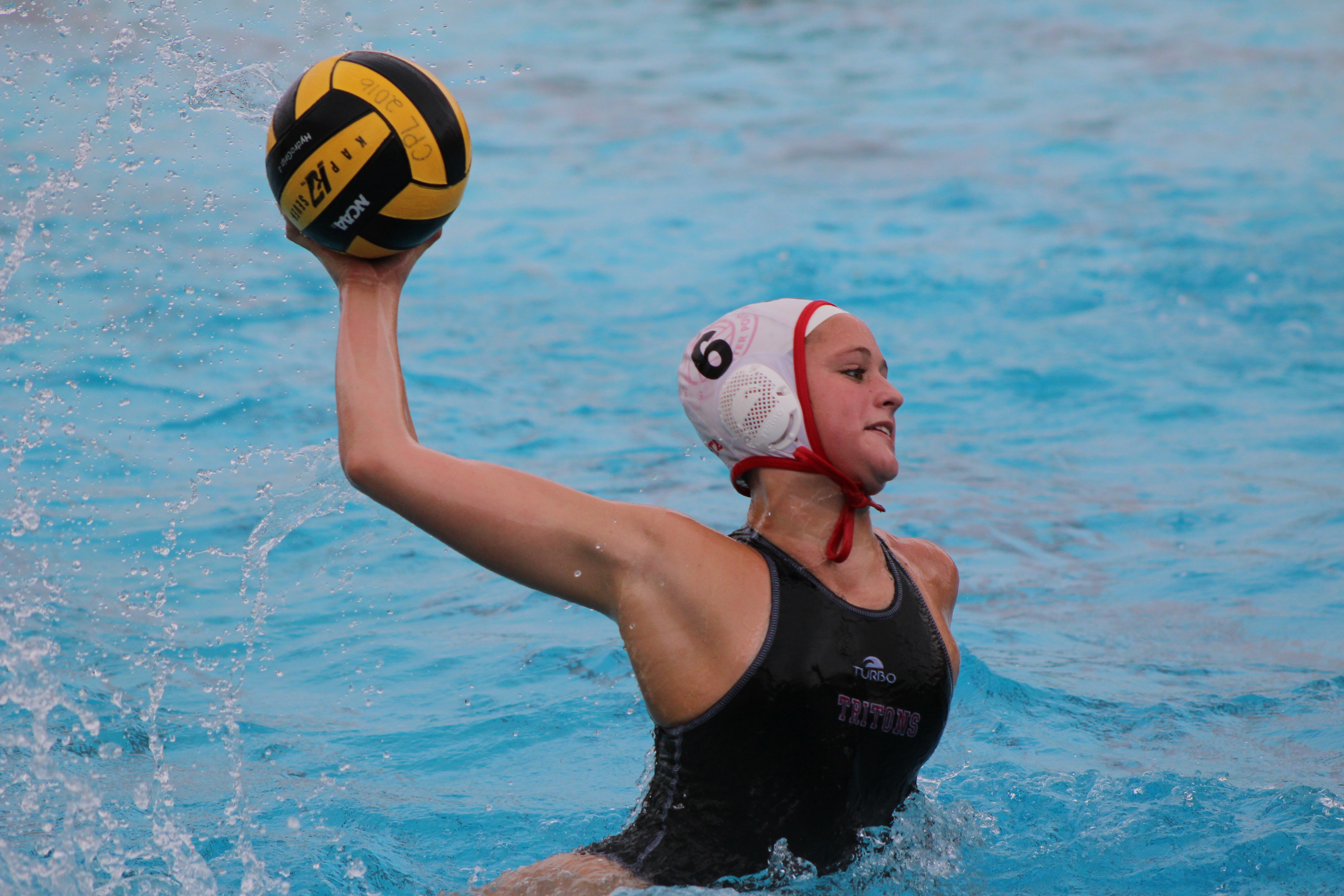 Freshman Caroline Christl and senior Tera Richardson both scored a game-high three goals in the 8-6 win. The Tritons held a 6-4 advantage at the half, and kept the lead the rest of the way. Goalie Victoria Reardon recorded nine saves.

San Clemente (12-10, 6-0 league) has won four games in a row, and sits firmly atop the South Coast League standings.

Boys Hoops Distances Itself from Pack

The San Clemente boys basketball team claimed at least a share of the South Coast League title for a third straight season after defeating Trabuco Hills 59-50 on Feb. 1.

San Clemente will have a chance to claim the outright league title when it plays host to El Toro on Feb. 3.

Blake Birmingham led all scorers with 21 points against the Mustangs, and Trabuco Hills was led by Chase Anderson’s 18.

The tournament featured all six of the member-programs, and the Tritons finished behind Aliso Niguel in the final standings.

The team will head to the CIF-SS Prelims on Feb. 3.

In addition to the eight wrestlers who automatically qualified, four Triton wrestlers were named alternates for CIF competition.

Girls Basketball in the Hunt for League Title

With two games remaining on its schedule, the San Clemente girls basketball team will have to win out and hope that first-place Aliso Niguel falters down the stretch if the Tritons are to claim the league hardware.

San Clemente (14-10, 4-2) trails the Wolverines by two games in the South Coast League.

The Tritons bounced back after a 64-40 loss at the hands of Aliso Niguel on Jan. 26 by trouncing San Juan Hills on the road 65-49 on Jan. 31. San Clemente’s Ella Dardiner and Shae Waters scored 15 and 11 points, respectively. The Tritons will host El Toro on Feb. 2.

The third-place San Clemente girls soccer team will host first-place Aliso Niguel in a pivotal South Coast League match on Feb. 2. The Tritons lost their first meeting against the Wolverines 5-0 on Jan. 17, and Aliso Niguel has not lost since Dec. 28.